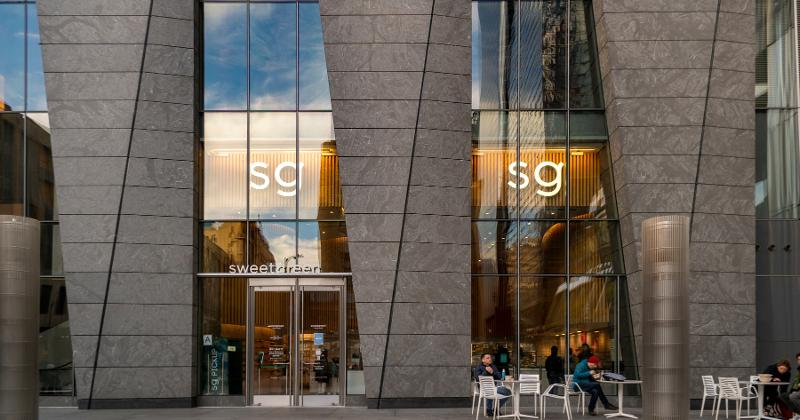 Sweetgreen, the 140-unit fast-casual salad chain founded by three new college graduates 14 years ago, set its stock price at $28 late Wednesday—$3 higher than the high end of its marketed range—as it readies to go public on the New York Stock Exchange Thursday, according to a statement from the chain.

Sweetgreen is offering 13 million shares of its stock, which will trade under the symbol SG, for a total of $364 million in its initial public offering. That’s about $89 million more than the projected IPO amount for the middle of Sweetgreen’s previous pricing range of $23 to $25 per share. Sweetgreen also filed a last-minute offering of about a half-million extra shares above its earlier prospectus.

That would put Los Angeles-based Sweetgreen at a valuation of about $3 billion, despite not reporting a profitable quarter at any time since its founding.

By mid-day Thursday, Sweetgreen's stock was soaring, trading at more than $51 a share or roughly 82% above its starting price.

“To date, we have not achieved profitability in any fiscal period, in large part because we have consciously invested in our operating and technology foundation,” Sweetgreen noted in its original S-1 filing.

Sweetgreen has a portfolio of largely urban stores, built to feed $12 salads topped with Buffalo cauliflower and warm quinoa to downtown office workers. With those cubicle dwellers sent home during the pandemic, the chain’s traffic took a significant hit.

In addition to its traditional locations, Sweetgreen runs a large number of what it calls “outposts”—order pickup areas in office buildings—designed to make delivery more cost-effective for the chain.

Before going public, the company has been a darling of private investors. Sweetgreen raised $156 million in January from Durable Capital Partners, after some $350 million in fundraising in the year before that.

Sweetgreen will likely use some of its IPO funding to build up its tech infrastructure as it seeks to double its unit count over the next three to five years.

In its prospectus, Sweetgreen noted that 68% of its revenue this last fiscal year came through its digital channels, with 47% of the revenue coming through the chain-owned digital channels.

Sweetgreen also intends to build out the technology behind Spyce, the robot-powered bowl concept with an electric delivery fleet that it purchased a couple of months ago.

With its IPO, Sweetgreen joins a veritable parade of restaurant brands that have taken to Wall Street this year. On Wednesday, Brazilian steakhouse chain Fogo de Chao filed its IPO documents, becoming the seventh restaurant brand to do so in 2021. Also on the list are Krispy Kreme, Dutch Bros, Portillo’s and First Watch. Panera Brands recently said it intends to go public but has yet to file.

This story has been updated to include Sweetgreen's latest stock price.