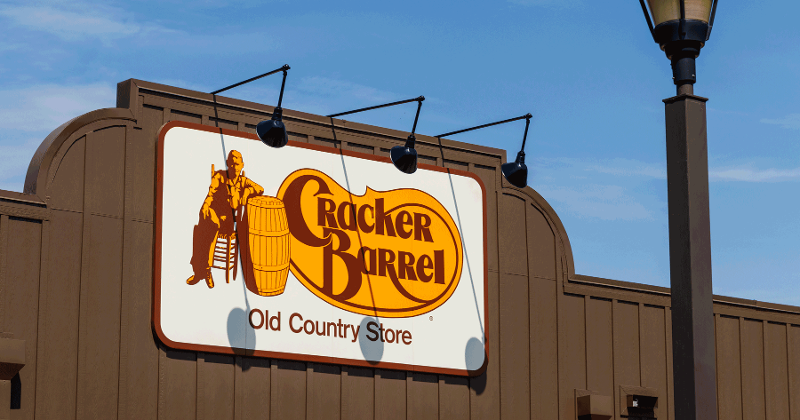 Snow and arctic temperatures forced Cracker Barrel to close 126 of its stores across the South, or nearly one-fifth of the chain, the family chain said Tuesday.

Even in markets that were not shuttered by snow or the inability of employees to travel to work, the freakishly bad weather kept customers “from being out in it,” CEO Sandy Cochran told financial analysts Tuesday. “So our business was broadly and dramatically impacted.”

She did not say how many of the stores have reopened as conditions eased slightly and Texans adjusted to the unfamiliar weather.

The assessment of the cold snap’s impact, one of the first from a public restaurant company, came during Cracker Barrel’s conference call with financial analysts on results from the second quarter ended Jan. 29. During the call, management revealed that the family-focused chain will start a test on Friday of a virtual concept, a delivery-only venture featuring chicken and biscuits.

That test is in addition to an ongoing trial of what the company calls CB Kitchen, a traditional Cracker Barrel unit in Indianapolis that has been converted into essentially a commissary kitchen for delivery-only meals. The venture could also be used to prepare catering orders when that business bounces as the pandemic eases, Cochrane revealed.

At present, she indicated, the facility is being used to prepare Cracker Barrel’s Heat ‘n Serve meals, or family sized offerings The facility took pressure off nearby units by producing Cracker Barrel’s Heat ‘n Service selections, or family style meals that customers reheat and serve at home, the CEO continued. The chain saw “high demand” for those heat-and-eat options during the 2020 year-end holidays, in part because smaller-sized meals were offered.

Cracker Barrel intends to build on that momentum by adding a new Heat ‘n Serve option for Easter, a prime rib dinner that promises to feed six people at a price of $109.99.

While the Easter occasion is smaller than the Thanksgiving and Christmas occasions, we're optimistic that we will again see strong demand offering,” Cochran said.

But the chain is sticking with its scaled down menu, a bill of fare that’s 20% smaller than the listing offered through roughly the first half of 2020, management indicated. Still, while keeping close to that sized menu, the chain is experimenting with a number of new options, including hand-breaded chicken tenders and a chicken sandwich offered as a catering option.

The chain’s previously announced addition of beer and wine has been slowed by problems related to the pandemic, Cochran revealed. The adult beverages are currently available in 350 of Cracker Barrel’s 660 units, but the alcoholic options won’t reach the chain’s 600-store target until the first quarter of fiscal 2022, the CEO said.

For the second fiscal quarter, Cracker Barrel’s restaurant sales climbed to within 78.1% of pre-pandemic levels. Management did not provide preliminary results for February.