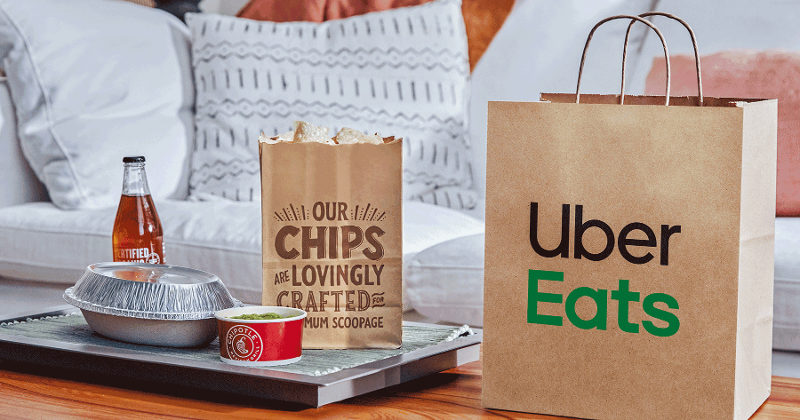 There’s been plenty of news on the third-party delivery front of late. Uber Eats completed its purchase of Postmates earlier today, as my colleague Joe Guszkowski reported, and DoorDash set an initial price range for its upcoming initial public offering.

These two events, following the sale of Grubhub to Just Eat Takeaway, promise to radically change the market for third-party delivery in the U.S.—potentially setting the burgeoning industry up for some form of profitability while shifting the competitive dynamic.

Consider this: As third-party delivery demand soared during the pandemic, the profitability of some of the players in that business soared along with it. DoorDash, which makes up about half of the U.S. market for third-party delivery, recorded a profit in the second quarter of this year--$23 million in net income, to be specific. A year earlier it lost $190 million with about a third of the sales.

We have long felt that the market for third-party delivery needed to change because existing services couldn’t generate a profit. And profit, after all, is why businesses do business. It has been the industry’s biggest question since its emergence in 2017 and 2018.

But we also felt that the business would remain. There is demand for it, after all, and so long as consumers demand a service, companies will provide it. In addition, convenience always wins in the restaurant business.

The pandemic has provided a preview of what that service could look like. Quarterly revenue for DoorDash has skyrocketed during the pandemic. Consider: In the last three months of 2019 the company generated $298 million in revenue. In the third quarter ended Sept. 20 it generated $879 million in revenue. In other words, DoorDash sales nearly tripled in less than a year.

In the process, it went from an operating loss of $137 million in the fourth quarter of 2019 to a loss of $35 million last quarter. Much of that loss was due to dramatic increases in general and administrative spending (double what it was in the second quarter) as well as marketing—it spent $290 million to market itself last quarter, for instance.

Yet the numbers suggest that the sector can generate profits through popularity. The more business the delivery providers generate, the more efficient the model and the better the profitability.

One big question for DoorDash is whether it can continue to grow without spending so much on marketing. “In order to grow our business, we must cost-effectively attract new consumers and increase their engagement with our local logistics platform over time,” the company said in a securities filing.

The other one, both for DoorDash and its competitors, is whether the customers gained during the pandemic will remain. That is far from certain—it can be expected consumers will go back to some old habits once the quarantine is over for good, and that would ultimately reduce demand for delivery. Price for delivery food is another major question mark, and a post-pandemic consumer might not be so tolerant of 80% premiums for delivery.

In any event, the IPO and the two acquisitions are strengthening the third-party delivery industry.

That can be good for restaurants—the service helped many businesses generate sales they otherwise would not have during the pandemic, providing a level of convenience many restaurants never had.

In a normal world it also makes restaurants more competitive for the at-home consumer who generally belongs to grocers and pizza chains.

Yet it also puts restaurants at a disadvantage, changing more of their cost structure to fit a consumer that costs more to serve.

Delivery fees cost money, after all, and the greater the percentage of restaurant consumers use delivery, the less profitable that restaurant is. It’s why Chipotle, Noodles and others charge more for delivery customers.

Three big delivery players could do a lot more to dictate the restaurant market. They can dictate higher fees or other provisions, such as requiring companies to charge non-delivery customers the same prices as delivery customers. They can talk operators into creating ghost concepts that compete with local restaurants.

If consumers grow more dependent on these larger delivery players, then restaurants will have little choice but to deal with them, whether they want to or not.