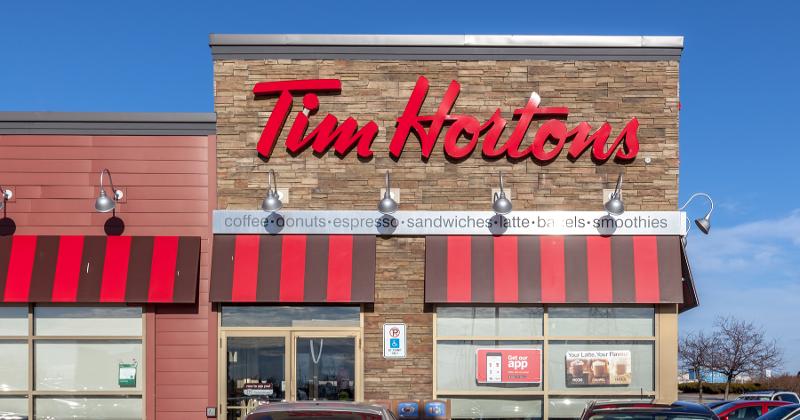 Tim Hortons has made a number of improvements to its menu and its digital strategy. Now the Canadian coffee and doughnut chain wants to tell more people about them.

The Toronto-based company on Monday said it plans to invest C$80 million ($64 million U.S.) to support what it calls its “Back to Basics Plan,” including improvements to its product quality and various digital strategies—notably its Tims Rewards loyalty program.

Tims said that its investment will provide a substantial increase in overall advertising this year.

But the company is also charging franchisees more for advertising, increasing their contribution to the ad fund by 0.5%--which it says is the historical level permitted under operators’ current franchise agreements. Tims said the increased contribution would lead to “a sustained, increased level of investment in advertising, community and digital initiatives in 2022 and beyond.”

The effort comes as Tim Hortons has struggled to gain traction since the 2014 merger between the chain and the U.S.-based Burger King—which led to the creation of parent company Restaurant Brands International. The pandemic appeared to make things worse just as the company was overhauling its product and marketing approach at the company.

System sales last year declined 18% to $5.5 billion, thanks largely to a steep decline in same-store sales in Canada, which were still down 12% in the fourth quarter—due largely to shifting commuting patterns as consumers work from home.

“Since the start of COVID, we’ve seen a strong correlation between the incidence of lockdowns and the disruption to routines and transit mobility, which in turn impacted our sales performance,” Jose Cil, CEO of Restaurant Brands International, said last month, according to a transcript on the financial services site Sentieo.

The company was working to improve various elements in a bid to get customers back. Cil had previously noted that the chain marketed in Canada—where it is dominant—more like Burger King did in the U.S., where it is the third-largest burger chain and can therefore be more aggressive.

The company has made numerous changes. It replaced its executive team. It launched an improved Dark Roast coffee, improved water filtration at restaurants and launched “freshly cracked eggs” in February—a move that, somewhat ironically, generated a reaction from McDonald’s, which is smaller than Tims in Canada. It also launched a lunch platform.

The company is also pushing digital more aggressively. Tims has started working to improve drive-thrus in Canada, where sales have held up more strongly during the pandemic. It recently added digital outdoor menu boards at 1,700 locations and plan to upgrade the rest of its 3,900 Canadian restaurants this year. It has also seen some success with its Tims Rewards loyalty program—one out of three Canadians have used the program so far, Cil said last month.

He also noted that the company has worked with its franchisees in Canada to improve the experience of digital, drive-thru and other takeout customers. Cil said the company has seen improvements as a result of these efforts. Cil also noted that product satisfaction scores for its coffee have improved since the second half of 2019.