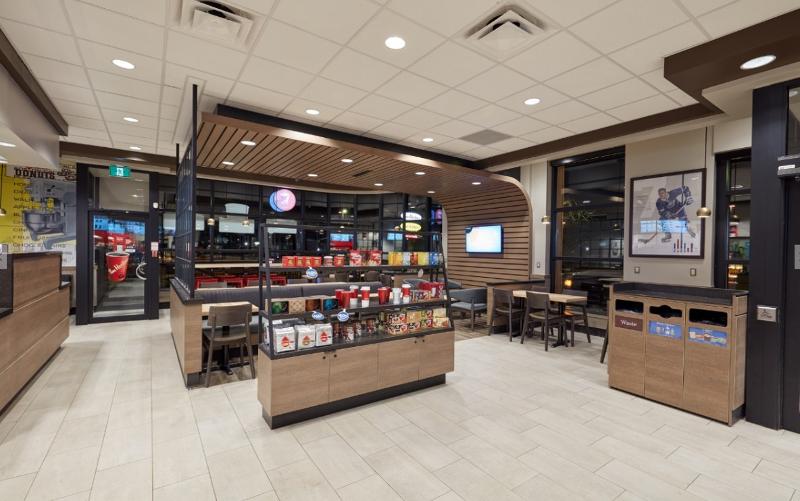 For Restaurant Brands International, two out of three is bad.

In the company’s third quarter, for instance, both Burger King and Popeyes Louisiana Kitchen generated strong sales in the U.S. and internationally.

But Tim Hortons didn’t quite match its sister chains’ performance.

Systemwide sales at the Canadian coffee-and-doughnut chain declined by 0.1% in the quarter. By comparison, Burger King’s system sales rose 10.7%, thanks to international growth and the chain’s Impossible Whopper in the U.S.

Jose Cil, CEO of RBI, suggested that Tim Hortons’ focus has been off, and said it needs to work more on long-term sales-building strategies.

“We’ve seen a little bit of fluctuation, ups and downs, in sales performance over the last few quarters, partly, I think, because we’ve been focused on somewhat short-term opportunities,” he told investors this week, according to a transcript on the financial services site Sentieo.

“I think we need to be focused on the core, on the long-term initiatives that are going to have a big impact on the business,” he added.

Cil said the long-term strategies include work to improve the company’s beverages, store remodels, drive-thrus and technology such as its new loyalty program.

Tim Hortons was a well-established business in Canada when Burger King bought the company in 2014 and created Restaurant Brands International. Yet that combination has been slower to develop for Tims than it was when 3G Capital bought Burger King in 2010, or even when RBI bought Popeyes in 2017.

Unit count growth has also been slow: Tims has 4,887 global locations now, up less than 5% since 2014. By contrast, Burger King operates 18,232 restaurants globally, up 27% over that period.

Much of that is likely due to the chains’ different structures. Burger King operates with larger franchisees, including many joint ventures internationally where unit growth is paramount. Tims in its home market of Canada operates largely with smaller operators that are less likely to open new units.

And Tim Hortons has struggled in the U.S., where unit count has declined by 14% since 2013. The U.S. was supposed to be a key early growth market for the brand.

Still, Tims represents 60% of RBI’s revenues and half of its adjusted earnings before interest, taxes, depreciation and amortization, or EBITDA. That makes the brand vital to RBI’s overall performance. So while the other two brands performed well, its overall business is weighted toward Tims.

The brand has some real strengths that Cil believes to be a strong foundation for future growth. In Canada, it remains the dominant restaurant chain, particularly in the mornings. “In Canada, Tim is an amazing business with a tremendous market share,” he said. “We have a very loyal following of guests that come, in many cases, two or three times a day.”

That, he said, gives the company a “really strong” market share and “compelling” unit economics.

Cil believes the company has opportunities to increase growth in its core menu products. That includes both hot and cold beverages. One strategy is the addition of new coffee brewers designed to improve the consistency of those drinks.

The chain has also improved its beverage lids and opened a new “Innovation Cafe” in downtown Toronto to work on new products. It is also focused on drive-thru technology to speed service there.

Loyalty might be the biggest opportunity for the chain. The company launched its new loyalty program in Canada earlier this year and it became popular quickly. As many as half of the chain’s transactions come from program members.

Cil said the company will be able to focus on one-on-one marketing while using the program to get a better idea of what gets customers into its stores. “That’s the work that we’re doing now that we think over time will allow us to drive sales through the loyalty platform,” he said.

To be sure, Cil didn’t fully write off short-term sales strategies such as limited-time offers. “There’s always a balance in this business, especially when you’re a market leader,” he said, noting that the chain needs to focus on quality, value and convenience. “Those are the things that are going to give us a competitive advantage in the market and continue to hold our really strong position and start growing long term.”