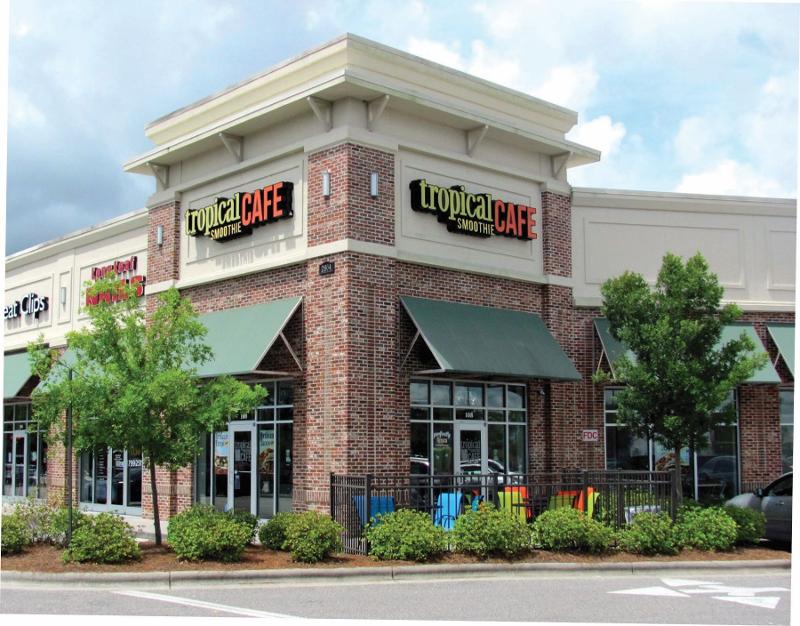 Charles Watson, the CEO of Tropical Smoothie Care, was thrilled with his company’s performance so far this year, which is what you’d expect from a chain whose same-store sales are up 43%.

But he is also realistic.

“I love these numbers,” he said. “We’re never going to hear them again. So we might as well enjoy them while they’re here.”

Watson is realistic about those numbers because he understands that they are a product of the situation—they are comparing themselves against a particularly weak first quarter of 2020, after all, and the stimulus has provided his and many other chains with excess sales they can’t expect to keep.

Yet plenty of other figures from Tropical Smoothie’s year gives Watson confidence that the company can turn the pandemic into a long-term opportunity. The biggest: The chain has sold 177 franchises since December, the most in any 4.5-month period in company history.

While the weak economy has supercharged franchise sales—which always thrive when people lose jobs—this one isn’t just a pandemic phenomenon. “Seventy percent of franchise sales are to existing franchisees,” Watson said. “That’s the biggest complement we can get. We’re heading into the right direction strategically and our franchisee operators and partners are behind it.”

Tropical Smoothie did have a good 2020 despite the pandemic. The Atlanta-based chain, which now operates more than 900 locations, saw sales grow almost 20%, according to Restaurant Business sister company Technomic. Same-store sales rose 7.5% and the chain increased units by nearly 10%. Average unit volumes are now $840,000 a year, the highest in company history.

The company generated those sales with a more concerted digital effort, particularly on third-party delivery, and by creating curbside service and later through limited-time offers and other efforts.

Yet Tropical Smoothie’s growth actually slowed last year. System sales compound annual growth rate was 21.4% over the past five years, according to Technomic.

That 60-40 smoothie-to-food ratio remained pretty constant despite significant changes in consumer behavior last year. Consumers shifted from breakfast and lunch to lunch and dinner during the pandemic.

The challenge now is for the company to keep the momentum—as it is for any chain that generated enormous growth during the pandemic. Watson said he expects sales will slow in the coming weeks as consumers run out of stimulus to spend and the economy and restaurant consumption normalizes.

“We’re borrowing a lot of occasions from our full-service brethren,” he said. “That’s countered by the convenience we provide with curbside and takeaway.”

He said the sales from the past year “increased our trial.” He expects younger consumers, in particular, will remain with the brand long-term, especially thanks to the chain’s digital efforts and its loyalty program.

“Our goal is to be a household name,” Watson said. “I want people to know who Tropical Smoothie Café is.”

UPDATE: This story has been updated to correct Tropical Smoothie's average unit volumes.