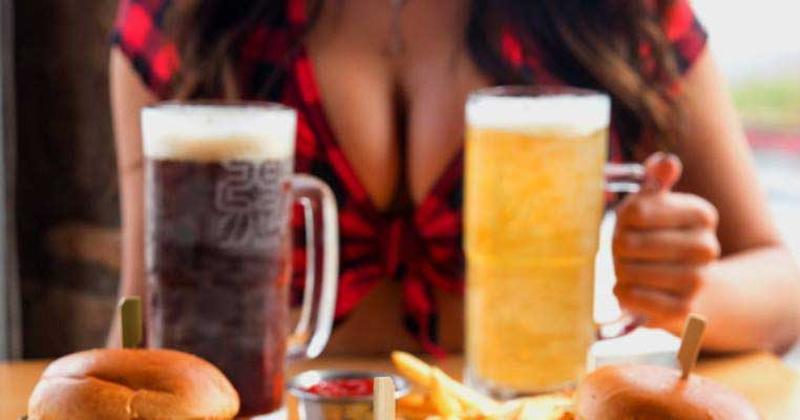 At the end of an interview, Twin Peaks CEO Joe Hummel asked a reporter about his favorite football team, and it kick-started a conversation that lasted longer than the original interview.

“We live sports,” he said at the end.

It’s a life that has served the company well this year. The Dallas-based casual-dining chain said Tuesday that its same-store sales rose 9.4% in the second quarter, while traffic increased just more than 5%.

Those numbers easily bested the overall industry and served notice that the chain is among the strongest performers in the casual-dining sector right now—thanks to that focus on sports and service that keeps customers coming in despite an intensely competitive market.

“Sports draws everybody together,” Hummel said. “It’s a commonality for everybody to get together and have a good time. And when you offer our bar and food selection, it comes together to offer a great sporting event.”

Twin Peaks is a rapidly growing presence in the so-called breastaurant sector, in which the restaurants are typically staffed by women wearing revealing uniforms, and which frequently feature sporting events as another draw.

Two of its biggest competitors are in the midst of major changes. Rival Hooters of America, the pioneering breastaurant chain, is currently for sale.

But the growing concept Bombshells, like Twin Peaks, enjoyed a strong second quarter. And much like Hummel, the company credited its focus on sports for luring customers.

“Sports watching is always a draw for everybody, and we’ve become quite the place for sports viewing,” Hummel said.

But he noted that there was “nothing like a silver bullet” to explain his chain’s success beyond its focus on sports and other events, what he calls an “elevated menu” and the chain’s service execution. And he said the chain’s same-store sales growth is occurring “across all hours.”

“We’ve had a nice year thus far,” he said. “We’re pleased with the progress the brand is making and the growth we’re showing.”

And though his company operates in an “elevated service” subsegment, Hummel said he pays little attention to what his primary rivals are doing, but rather watches the entire casual-dining sector—bar and grill chains in particular.

Still, the chain’s sales performance is fueling its growth. Twin Peaks is about to open its 85th restaurant, in Toledo, Ohio. That will be the first location in Ohio.

And it anticipates opening 11 to 14 restaurants next year. Most of those will be franchise-owned, but the chain is planning to open some company restaurants. Currently, 30 of the chain’s 84 locations are corporate stores. “We enjoy having corporate stores,” Hummel said. “It keeps us plugged into the brand.”

In the meantime, the chain is getting ready for one of its bigger seasons: football season, beginning with fantasy football drafts in the next few weeks. The company has draft kits and has contacted league commissioners that have used the chain’s kits in the past.