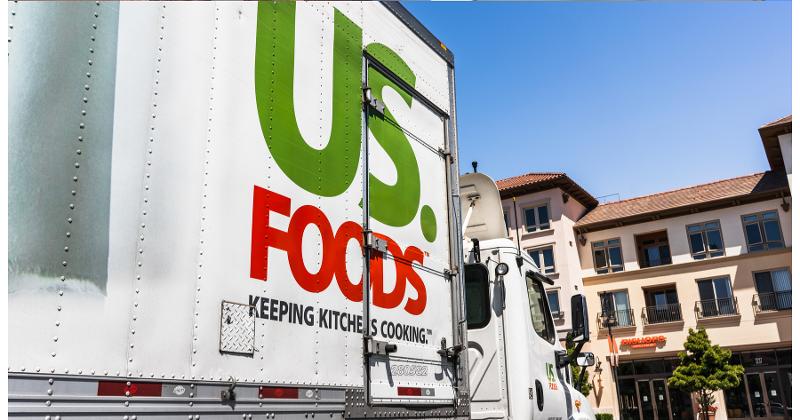 Prices for supplies from foodservice distribution giant US Foods shot up 11.5% during the third quarter but had little effect on surging demand from restaurants, the company informed Wall Street on Monday.

Case shipments rose overall by 18.5% during the period, with the volume of deliveries specifically to independent restaurants soaring 21.1%, according to the distributor.

It noted that the food inflation contributed to a 34.9% rise in sales for US Foods for the quarter, but the increase in its costs held the upswing in gross profits to 27.4%.

The primary drivers were the cost of beef and pork, according to CFO Dirk Locascio.

“After seeing food cost inflation moderate in July, these costs accelerated again in August and September,” he told the analysts.

He also informed them that the surge seems to have crested, but considerable uncertainty remains. The company is “seeing inflation moderate a little bit into October. But just as I said on the last quarter call, we saw that in July,” he explained. “So at this point, we're going to continue to watch what happens.”

Whatever happens, he added, “I think that, ultimately, we are confident in our ability to pass it through.”

CEO Pietro Satriano said that the distributor has not fielded any indications from its foodservice customers that their patrons are balking at rising menu prices.

He predicted that foodservice sales would rise back to pre-pandemic level in 2022.

Satriano and other executives described US Foods’ labor situation as rapidly improving, but warned of a near-term speed bump.

“During the quarter, we successfully filled most of our open warehouse and transportation roles, and as Pietro said, also are close to our hiring and staffing targets,” said Locascio. “We are focused on increasing the productivity of those hired in recent months. Our supply chain cost is expected to be high in Q4 given the large number of more recent new hires.”

Those workers are less efficient because of their inexperience, he explained.

Satriano also contended that US Foods did not figure to any considerable degree in the frustration restaurants have voiced in recent months about difficulties in getting supplies on a timely basis. But he acknowledged that the distributor “had to rationalize the amount of demand we were able to serve” in “a handful of markets.”

“We had a number of facilities, unfortunately disproportionate large facilities, where COVID just kind of went through the facility and we had a one- or two-week setback in terms of our ability to serve those customers,” he said. “But by the way, we also benefited from that in other markets where it happened to competitors.”