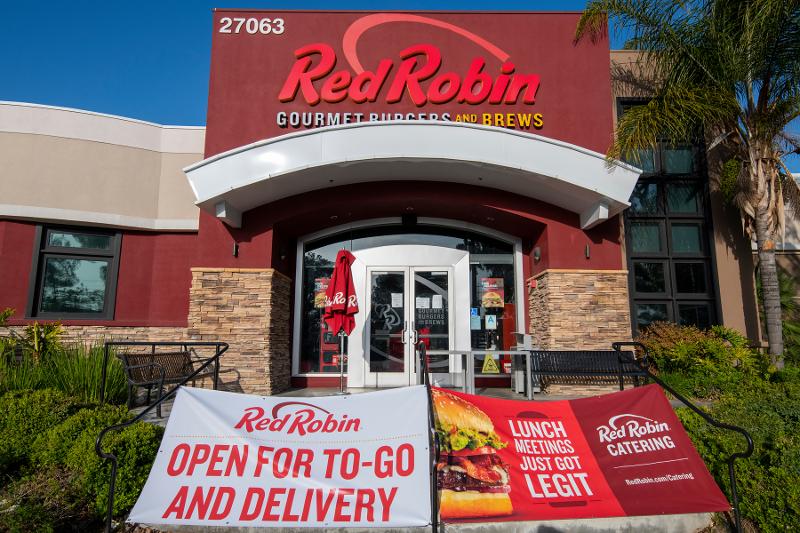 Earlier this month, Vintage Capital Management sold off the majority of its once-sizable holdings in Red Robin Gourmet Burgers. The activist investment firm sold 859,000 shares in two chunks, taking its holdings from 11.6% of the casual dining chain to just less than 5%.

The sale was notable because at one point Vintage wanted to buy the Greenwood Village, Colo.-based company at a price worth substantially more than it is now.

Also: Vintage is taking a steep loss on its stock sale.

According to federal securities filings, Vintage sold all of that stock in two sales at $18.48 per share and then $14.76.

Earlier filings said that the company acquired 1.5 million shares at $45.9 million, or an average of $30.62 per share. Based on that average, we estimate that the company lost 44% on that stock sale, or about $11.6 million.

Of course, a lot of people are taking a bath on the stock market. Yet it says something that an activist investor is selling such massive amounts of shares at such a steep loss, not that long after it appeared the two sides were working together.

Last year, Vintage said it would pay $40 a share for the company, and it and other investors pushed Red Robin to explore a sale. At the time, the price would have been a substantial premium to Red Robin’s stock value.

Red Robin resisted that idea, and in February Vintage launched a proxy fight, seeking four members on the company’s board of directors.

The pandemic and the shutdown of dine-in service throughout the country changed all that, and in March the two sides came to a détente. Vintage promised not to go through with its proxy and agreed to a standstill. And B.Good founder Anthony Ackil was appointed to the board.

Like many casual dining chains, Red Robin’s business has plunged during the pandemic, and the company has been working to survive during these few months. It had a net loss of $174.3 million and negative adjusted earnings before interest, taxes, depreciation and amortization, or EBITDA, of $10.7 million in the quarter ended April 19.

Same-store sales through June 7 were still down in the 40% range, lagging many of its competitors.

Last month, the company warned regulators of “substantial doubt” about its ability to continue as a going concern.

But it’s also worth noting that, earlier in the week, Red Robin said it wanted to raise $40 million.

Vintage could be hedging its bets on Red Robin—it still owns 5% of the company, after all. There is considerable uncertainty on the future of the restaurant business. Casual dining chains have to answer big question marks regarding their future, how long it will take consumers to come back, and how much they’ll be willing to spend.

Among publicly traded companies, Red Robin has some of the biggest uncertainties, given its challenges going into the pandemic.

By selling so much of its stock at a loss, Vintage clearly lacks some confidence in Red Robin’s ability to succeed, at least within the activist investor’s typical timeframe. The firm may well have opted to sell a lot of its stock before it fell even further.

And, indeed, Red Robin’s stock is down 29% following Vintage’s last stock sale. It is down 43% since the investor’s first sale.