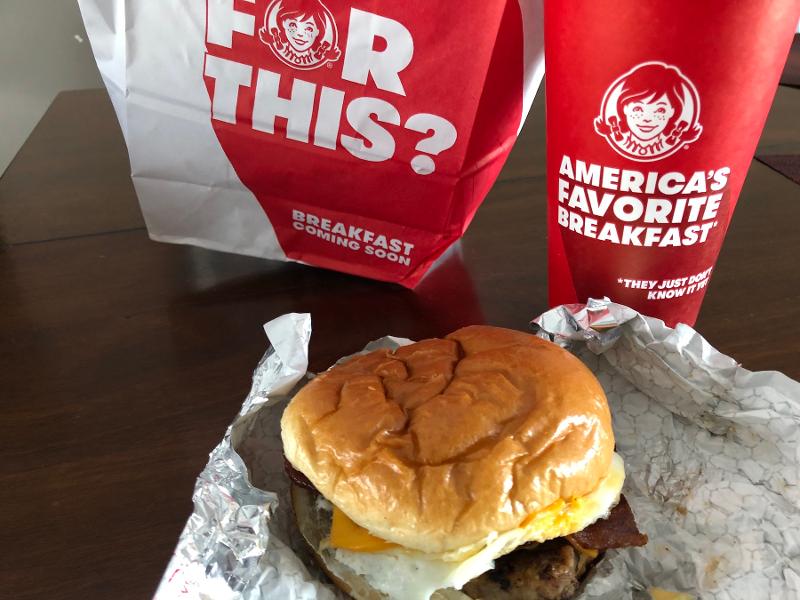 Wendy’s employees across the country have already started serving breakfast in a soft open to get ready for the daypart’s official nationwide launch next week.

But they’re not the only ones preparing.

McDonald's is introducing a 2 for $4 Mix & Match breakfast sandwich deal nationwide, a move almost certainly made to protect its turf from an upcoming incursion from one of its biggest rivals.

The offer enables customers to get any two of a selection of breakfast sandwiches for $4, including a Sausage McMuffin with Egg; Bacon, Egg & Cheese Biscuit; and Bacon, Egg & Cheese McGriddle. It’s similar to local deals many of the Chicago-based burger giant’s markets have been running for months. It is also similar to national breakfast deals the chain has offered in the past.

The McDonald’s offer is a sign of what Wendy’s can expect as it pushes into the morning business.

Breakfast is an increasingly competitive, and notoriously difficult, daypart for any restaurant chain to break into. Wendy’s has famously tried several times to offer food in the mornings but pulled back each time.

The company’s reason for doing so is simple. “Breakfast is the most significant contributor to traffic growth across the category,” Kurt Kane, Wendy’s U.S. president, said in October, according to a transcript on financial services site Sentieo.

So as the Dublin, Ohio-based chain prepares to enter the market, other chains are planning. “We have a calendar that’s ready to compete within the marketplace with some of our best breakfast lineups,” Jack in the Box CEO Lenny Comma said last week, according to Sentieo. “That’s what we think is going to be necessary at this time.”

Wendy’s is scheduled to start marketing breakfast nationwide next Monday, when it will back its efforts with national marketing. That breakfast is already available in many locations. That includes one restaurant in suburban Minneapolis, where a visitor just after 9 a.m. was just the second person that day to order breakfast.

Soft opens enable restaurants to prepare for an opening with less business than what might come once marketing kicks in.

Wendy’s strategy is focused on ensuring operators can generate profits. The company is kicking off breakfast by adding just 18 unique ingredients, as opposed to 45 in previous attempts. Those items are enabling the company to serve a dozen different entrees, plus cold and hot coffee products and sides such as seasoned potatoes.

It is also available only via the drive-thru, which enables restaurants to operate with just three people instead of the usual four.

All of that is designed to increase the chances operators will be profitable more quickly. Many Wendy’s operators have taken on a lot of debt to remodel restaurants and buy new ones in recent years. The largest, NPC International, is teetering on the edge of a bankruptcy filing.

“We’re going to be able to put full incremental national media power behind the breakfast daypart,” Kane said. “That’s going to be where the significant unlock really happens.”

Company executives expect the daypart to quickly account for 10% of its sales, which would make it a $1 billion U.S. business relatively quickly.

Rivals, however, have already had time to plan, and Haracz’s former chain is clearly working to defend itself. McDonald’s has struggled with weak morning traffic over the past two years and in recent months has been more intent on getting customers back in the morning, with a pair of chicken breakfast sandwiches and now a morning value offer.

“We have to win at breakfast,” McDonald’s CEO Chris Kempczinski said on the company’s fourth quarter earnings call late last month. “There’s obviously a lot of focus and attention we’re going to be putting on that in 2020.”