White Castle is planning to open a new location in Orlando this year, which would be the chain’s first Florida location in decades. Like many regional chains these days, the company opted to start getting customers there interested in its brand by opening in a ghost kitchen.

The idea worked well. Too well. “We quickly learned it was like having a dinner party for eight people only to have 800 people show up,” CEO Lisa Ingram said. The location had to be shut down, at least until the real location is opened.

But it’s proof that White Castle can still draw a crowd. The venerable, Columbus, Ohio-based chain, which just celebrated its 100th birthday earlier this month, is acting like a much younger company.

The chain’s new market openings draw crowds one would more associate with much younger concepts like a Chick-fil-A or a Shake Shack. It was the first big chain to put a burger on its menu made by either Impossible Foods or Beyond Meat. It doesn’t take itself seriously, hosting white table cloth dinners on Valentine’s Day and publishing an annual stuffing recipe, while sponsoring the U.S. Luge team, whose athletes are also known as “sliders.”

At the same time, the company has remained true to who it is—a low-priced fast-food chain with a uniquely made entrée operated in restaurants frequently staffed with long-term employees in a company run by the same family that started it during the last pandemic.

“We survived a Great Depression, two major wars, the Great Recession and now a global pandemic,” Ingram said. “Whatever is next, I’m sure we’ll be able to adapt and adjust and thrive under the challenge.” 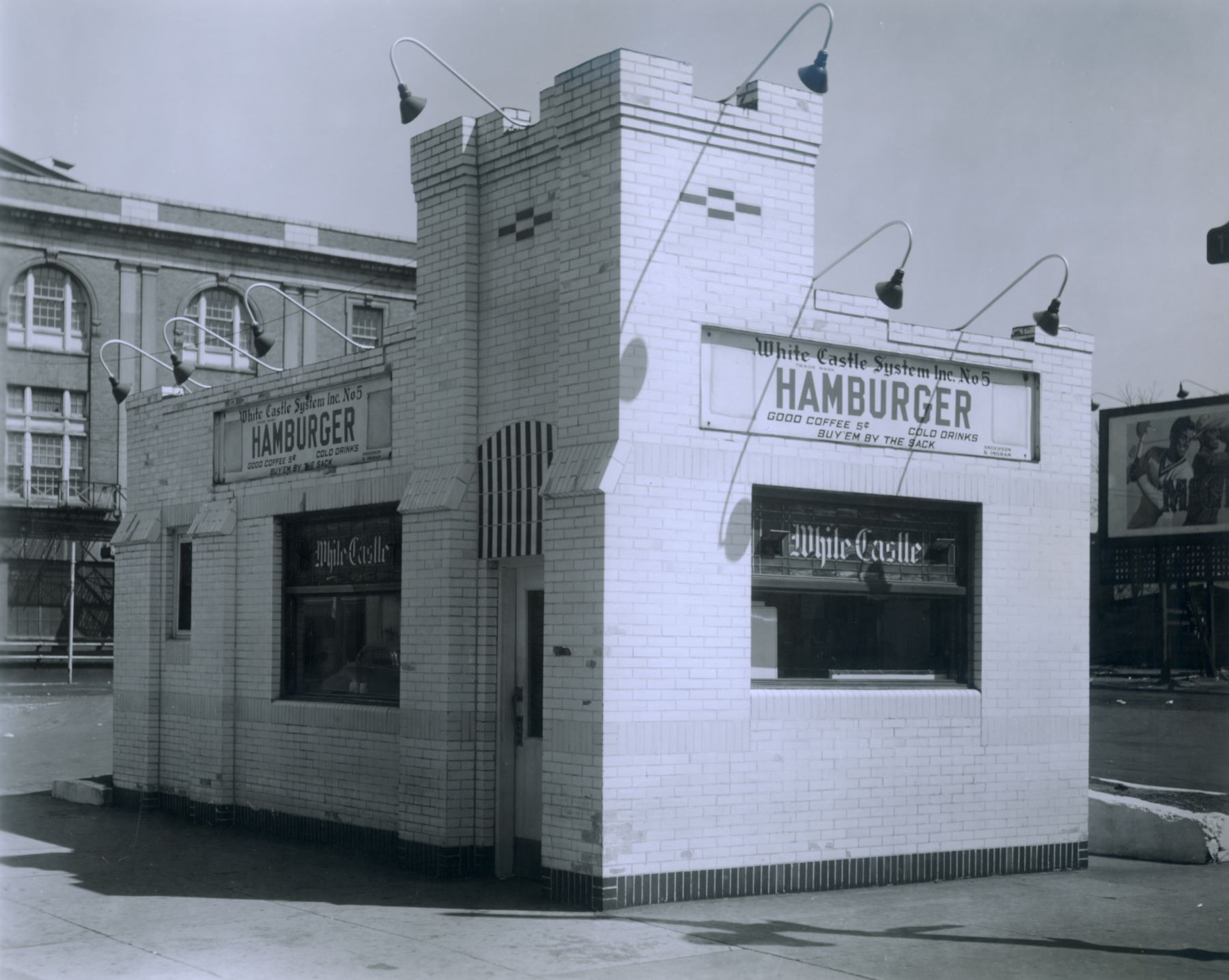 White Castle is the country’s oldest fast-food chain. Ingram’s great grandfather Billy Ingram opened the first location in Wichita, Kan., in 1921, partnering with Walter Anderson. The tiny square burgers are steam grilled on a bed of onions and served on a square bun with a slice of pickle.

According to the company, it was called a “slider” because the burger was easy to eat. Indeed, Billy Ingram six years later invented the idea of carryout with the tagline “Buy ‘em by the sack.” An operator in Cincinnati later added five holes to the burgers to help them cook more quickly.

The chain, which moved to Columbus in 1934, aired its first television commercial in 1960 and in 1961 became the first fast-food restaurant to sell more than 1 billion burgers.

White Castle remained largely the same until 1962, when it added its first new menu item—cheese sliders. In more recent years, however, the company has grown increasingly aggressive in its menu and marketing strategy.

It created its retail division in 1987, a move that would make its burgers available nationwide while helping the company to build a national audience. That retail division would itself be innovative—many restaurant chains in the years since have built strong consumer products businesses, in some cases stronger than the restaurant chain itself.

In White Castle’s case it proved popular during the pandemic and the chain now has eight manufacturing facilities.

The company also does not take itself seriously. In 1990, the company started hosting Valentine’s Day events with table service, reservations and festively decorated restaurants—the event drew 30,000 customers last year, before the pandemic.

White Castle in 1990 also began publishing a recipe for stuffing using its sliders. In 2004 the company was featured as a central goal for the main characters in the movie Harold and Kumar Go to White Castle.

The chain’s unit count over the years has remained relatively steady—it operates 360 locations now, down from 367 a year ago. System sales averaged 1.5% growth in the five years going into the pandemic, according to data from Restaurant Business sister company Technomic.

Among the most surprising decisions in White Castle’s 100 years was its decision in 2018 to take its Impossible Slider national. The product worked well enough that the chain improved on it and kept it on the menu a year later.

Well, maybe it’s surprising to those unfamiliar with White Castle’s history—remember that the first new product in the chain’s history was that Cheese Slider. And several years ago the chain introduced a Veggie Slider and also had a limited-time Black Bean Slider.

“When you’ve been around for a long time, there are customers who’ve grown up on White Castle and now they’re vegetarian,” Ingram said. “There’s a need from the customer base to have a vegetarian option. When the opportunity and trend came along for plant-based products, we met with Impossible and felt the connection. It was a natural evolution to bring up the Impossible Slider.”

Indeed, White Castle has been unafraid in recent years to make Sliders of different varieties, including chicken and breakfast. 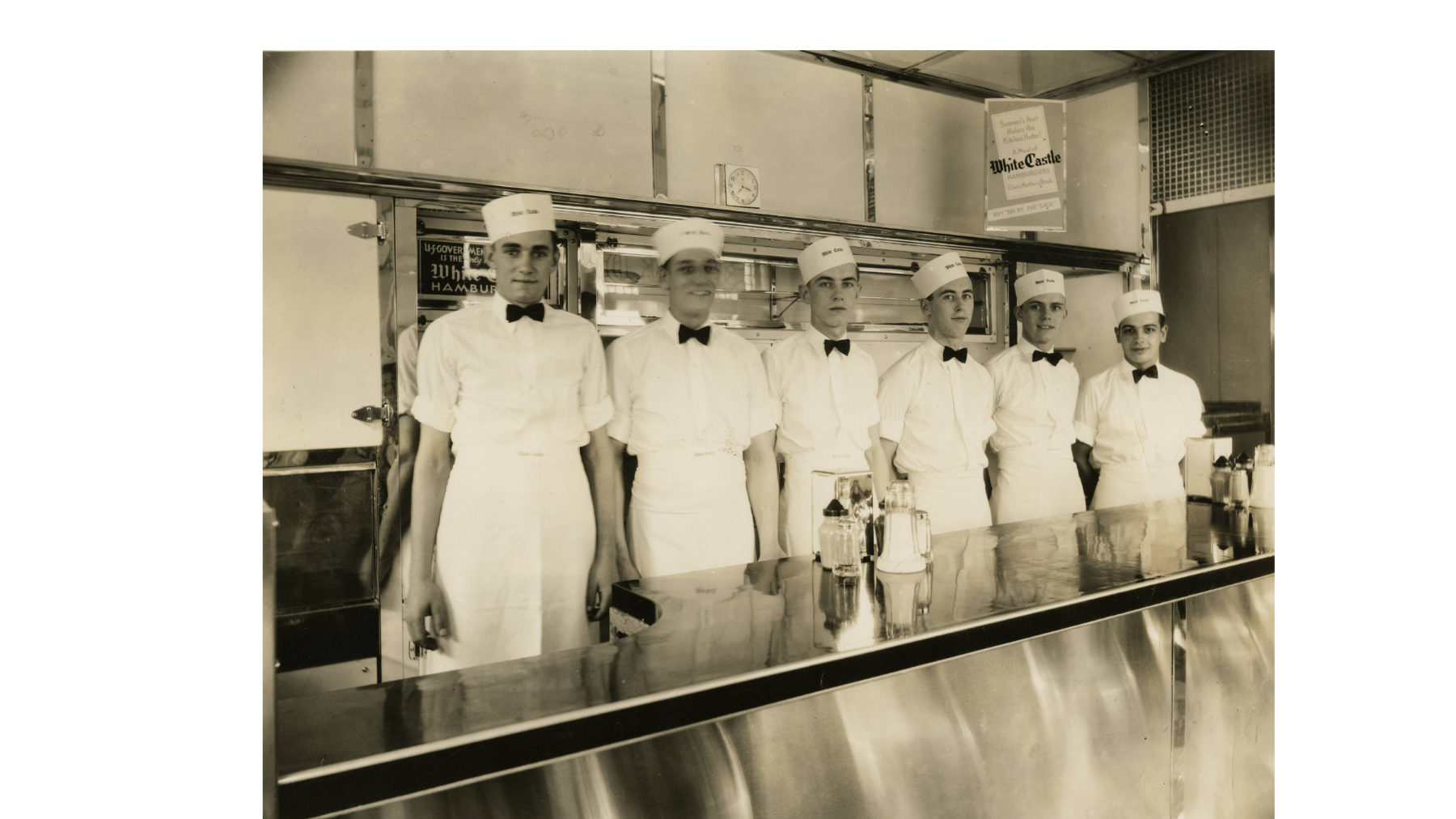 Lisa Ingram was named CEO in 2016. She took over for her father, making her the fourth generation—and first female—to hold the position. Earlier this year she was given the added of chair when Bill Ingram retired from that position.

Few businesses get this far. Only about 30% of family-owned businesses end up passing to the second generation. And only 3% get to the fourth, according to the SC Johnson College of Business at Cornell University and Businessweek.

“We’re very honored to still be a family business,” Lisa Ingram said. “It’s a very good model for us.”

It’s not just Lisa Ingram. Eight other members of her generation have roles with the family business. “We very much believe our duty is to steward the company through this generation and set it up for success hopefully for the next generation.”

Ingram did note there is a bit of pressure that comes with the job of being a fourth-generation CEO. “You don’t want to be the generation that messes up an iconic American brand,” she said.

Still, the company’s long-term family ownership and the family’s role can be seen throughout the restaurants—White Castle boasts some remarkable longevity among its corporate staff. The chain’s general managers have an average tenure of 21 years. “That’s very unheard of in the restaurant space,” Ingram said. “They are the ones that make it feel like family. We’re very fortunate to have such tremendous longevity among our team members.”

White Castle also has a unique group of superfans. In 2001 it created the “Cravers Hall of Fame” and chooses 10 customers who send stories of their love of the restaurant to the company, picking from nearly 1,000 stories yearly. “It’s easier to get into Harvard than it is to get into the Cravers Hall of Fame,” Ingram said.

The Hall of Fame features a number of celebrities, such as Telfar Clemens, who designed new uniforms to celebrate White Castle’s 100th birthday this year. But it also includes people like Walter Buttkus, the “Burger Biker” who created the “White Castle Crave Cruiser” using an Indian motorcycle, painting it white with the chain’s logos and history and saddlebags made to fit one of the chain’s “Craver Cases.”

The combination of White Castle’s history, the uniqueness of its burgers, its national presence inside grocery stores and the still-regional nature of its restaurants—which are predominantly in the Midwest—has resulted in a few high-demand situations when the chain opens in new markets.

In 2019, the company opened its first location in Arizona, in Scottsdale. The location proved so popular that it had to do something the company traditionally doesn’t do—close. The typically 24-hour restaurant started closing for a period every night to let the restaurant prepare the next day.

The chain did that for months. “We never want to think too highly of ourselves,” Ingram said. “We knew we had a good following. But we never expected customers would wait in line for four hours to place an order and continue for months and months and months on end.”

Then came the Orlando opening. Again, White Castle knew it had customers who liked the brand in Florida, much like they did in Arizona. The company gave the ghost kitchen a try, and it was quickly overwhelmed with demand.

“We could not deliver a great moment in that kitchen design,” Ingram said. “It had such a small number of grills.” She added the chain would reopen the ghost kitchen once the regular restaurant is open.

“It’s very, very heartwarming,” Ingram said. “It’s so fun being at an opening and seeing the tremendous pictures of customers who waited up all night to get a Slider. They’ve grown up in the Midwest or East coast and moved to other places, so they’re dying to get a fresh White Castle off the grill.”