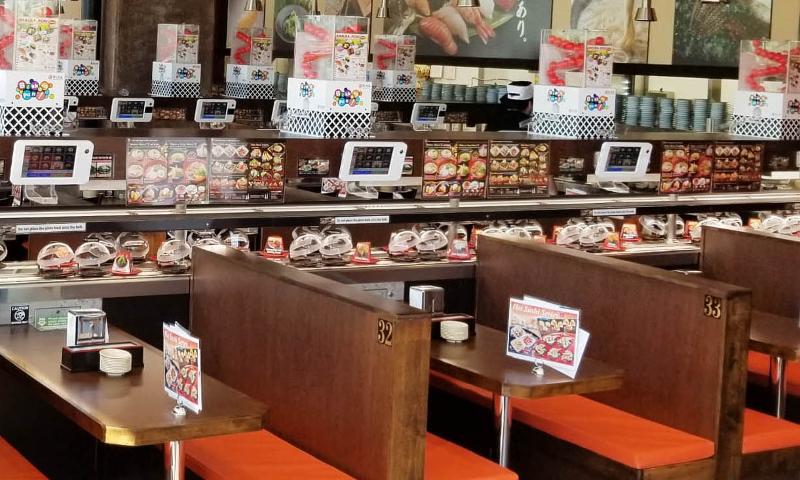 Wall Street has lost its appetite for growth restaurant chains.

The Kura Sushi USA IPO could bring them back to the table. The tech-savvy revolving sushi bar chain filed for its offering earlier this month and wants to raise $58 million. It would be the first restaurant industry traditional IPO in more than four years.

That could provide an important test for the viability of the market, and whether growing restaurant chains have a potentially important source of growth cash available to them.

To understand why this IPO is important, and certainly worthy of more attention than it’s received, go back to 2014.

At the time, with retailers and hospitality companies struggling to combat growing e-commerce businesses, consumer investors flocked to restaurant chains, particularly fast-casual concepts that mimicked the highly successful Chipotle Mexican Grill. They believed the industry was a relatively safe investment.

The result was a gold rush into the fast-casual restaurant sector unlike anything we’ve seen. Several restaurant chains, from Noodles & Co. and Potbelly to The Habit Burger Grill and Shake Shack, all saw valuations more than double on their first day of trading.

That market filtered down into small, private chains, which fetched millions of dollars from private equity firms looking to find the next big-name IPO. Firms that once ignored small chains were suddenly throwing money at concepts with just a couple of locations that nobody had ever heard of.

Those who pay attention know what happened next: That bubble burst. Some of these chains began to struggle as consumers shrunk their spending at restaurants. Investors punished valuations. Noodles and Potbelly closed locations and replaced chief executives. Several other chains that went public in this era went private again, including Zoes Kitchen, Papa Murphy’s, Bojangles’ and others.

And the market dried up. No U.S. restaurant company has had a traditional initial public offering in the U.S. in four years. Chains resorted to reverse mergers (CEC Entertainment) or mini IPOs (Fatburger, iPic), or they went to Canada (Freshii).

Indeed, maybe the biggest indication of the shift in the market came last week, when we reported about the sale of Cooper’s Hawk Winery & Restaurants. The 41-unit chain and its wine club would have been a fantastic publicly traded company, and probably would have been welcomed with open arms.

Instead, it will remain unavailable to equity investors that were willing to pay an unheard-of multiple.

All of which brings us to Kura Sushi USA. The brand is the U.S. subsidiary of a Japanese chain with more than 400 locations. BMO Capital Markets and Stephens are the joint bookrunners on the deal, meaning they are coordinating the offering.

It’s a small IPO, just $58 million. And the company itself is tiny, with just 21 locations and earnings before interest, taxes, depreciation, and amortization, or EBITDA, of just $4.5 million last year—less than half of what Zoes generated.

There’s a lot to like about Kura Sushi. It uses technology unlike any restaurant chain in the U.S., has the backing of a large Japanese company and promises to grow throughout the country.

If the company can lure investors and have a successful offering, that could reopen the market for smaller restaurant companies eager to take their chains public.

If it cannot get those investors, then that market will continue to be shut off for anybody but larger restaurant chains with longer track records.