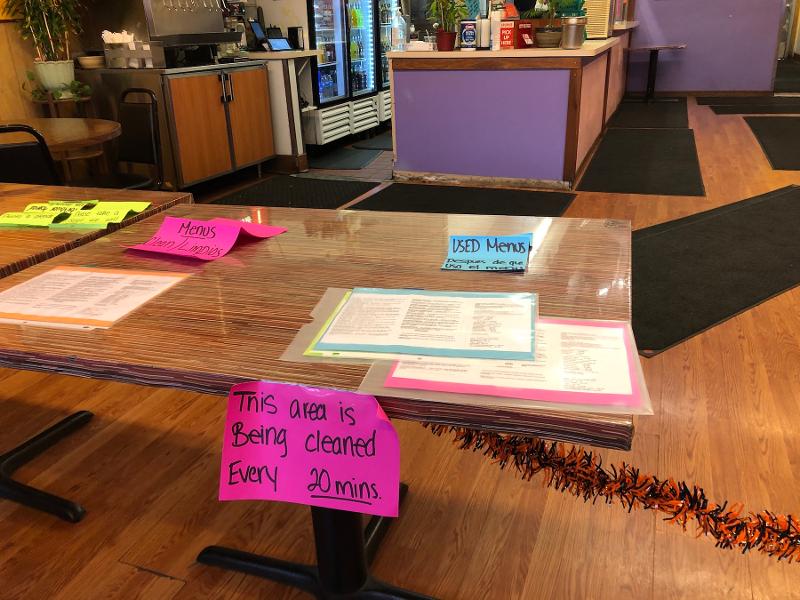 The restaurant industry changed for good on March 15.

That day, after a weekend of seeing photos of customers lined up outside bars in Chicago and Boston and crowding them in Nashville, state and local officials began cracking down. They began closing bars and restricting restaurants to takeout service, all to stem the spread of the coronavirus pandemic.

The shock had already been evident in prior days, as event closures and growing fear of the virus sent restaurant sales plunging across the board, from low-priced fast-food chains to high-end experiential restaurants. And now restaurants face a spring with few customers.

Few industries can withstand this sort of shock and not come out damaged. But restaurants are especially unprepared. Much of the industry is made up of small businesses, including independents and franchisees, who operate on thin margins to begin with.

But a lot of it is run by private-equity firms that deliberately thin the margins, having spent years binging on cheap debt and selling off whatever asset they could.

The industry was on a weak footing to begin with, and now it’s been hit by a giant barge. It will never be the same after this. And it will be smaller. How much smaller will depend on how long our national quarantine lasts.

“I think it’s easy to say that what is happening with the virus is probably the single worst thing that has ever happened to the restaurant industry,” said Craig Ganz, an attorney in the Phoenix office of Ballard Spahr who specializes in bankruptcy.

The restaurant industry has spent much of the past decade adding capacity. It added restaurants at a rate greater than the population growth in each year dating back to at least 2010, and that number only accelerated the past two years. One problem with restaurants is that everyone thinks they can operate one, and often they try it.

Yet some of that growth was fueled by investment firms who pushed their chains to grow.

All of that growth made everything more expensive because there was a lot of demand for things such as locations and labor. Lease costs, particularly in hot urban markets, took off. Labor costs skyrocketed, too. Profitability declined.

So did traffic. Despite a booming economy, the proliferation of so many restaurants hurt per-store customer count.

Margins thinned. And with so many restaurant companies leveraged to the hilt, it left a generation of concepts with little margin for error.

Seven restaurant companies representing 13 chains have filed for federal bankruptcy protection since late November. Conditions in the industry earlier this year suggested a long period of weakness, with failures dotting the landscape and closures mounting.

Meanwhile, franchisors sold all of their restaurants to franchisees, who themselves loaded up with cheap debt to buy more restaurants and remodel existing ones and build new locations, all at the behest of the brand.

Some of these operators have started having serious problems. Big Pizza Hut and Wendy’s franchisee NPC International was teetering on the edge of bankruptcy. Big Burger King operator Carrols Restaurant Group cut capital spending to conserve cash and pay off debt.

“A good portion of restaurants don’t have the cash position to weather much of a storm, let alone an absolute catastrophe,” Ganz said.

It’s almost impossible to fathom just how much of a catastrophe this is, how quickly it hit and how broadly. Everybody outside of pizza delivery chains and maybe Sonic has been affected.”

Jeff Offutt, a 50-unit franchisee in Missouri, said his Subway restaurants were up 11% on March 11. Three days later, they were down 41%, a 52-point swing.

According to customer engagement platform Thanx, purchase volume at restaurants went from slightly down on March 11 to down 42% by March 16. The problem is evident regardless of sector.

Darden Restaurants’ same-store sales went from 3% in the last week of February to down 60% this week.

“You have a highly leveraged industry with tight margins,” said Keith Miller, a franchisee advocate and owner of Subway locations. “This puts it on the edge of a cliff.”

Much of this depends on how long the shock lasts. If quarantines last until May and it takes until the summer for the industry to ramp back up, things could get ugly. A lot of companies are going to file Chapter 11.

“We could have a court system filled with restaurant bankruptcies,” Ganz said. He predicted that it could clog up bankruptcy courts and slow down the process. “It is absolutely catastrophic.”

The weakest companies, those that were already struggling with credit challenges to begin with, could end up in bankruptcy first. “There are troubled deals that are already in workout,” said Jordan Myers, an attorney with Alston & Bird out of Atlanta. “This whole situation is just exacerbating the problem.”

But the longer the shutdown goes, the more companies could end up filing.

Many of the buyers of companies in bankruptcy may not be there, either. The large number of brand collectors that have been acquiring turnaround companies may be too busy spending their available cash to shore up those existing concepts to consider buying anything else.

That could end up putting some companies into Chapter 7, meaning they’ll completely shut down.

The industry’s overall valuation has fallen off a cliff.

Joel Silverstein, president of East West Hospitality Group, works with a lot of restaurant companies in Asia and around the world. He noted that many of those companies are down 50% or more since the virus hit in China. Private-equity firms that own many restaurants have taken a big hit.

“A majority of private equity-fund investments in restaurants are way underwater,” he said. “What they bought it for and what they can sell it for is significantly down. A great majority of them are sitting on restaurant investments, and there’s no way to get any of their money back.”

The same thing is happening in the U.S. While it only represents a fraction of the restaurant industry, the valuation of publicly traded companies is something of a proxy for overall valuations. And those companies have taken an absolute beating, down well over 50% from their annual peak.

That likely means that many private equity-owned restaurant chains are already underwater.

Private-equity firms that aren’t spending their investment cash shoring up existing properties could find plenty of restaurant chains on the cheap. Many companies will need the lifeline as they look to survive.

Franchising is another question. Chains such as Subway and Dunkin’ will need to shore up their smaller franchisees that face ruin without much sales over the next couple of months. Large-scale franchisees will be an even bigger headache for the brands. A lot of franchise locations are either going to close or change hands.

Lending was already slowing down in the restaurant space. It seems likely to slow even further. And it could take a while to recover.

It certainly appears likely that there will be fewer restaurants, and fewer companies, once this is all over. And the largest companies with the most cash will be the ones that come out of it the strongest. Smaller and midsized concepts will have the toughest time reemerging.

“It’s going to weed out these zombie restaurants that have just kind of muddled along here for the last years or decades without ever modifying their concept or evolving in time to consumer changes,” Ganz said. “I do think you’re going to stress test the entire industry through this process.”

If there is a bright spot, it’s that the industry will no longer be overstored. And those that remain will be stronger for it, and probably smarter.

“You might get operators that are going to emerge from the ashes of this a little smarter,” Ganz said. “And realize they’ve got to operate leaner.”

But make no mistake. The industry is going to be different.