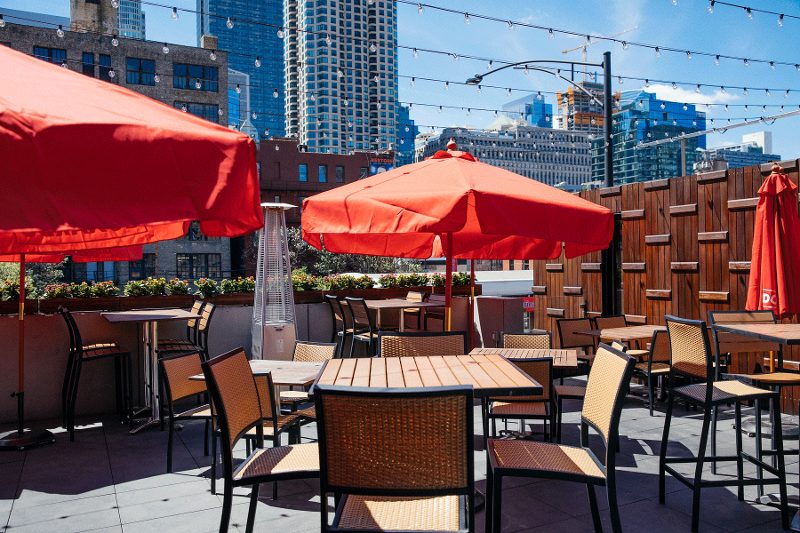 In the months before the pandemic, restaurant chains could not get enough of urban markets, often pushing hard to locate in central cities alongside the coveted Millennial demographic. Rents in such markets exploded.

The coronavirus has changed that. Same-store sales at many urban markets remain weak, even as other areas recover.

That recovery could take some time, as Americans continue to work from home and go into the office less. And the pandemic may well accelerate a population shift to the suburbs that could make urban locations less viable than they were just a few months ago.

According to a July report by the Chicago-based commercial real estate firm Cushman & Wakefield, the coronavirus may accelerate a “suburban boom” that was already in the making going into the pandemic—suburban population growth has been outpacing population growth of central cities since 2017.

COVID-19 has helped younger workers grow more comfortable working from home, while the pandemic has accelerated concerns about public transit. That could make the suburbs even more desirable as younger Millennial and Gen-Z workers target the affordability and safety of suburban living, the report said. In other words, they could abandon central cities.

Another report by the real estate firm Marcus & Millichap noted the health crisis and adoption of remote work could accelerate relocations toward smaller cities, where homes are larger and more spread out. “Months of sequestration have emphasized the importance of comfortable living spaces, especially for urban dwellers who traded larger rooms for now-closed amenities,” the report said.

There is at least some evidence to suggest that Americans’ housing preferences are starting to shift.

According to the America at Home Study, a survey of 3,000 U.S. adults back in April, COVID-19 has created new demand for home ownership. The study found that 46% of renters now want to own, and 72% of respondents prefer single family homes, which could portend to a broader suburban exodus.

We looked at rental housing trends in the Minneapolis area, where we live. Vacancy rates at apartment buildings have steadily increased since the outset of the pandemic, according to the nonprofit housing information firm HousingLink. By contrast, vacancies at single-family homes have declined steadily over that period.

Many other companies expect development demands to shift to the suburbs and away from urban markets.

“You’re going to see more and more of these commercial-type operations moving away from urban centers to suburban centers and along transportation corridors,” Andrew Anagnost, CEO of Autodesk, said last month, according to a transcript on the financial services site Sentieo. Autodesk is a San Rafael, Calif.-based company that makes engineering and construction software.

None of this is to say that urban markets won’t recover. We’ve recently dined out twice at restaurants in downtown Minneapolis. Both were bustling despite a complete lack of activity outside.

But restaurant companies are already preparing for a more suburban future. Chains like Chipotle, Starbucks and Dunkin’ are building more drive-thru units, for instance, while Taco Bell is building a unit with multiple-drive-thru lanes. Those locations aren’t exactly designed for dense urban cores.

And pandemics have a way of making permanent changes in the landscape that don’t become evident until they happen. It’s clear that Americans’ shift toward urban areas had slowed in the years preceding the coronavirus, and the health scare will likely shift them even further in that direction. Restaurant operators will likely need to adjust their real estate decisions as a result.