Restaurant franchisees wouldn’t have to scrounge for capital if their franchisors provided lenders with info about the brand’s performance, plans and work-out scenarios, concluded a high-level powwow on the credit crunch. 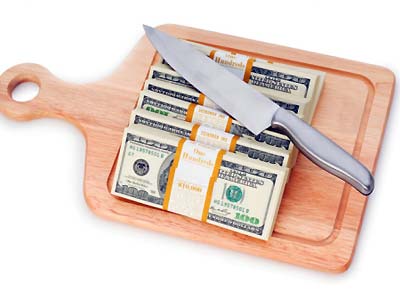 The revelation seemed to stun some of the restaurant franchisees and franchisors in the audience of 200-plus executives. Research presented early in the Small Business Lending Summit confirmed what many restaurant franchisees have been grousing about for years: They can’t get the financing needed to expand or refurbish.

Frandata said licensees across all industry would fall about 20% short of their capital targets for 2011, a gap of some $2 billion. The ripple effect will impede the recovery of both franchising and the economy in general, said Frandata CEO Darrell Johnson.

Other speakers at the Summit, which was hosted by the International Franchise Association, cited the possibility that franchising would become largely an overseas activity for U.S.-based franchisors.

Yet lenders participating in the program said they’re frustrated because small business isn’t absorbing the loan dollars financial institutions need to pump into the market for their own growth. One lamented that her boss is constantly hounding her to find more borrowers of the money sitting in depositors’ accounts.

The problem, in their estimation, is insufficient demand from franchisees. “We’re seeing a lot of hesitancy,” said Mary Navarro, a senior EVP for the Midwest’s Huntington Bank. “A low sales volume might be part of that hesitancy, and [franchisees] have learned to do more with less.”

Her comment, aired during a panel presentation by lenders and echoed by other presenters, prompted moderator and celebrity business writer Geoff Colvin to note the “giant disconnect between lender and borrower.”

He joked that the financing crisis had been solved; there was no credit gap, the very basis of the conference. It was all a miscommunication!

Colvin wasn’t the only one who seemed perplexed.

“Fact is, someone is not telling the truth,” he deadpanned.

As the conversation wound on, more of the credit gap’s underlying causes came to light, providing insights into the “disconnect.”

Lenders stuck with their assertion that demand has diminished, not grown, but they acknowledged that they’re far pickier in the wake of the Great Recession about whom they’ll grant a loan.

In particular, they want a longer and deeper track record from prospective borrowers, since their prime directive at present is to avoid risk. That means collecting as much operational data as they can, and there obviously isn’t any for first-time franchisees or veterans entering unfamiliar markets.

Yet they noted that franchisors could readily fill that information gap with data from stores in similar situations. They could provide basic unit-level economic data—real results, not projections—and could give the info a forward spin by talking about marketing and promotional plans.

The lenders noted how they’d welcome such insights as what human resources and training support they routinely provide franchisees, and what characteristics tend to make stores successful.

Several mentioned that they’d welcome information about store closings and what prices the stores fetch when they have to be sold.

The conversation prompted one member of the audience to propose that franchisors develop standard processes for getting that sort of information to prospective lenders. He also suggested that the data be standardized for purposes of comparison.

Lynette Tipton Steed, EVP and a community banking specialist for Regions Financial Corp., chimed in with a suggestion that franchisors choose a dozen banks coast-to-coast and work at building a relationship with them. That arrangement would give the lending institutions an opportunity to learn a concept inside and out. Franchisees could skip the usual missionary work, and the banks could make a more informed decision on licensee’s loan application.

Others recommended that franchisors handle the application process so they can provide the needed information, a set-up already used by a healthcare franchise called BrightStar.

“It’s not enough that the borrower meets the credit standards of the bank. It’s really a matter of showing the system itself is credit-worthy,” said Frandata’s Johnson. “It’s showing we have improved credit systems and showing that franchise systems as a whole are less of a credit risk.

“That is where we will solve the $2 billion credit gap.”

Restaurant Business, the magazine sister of restaurantbusiness.com, was a media partner of the Small Business Lending Summit.