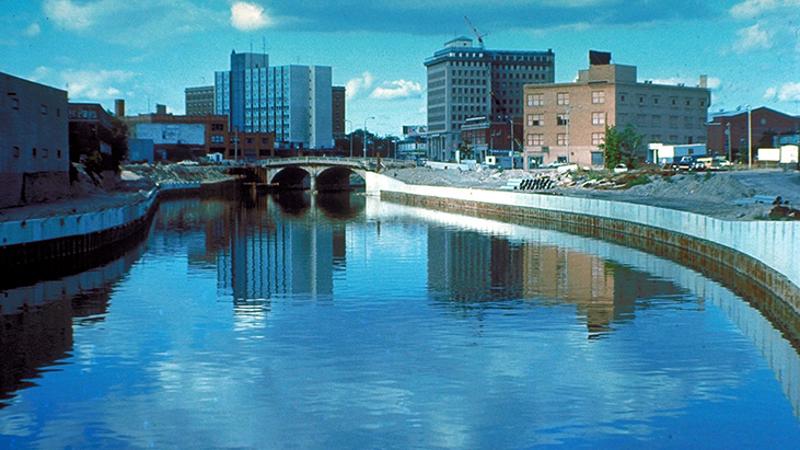 These days, Flint, Mich., restaurants say they’re hard pressed to serve a guest without having to address the safety of the water they serve.

Questions about the water are usually the first things that come out of customers’ mouths, says Ron Sims, owner of The Torch Bar and Grill, which serves what he calls “an eclectic mix of people” in downtown Flint.

Soon after news broke last fall that lead from corroded pipes had been leaching into the city’s water for months, The Torch installed a water filtration system that was relatively new on the market, says Sims, who has owned the concept for about a decade.

Still, sales at The Torch were down from October to December, as well as in January, but Sims says it’s tough to tell how much of last month’s decline was due to winter weather rather than water.

While coverage of the public health crisis has begun to wane, area eateries continue to contend with its aftermath. Local bar and restaurant owners are “still concerned,” he says. “A lot of places did feel the effects more than we did.”

Among the downtown businesses, there’s a large emphasis on safety, says Spencer Ruegsegger, general manager at Blackstone’s, an Irish-American pub that seats around 100. “We’re always making sure what we’re doing is safe and secure for our customers.”

At Blackstone’s, “[we] try to promote our business as best we can,” says Ruegsegger, noting that while traffic was down shortly after news of the crisis broke, there hadn’t been a noticeable dip from last year in the time since.

Blackstone’s tests its water for lead on a weekly basis, and as of January, posts the results on the restaurant door where they can be easily seen by customers, he says. In addition, it filters water used for cooking and cleaning, and offers bottled water, something new for the concept.

“We’re not going to serve anything we wouldn’t consume ourselves,” he says.

Part of the challenge to restoring sales is assuring guests, especially out-of-towners, that Flint restaurants are taking necessary precautions and are safe to visit, says Luis Fernandes, general manager and executive chef at Redwood Steakhouse and Brewery.

“Customers are afraid to try different restaurants in the area,” he says, noting that not all concepts with a Flint address get their water from the Flint River. Two of the local restaurants he manages actually use water sourced from the Detroit area, he says.

Patrons at Freakin’ Unbelievable Burgers appear to be opting for more water alternatives, as soft drink sales at its Flint location are up. The restaurant, which is not on the Flint water system, posts signs to let customers know that its water is safe for drinking, cooking and cleaning, Communications Director Megan Spencer said via email.

Although many restaurants have seen a negative impact, Fernandes says he thinks the situation will improve.

“We’re a little bit down, but we’re a very resilient community,” he says. “I think we’ll weather the storm.”