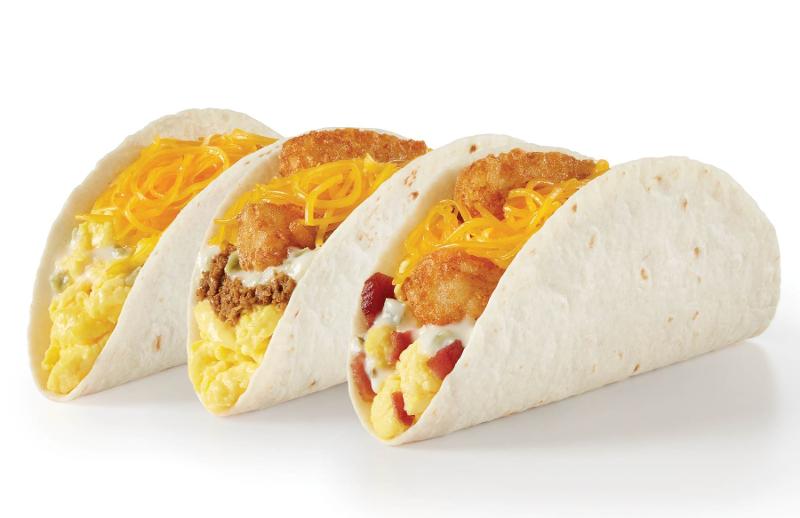 Del Taco was looking to get customers back into its restaurants in the morning. So why not upgrade its tacos?

Specifically, the Lake Forest, Calif.-based chain said on Wednesday that it is introducing a new line of breakfast tacos—an increasingly popular item in the restaurant world but one that remains surprisingly rare among fast-food chains.

Del Taco is introducing a line of “Double Cheese Breakfast Tacos” that will range in price from $1 to $1.69. The tacos will feature Queso Blanco and shredded cheddar cheese. It features the $1 Egg and Cheese taco with scrambled eggs and the cheeses on a flour tortilla.

Surprisingly, few big chains have breakfast tacos, at least on a national scale, preferring to wrap their eggs and sausage and bacon into burritos. Del Taco says its breakfast tacos make it one of the few quick-serve chains to serve them.

“As the country is now establishing more normalized daily routines, we wanted to offer breakfast lovers something that is everyday affordable with amazing flavor you can’t get anywhere else,” Tim Hackbardt, Del Taco’s chief marketing officer, said in a statement.

The 600-unit Del Taco had been looking toward menu upgrades in a bid to jumpstart its morning business.

The chain’s breakfast business was sluggish coming out of the pandemic. Same-store sales in the morning daypart was down in the “high single digits” in the company’s first quarter. They had improved to down in the “mid-single digits” early in the second quarter, executives told investors in April.

Breakfast has been a mixed bag for fast-food chains. While McDonald’s saw a quick recovery and Wendy’s successfully added the daypart, others struggled as customers stopped going to work in the mornings and stayed home.

At Del Taco, the weak breakfast daypart declined despite otherwise strong same-store sales—which rose 9.1% and 6% on a two-year “stacked” basis in the first quarter.

Like many companies, Del Taco executives are hopeful that customers return to routines and eat breakfast more often again.

“We are currently finalizing a new breakfast platform late summer, anticipating morning routines are likely to further normalize as vaccination rates improve,” CEO John Cappasola said told investors in April, according to a transcript on the financial services site Sentieo. “We expect this to put us in a position to capitalize on strong breakfast seasonality in the fall.”