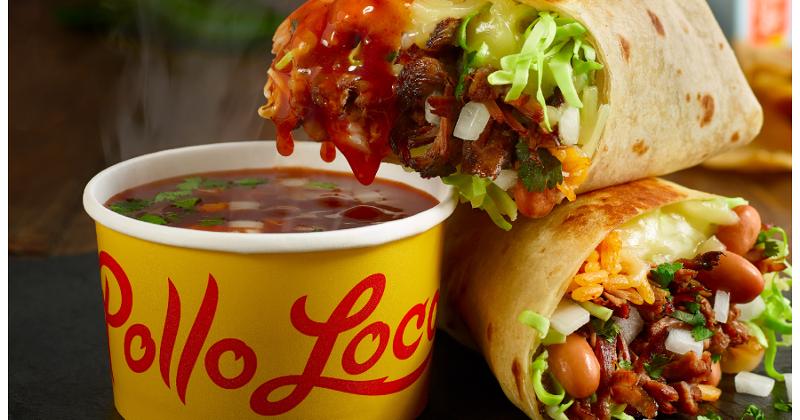 Birria tacos have been trending on Instagram and TikTok for over a year, and El Pollo Loco, the Mexican-born, Los Angeles-based chain, has been watching.

“We’ve been following birria for some time, and the timing was right to for us to put it on the menu,” said Heather Gardea, El Pollo Loco’s VP of culinary development. With the chain’s 50-50 mix of Hispanic and non-Hispanic customers, “we knew our guests would embrace it,” Gardea said.

Birria originated in the Mexican state of Jalisco as a stew typically made with braised goat. When taco joints in Tijuana adapted the dish, they stuffed it in tortillas with cheese, dipped them in beef fat and fried it into crisp tacos.

Birria soon migrated to Los Angeles and rose in popularity when taco trucks and Mexican mom-and-pops started serving the creation made with braised beef. New York City became a hotbed of birria innovation about two years ago and the drippy, red tacos have legions of fans, thanks to social media.

In developing new menu items, El Pollo Loco strives for authenticity to stay true to its Mexican roots. So Gardea and her team used the taco truck version as a starting point but were tasked with figuring out how to scale it up to work at 481 locations.

Another challenge—the chicken-centric chain didn't have beef on its menu.

“Birria was a departure for us,” said Gardea, but the chain was committed to working with a beef supplier to make it happen.

Getting down to R&D

In the U.S., birria is served in two parts: the braised beef taco and a separate cup of braising liquid or consommé for dipping. During recipe development, Gardea tackled each component separately.

“We started with the beef, experimenting with different cuts that have enough marbling to adapt well to braising,” she said. "We settled on the cushion, which allows for the hours-long, slow cooking required to make it tender.”

However, the time element was a roadblock to cooking the beef from scratch at the limited-service chain. So El Pollo Loco partnered with a supplier that does the braising and delivers the cooked meat to each location. In the units’ kitchens, the beef is shredded and simmered some more to blend the flavors, said Gardea.

Next up: the consommé. “We wanted to retain all the flavors of the braising liquid for the dip, without using the supplier’s batch,” said Gardea.

She and her team developed a consommé close to the original, seasoning it with Mexican oregano, garlic, guajillo peppers and lime. El Pollo Loco contracts with another supplier to batch it up, and fresh onions and cilantro are added at each restaurant. It has the characteristic red color that’s all the rage on social media.

El Pollo Loco’s Mexican Shredded Beef Birria is available as crunchy tacos, a stuffed quesadilla with cheese and avocado, and an overstuffed burrito. All come with an accompanying cup of consommé for dipping; pricing for the meal starts at $8.29.

“Aside from the beef and consommé, the only additional SKU we brought in was a special tortilla so we could create the authentic crunchy tacos,” said Gardea. “The tortilla can be fried crunchy but doesn’t absorb the cooking oil.”

As with any menu development project, there were some ideas that didn’t quite work in the R&D kitchen. “We tried different cuts of meat that weren’t as successful as the cushion,” she said. “We also experimented with a chicken birria, but it seemed too inauthentic.”

The team also played with roasted flavors when cooking the meat, but some turned too bitter, Gardea added.

Once the final product was ready to move onto the menu, every person on staff in every location had to learn how to cook it. “We closed the restaurants on a Saturday morning and trained the teams on the preparation steps and the history behind birria to assure that execution was smooth,” she said. “We felt we had a lot of risk … a chicken brand bringing a beef item to the menu.”

Marketing to a mass audience

El Pollo Loco worked with a packaging supplier to design a box for the birria items to use for both dine-in and to-go guests. The box is printed with colorful graphics and contains a special cup holder for the consommé. 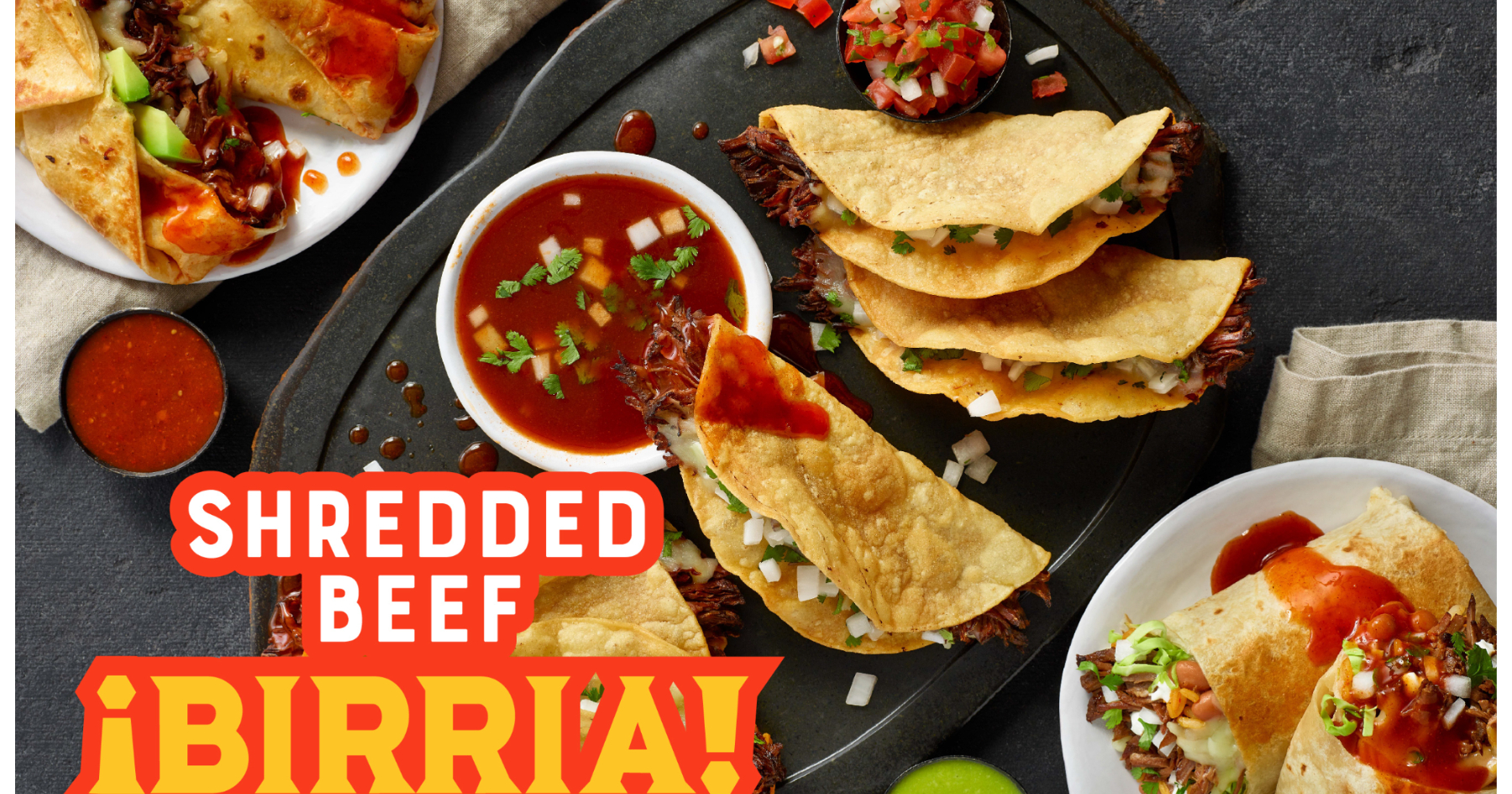 But social media was the most effective marketing tool.

“Birria has the added plus of already being very social-media friendly,” said Gardea. The chain capitalized on that popularity by creating a viral #DipNDrip TikTok activation that achieved 24 million impressions from the birria’s launch date in mid-March until the LTO completed its run on June 1. El Pollo Loco also partnered with 10 TikTok influencers to expand the reach.

And the chain created several videos that ran on YouTube, building more user-generated content and garnering thousands of views.

“Fans talked about the eating experience and how authentic the birria was,” Gardea said.

“El Pollo Loco’s systemwide sales increased 7.8% in the first quarter [of 2022],” CEO Larry Roberts said in a statement. “The launch of our Shredded Beef Birria limited-time offer … significantly accelerated our top line momentum, which has continued into the second quarter, with systemwide sales of 12.4% through April 27.”

The birria launch was the most successful LTO in the brand’s 40-year history, which led Gardea to say “we will most probably see it again on our menu as a limited-time offer. As a brand, we’re extremely proud to be the first—or one of the first—to bring birria to the public.”