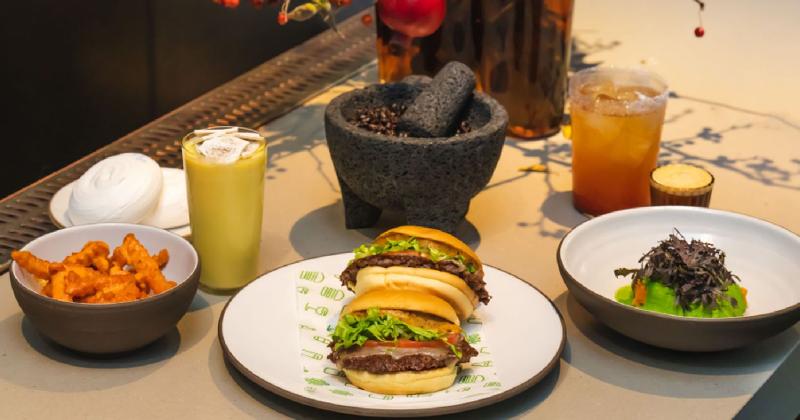 Shake Shack is partnering with Chef Enrique Olvera of award-winning Mexico City restaurant, Pujol, to serve a $75 three-course dinner for two nights only.

The dinner will be available on Nov. 10 at the fast casual’s West Village Shack in New York City  and on Nov. 15 at its Santa Monica location in Los Angeles.

While the menu features Shake Shack standbys like burgers and shakes, Chef Olvera spins these items into a different flavor dimension by adding insects, corn husks and other unique touches.

There’s the Ant Burger, for example, featured in the second course. It’s composed of an Angus cheeseburger topped with Chicatana Ant Mayonnaise—a condiment made by sauteeing flying Mexican ants and grinding them with a mortar and pestle before blending with mayo. The ants are a delicacy of Mexico and the mayonnaise is one of Olvera’s signatures, used with elote and other applications on Pujol’s menu.

To balance this out-of-the-ordinary ingredient, the ant burger is also layered with more familiar toppings, including Monterey Jack cheese, smoked tomato and shredded lettuce. Sweet Potato Fries with guacachile salsa round out the second course.

For the first course, Olvera created a Potato and Broccoli Cream Tamal with mustard greens. The third course is a Corn Husk Meringue Shake made with vanilla frozen custard blended with corn cream and topped with a corn husk meringue. 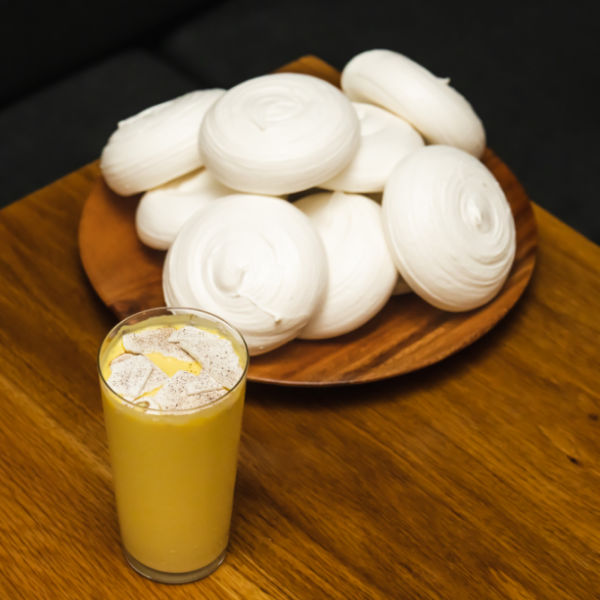 The dessert course for the collaborative dinner  is a Corn Husk Meringue Shake. /Photo courtesy of Shake Shack.

Beverages are available to pair with the dinners, including a Shackmeister Michelada and a selection of Shack wines and beers.

“Every time I come to New York I always enjoy ShackBurgers at lunch. I love not only the taste and simplicity, but that Shake Shack shares my view that food should focus on letting high quality ingredients shine,” said Chef Olvera in a statement.

Olvera also heads up Cosme in New York City and Damian in Los Angeles. “We were excited to incorporate elements that are emblematic of our restaurants, like the Chicatana Ant Mayonnaise that we use at Pujol, and the Corn Husk Meringue from our favorite Cosme dessert. I’m very happy with the result, and excited to share this menu with our fans,” he said.

“We’ve always had a great admiration for Chef Enrique Olvera and his philosophy of highlighting exceptional ingredients. Not only has this collaboration given us the opportunity to partner with a culinary icon, it’s allowed us to bring a taste of Mexico City to both of our fans in New York and Los Angeles. After a successful run in Mexico City, we’re excited to show fans what we’re cooking up.”

To attend the Shack Shake x Olvera dinners in N.Y.C. or L.A., guests have to purchase tickets in advance and book a preferred time slot. Each evening will include three seatings, from 5 p.m. to 8:15 p.m.