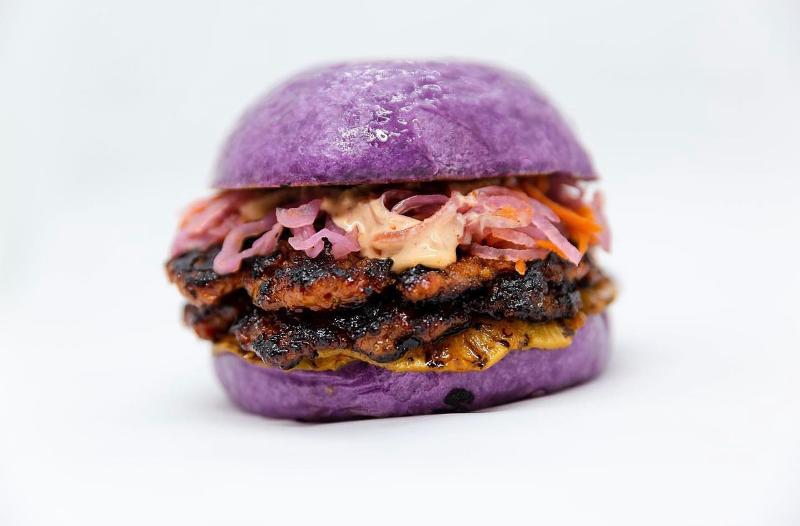 Filipino cuisine has been finding its way onto menus, such as this Tocino Burger on an Ube bun from Pogiboys. / Photo courtesy of Pogiboys.

For years, culinary experts and restaurant forecasters have hailed Filipino cuisine as the “next big thing.” According to Food & Wine magazine, Andrew Zimmern made that call in 2012 and the late Anthony Bourdain followed suit in 2017.

It appears that they are finally, albeit belatedly, correct. What took so long? Fact is that global foods and flavors aren’t popularized by pundit proclamation. Rather, they represent a confluence of factors that includes geopolitics and global trade, immigration patterns, and foods and flavors that are appealing to consumers and accessible to chefs. And arguably the most important prerequisite of all is the presence of social-media-savvy chef-advocates.

From the immigration perspective, Pew Research Center reports that 4.2 million Filipino-Americans constitute the third-largest Asian-origin group in the US, while the Migration Policy Institute says they largely reside in the states of Hawaii, California and Texas, as well as the Chicago and New York City metros. As for chef-advocates, social-media coverage has propelled Filipino-American (Fil-Am) restaurateurs into the spotlight in cities from coast to coast.

Emerging stars in multiple markets. Theyhave been busily piling up accolades. The James Beard Awards have recognized a half dozen Fil-Am nominees over the recent past, including Tom Cunanan, named Best Chef Mid-Atlantic. He now runs fast-casual Pogiboy in Washington DC, in partnership with fellow Fil-Am chef Paolo Dungca.

Publications like Food & Wine and Bon Appetit have jumped on board; the former by naming several Fil-Am chefs to its annual Best New Chefs list this year, and the latter by extolling what it dubs FilipinX recipes. In a story titled “Manila North,” Mpls.St.Paul magazine asked readers if the Twin Cities’ Filipino food scene “was amazing or what?”, and this spring the Atlanta paper featured “Filipino Restaurants and Pop-Ups to Try.” Among the dozen operations named was Kamayan ATL, a pop-up and catering concern that was a James Beard semifinalist. 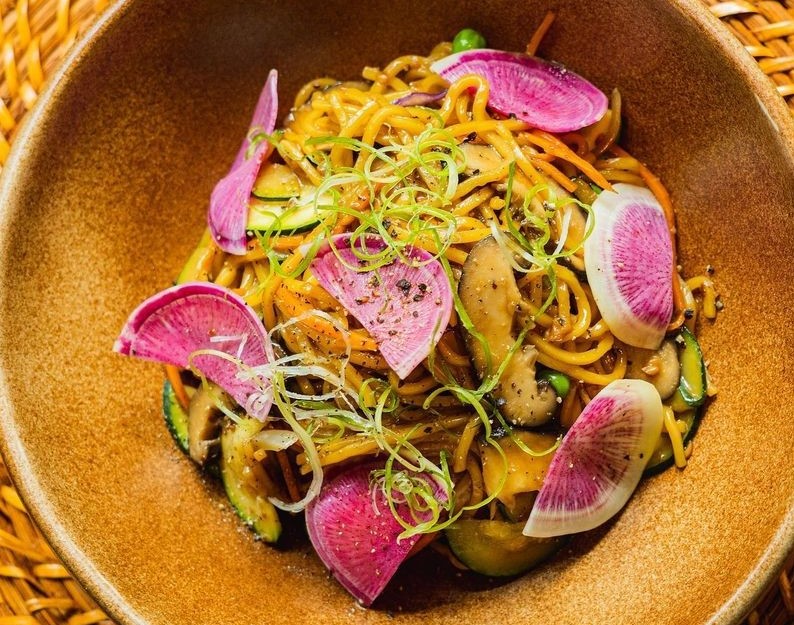 Women chefs have been leading the rise of Filipino restaurants, such as Melissa Miranda's Musang, which serves this Pancit Canton. / Photo by Adam Gatdula.

Women at the helm. One of the notable features of the rise of Filipino restaurants here has been the prominence of women chefs, bakers and restauranteurs, a phenomenon that also characterized the emergence of both Korean- and Israeli-American cuisines over the past decade. Recognition of culinary as a worthwhile profession for men has been slow to arrive in many countries, leaving women as the de facto keepers of the kitchen, where they have preserved recipes, techniques and culinary lore.

The tradition continues with Cristeta Pasia Comerford, the current White House chef who has held that position since 2005. Then there are Ria Dolly Barbosa, whose Petite Peso was named one of the Best New Restaurants by the Los Angeles Times, and Silver Iocovozzi, a second-generation Filipina-American in Asheville, NC.  When she opened Neng Jr.’s there, she built her menu around dishes she learned from her mother. Across the country in Seattle, chef Melissa Miranda’s Musang regularly has lines out the door, with patrons clamoring for her local and seasonal Fil-Am cooking.

Potential for crossover. The concept of a melting-pot cuisine clearly applies to the Filipino kitchen, where an East-meets-West sensibility incorporates elements of Spanish, Malaysian, Chinese, Indonesian, Japanese, Indian and American cookery.Since these influences are felt differently among the 7,000 islands that make up the Philippines, there is an extraordinary array of regional ingredients and dishes, very few of which have made it onto US menus. In fact, Technomic’s Ignite database reports that only 0.7% of operators menu Philippine flavors, which translates to huge upside potential.

If one item stands head and shoulders above all others as a crossover candidate, it’s adobo. Generally considered the country’s national dish, it refers to both the sauce and the dish in which it’s used. The tart and tasty combination of garlic, soy sauce and vinegar are distinctive, pleasing and absent from mainstream bills of fare. Proper promotion and positioning could make chicken adobo a contender not only in the burgeoning chicken-sandwich category, but also an appealing entree when plated with rice. It also works in appetizers, of course, like the Filipino Chicken Tendies (Yes, that’s right) at Young American in Chicago’s trendy Logan Square, where adobo-marinated tenders are paired with a side of fermented chile ranch.

A variation on the theme from Chicago’s lauded Kasama is the eponymous Kasama Combo Sandwich, a clever riff on local favorite Italian beef; in this case, shaved adobo pork combines with longanisa sausage and the requisite giardiniera condiment, accompanied by warm adobo jus for dipping. The daytime menu also offers Mushroom Adobo with soy-braised mushrooms, a fried egg and garlic rice.

Easy to like, noodles speak a universal language, and in Filipino, it’s pancit. While the word refers to a variety of noodles, pancit Canton, a cousin to Chinese lo mein, is especially popular. At Seattle’s Musang, the photogenic dish includes yellow wheat noodles and vegetables in soy-mushroom broth that is finished with pickled red onions, lemon, and fried garlic. By contrast, Young American’s Breakfast Noodles combine rice noodles with charred scallions, vegetable mix, fermented cauliflower and egg yolk. 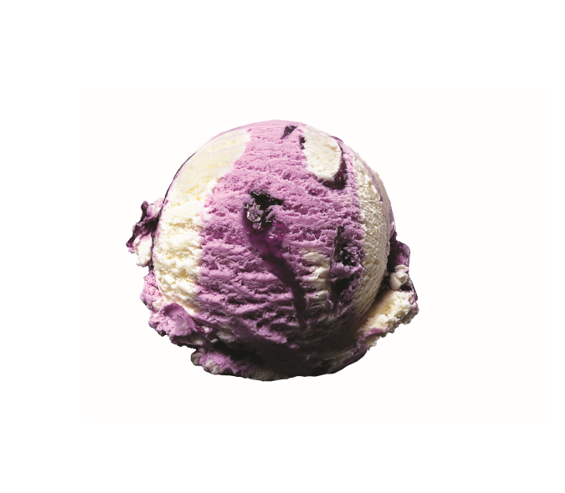 On the sweet side, photogenic ube, a purple yam, is popping up on a variety of menus. A great example is Baskin-Robbins’ Ube Coconut Swirl Ice Cream, a limited-time offer this spring, in which swirls of ube and coconut ice cream were set off with an eye-catching ribbon of deep purple. It’s also appearing in next-gen soft-serve spots, like Soft Swerve in New York City, and in baked goods, like Bom Bakeshop in Austin, TX, where Ube Mochi Doughnuts are instantly Instagrammable.

Speaking of baked goods, the unexpected use of ube in the burger buns at Pogiboy has sent the DC media, both conventional and digital, into overdrive. Equally unexpected is its appearance in a beverage at Wake ‘n Bacon in Chicago, where the layered Purple Haze consists of a house-made ube mix and choice of milk topped with iced coffee. The New York City branch of swanky Buddakan has tempted diners with Ube Cheesecake with blackberry compote and toasted rice ice cream.

And then there’s halo-halo, which translates as mix-mix, and is sort of like a sundae on steroids. Kuya’s Food Express, located in a suburban Atlanta food court, layers ube ice cream with leche flan, sweet palm, coconut and other tasty ingredients. Owner Patrick Galsim says roughly 30% of his customer base is non-Filipino, doubtless lured by the picture-perfect treat as well as his menu of Filipino comfort food classics.

And there’s more: The Filipino pantry also includes readily available, easily merchandised ingredients like calamansi, a citrus fruit, as well as tangy-sweet tamarind and coconut, both the meat and the milk.

So, is Filipino cuisine the next big thing? The phrase has a sort of 20th century ring to it, like the culinary equivalent of hula hoops or Cabbage Patch Dolls. From a more contemporary point of view, though, conditions are right for the cuisine to come into its own here. Here’s what to watch for: further adaptation of foods and flavors on mainstream menus, continued growth and influence of well-respected local operators and the emergence of fast-casual Fil-Am chains.