Choosing small plates offers diners the opportunity to try a variety of menu items and flavors—which, according to a recent report by Technomic, is what 70% of consumers are looking for in shareable dining. But they’re not looking for pared down versions of entrees or to order off of the appetizer menu. Shareable meals have gotten serious for many consumers—they’re hungry for new ingredients, bolder flavors and global influences. 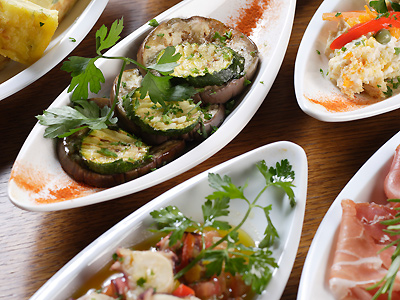 Latin and Hispanic flavors specifically, are quite popular. As the Hispanic population increases in the U.S., so does the culture’s influence on the American food market. Recent statistics from Packaged Facts project sales of Hispanic foods and beverages to increase by 36.7% to $9.5 billion by 2014. The company further reports that that Latin influenced menu items can be “authentic and traditional, made from imported or specialty ingredients according to longstanding cooking methods, or they can be fused, mixed and matched with other cuisines to create new, adventurous incarnations.”  By serving authentically inspired regional favorites, operations can stand out from the culturally diluted offerings often found on menus.