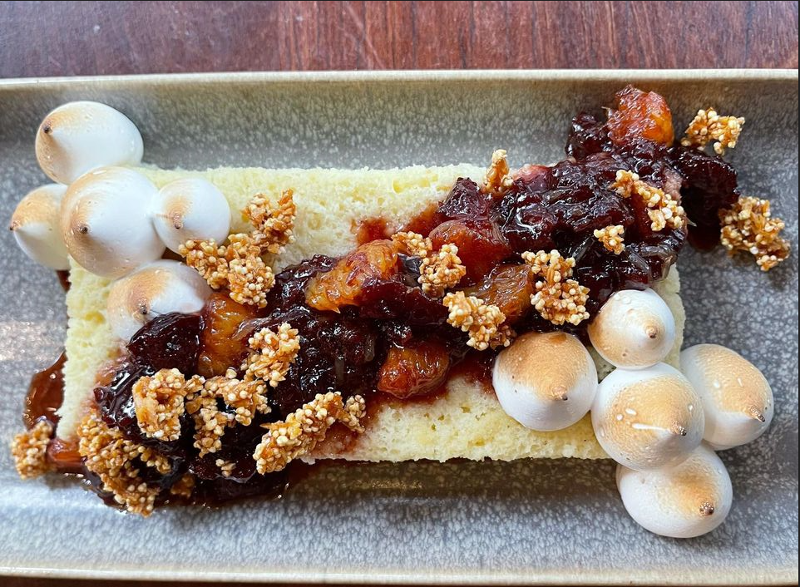 Following on the heels of restaurateurs’ warm embrace of churros comes horchata, and it turns out that the two have more in common than simply their rising popularity on menus. Both were introduced to Spain by the Moors centuries ago, after which they made their way to Latin American countries. Each is easy to like and demonstrates surprisingly broad menu bandwidth.

Churros, deep-fried treats finished with sugar and cinnamon, are popping up not only in sweet items, but also in savory applications and in beverages, both alcoholic and non-. Horchata, a plant-based beverage whose formulation varies by country, is following suit. Most American diners are learning to love the Mexican variety, in which rice and water are combined, soaked overnight and then strained to remove particulates. As with churros, the finishing touches are typically cinnamon and sugar, though many recipes add vanilla, some include almonds and others call for milk to enhance creaminess.

According to RB’s sister company Technomic, the beverage has enjoyed a slow but steady increase in menu mentions, climbing 5% in the past year and 17% in the last five. But these numbers do not reflect the range of creativity and versatility that have combined to move it up the charts. For consumers, it affords a refreshing, plant-based option with an appealing global pedigree, and for restaurateurs, it offers favorable food cost, easy prep and ready promotability.

It's sometimes served hot, but mostly it’s cold. While horchata is usually served chilled, some operators are adapting it for colder climates. For example, Chicago’s Xurro Churro Factory offers a warming Horchata Cappuccino perfect for that city’s long winters, but also pairs it with iced coffee, nitro and matcha versions. Numerous chains are using it in cold brews, like The Cha Cha at Tacodeli, Peet’s Horchata Cold Brew Oat Latte and Starbucks’ Horchata Almondmilk Frappuccino which comes topped with whipped cream, a swirl of caramel and cinnamon and sugar sprinkles.

In Dallas, Cocoandré Chocolatier raises the profile of the basic beverage by dressing up the Cocoandré Plain Horchata with ingredients found in its celebrated line of handmade truffles, like pecans, mocha, matcha, marzipan and strawberries. There’s also a clever Dirty Horchata made with a shot of espresso.

It’s blended or shaken, but not stirred. Fast-casual Juice It Up! just launched a pair of items, the PB Horchata Smoothie and the Blue Horchata Smoothie, that join the original Horchata Smoothie and Horchata bowl that debuted last year. Pressed, which specializes in cold-pressed juices, goes blue, too, with its Horchata Azul. The blue in both items comes from spirulina, a dietary supplement considered a superfood by its consumers. While none of the above use dairy products, Jamba Juice’s Lotta Horchata contains fat-free vanilla frozen yogurt with almond milk and cold-brew coffee.

On the subject of what’s shaking, there’s the fun Oreo Horchata Shake offered for a limited time at Del Taco. It added cookie pieces and horchata syrup to the vanilla shake, a combination that, along with providing a nice fit with the chain’s larger food menu, made it the most successful shake offering of the last year. 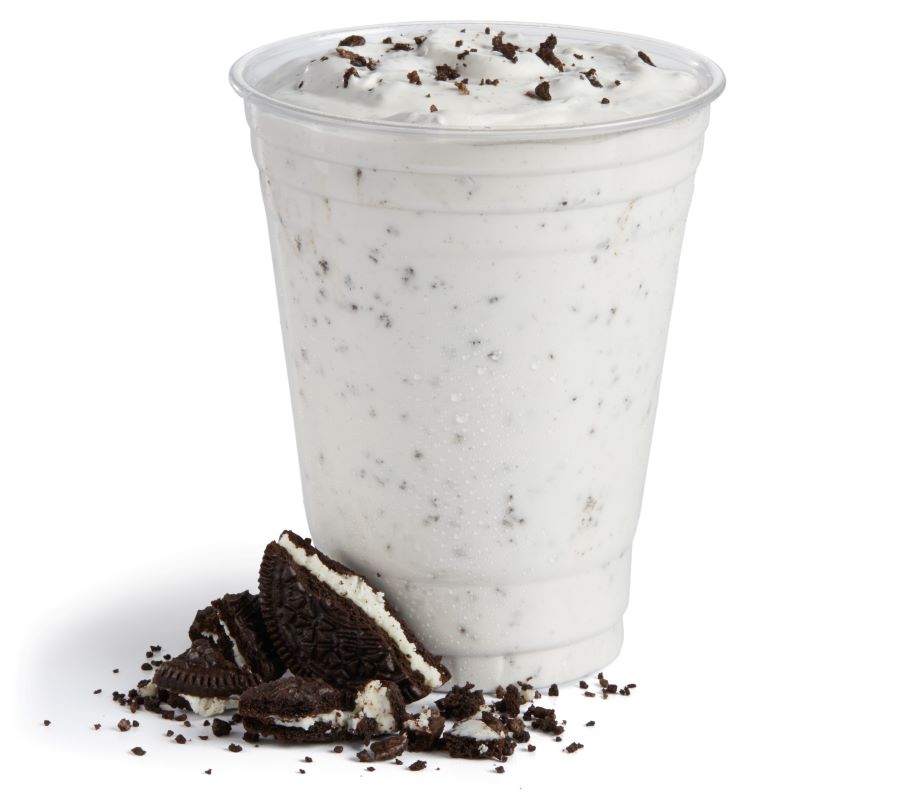 It works well in cocktails. Horchata’s easy compatibility with other ingredients has boosted its use at bars. Laredo’s Grill in Seattle concocted a nifty Frochata that married horchata-flavored vodka, spiced rum and house-made horchata. Served frozen, it nodded to the frosé craze. The El Vaquero chain of Mexican restaurants created a spirited CarajilloCocktail made with 100% agave spirits, horchata rum and coffee. Diners who really wanted to indulge could add a scoop of vanilla for a Carajillo Float.

This past winter, Old Chicago Pizzeria and Taproom sold some White Lies made up of vodka, Rumchata horchata liqueur, heavy cream and simple syrup. BuzzBallz, which made a splash at the most recent NRA Show with a broad line of premade cocktails, suggested a double-barreled combination of the Horchata and Choc Tease Cocktails. Perhaps inevitably, the website has posted a recipe for a Horchata Spiced Pumpkin Cocktail with pumpkin purée and coconut milk. Because, how could they not?

And it plays well in foods, too. Horchata is gaining popularity as a food ingredient, as with Voodoo Doughnut’s Hole Lotta Horchata Doughnut that put horchata custard on the inside and cinnamon sugar on the outside. By contrast, Salty Donuts takes a brioche doughnut that is soaked in horchata and encrusts it in chocolate. The latter brand also collaborated with Salt & Straw Ice Cream Shops on a limited-edition donut-infused Horchata Donut Ice Cream.

La Newyorkina’s mission is to “share the sweetness of Mexico,” with the Big Apple, which it accomplishes with Horchata Ice Cream, Paletas and Mini Paletitas, or ice cream pops. Speaking of icy delights, Baskin-Robbins’ Horchata Ice Sorbet with coconut cream appeals to vegans, as does the new Cinnamon Horchata with almond milk at Menchie’s Frozen Yogurt.

Then there are Dirt Dogs, which dishes up “the official hot dog of Los Angeles” and where patrons can choose from a wide assortment of hot dogs, followed by a choice of creative desserts like Horchata Ice Cream with vanilla bean ice cream, house-made horchata syrup, Rice Krispies and almonds topped with a churro; Fried Oreos with horchata whipped cream; Crunchata Cheesecake made with horchata syrup; and a Deep-Fried Twinkie with a side of horchata whipped cream. In the Las Vegas units, these can all be chased with Deez Nuts, a shooter made of Rumchata. 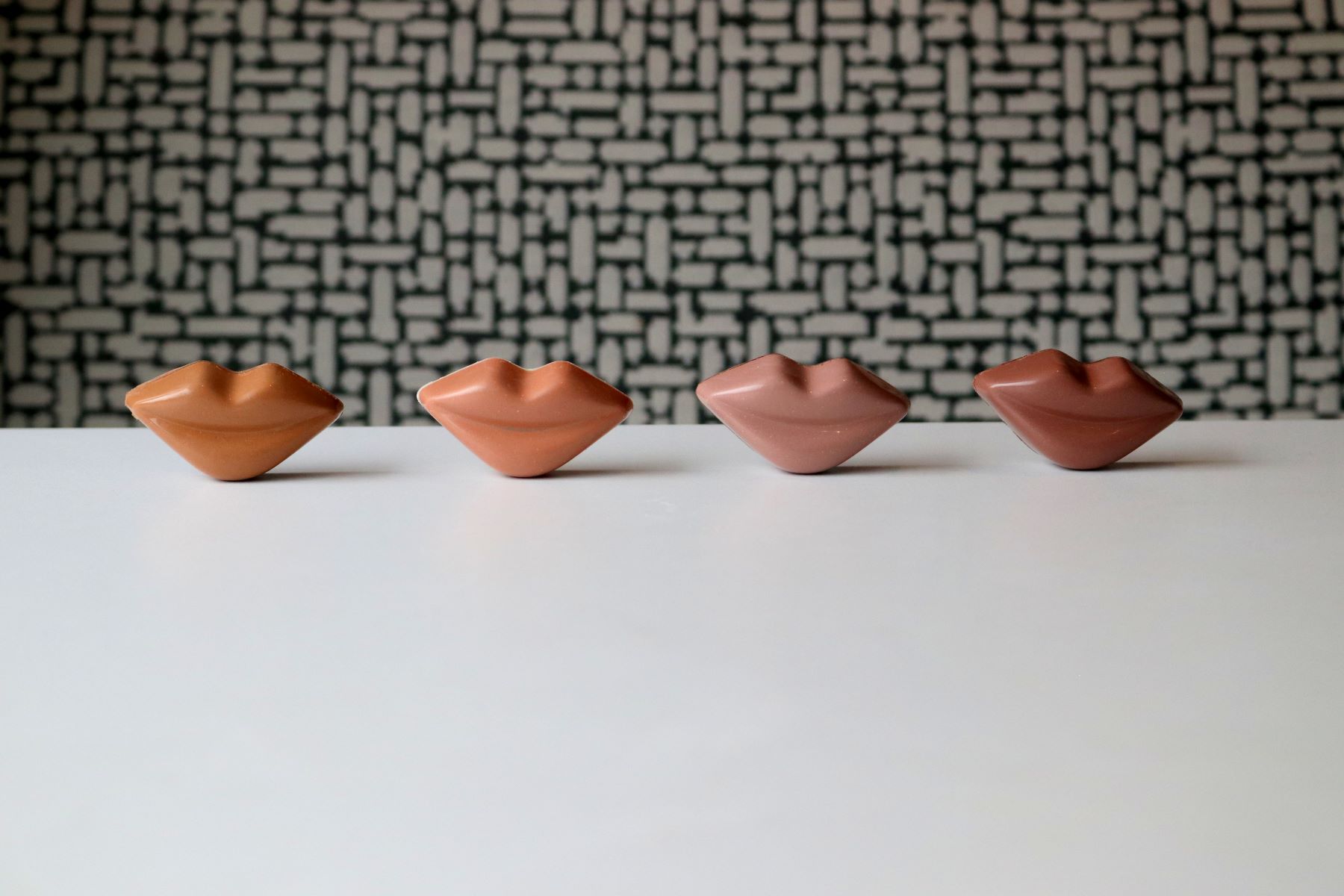 Finally, nothing provides a sweeter ending than a kiss, so the pastry chefs at Xochi, part of Houston’s award-winning H Town Restaurant Group, delighting diners with Besos de Chocolate for Valentine's Day. The Oaxacan-inspired treats started with house-toasted-and--ground cacao beans, and the resulting chocolate was filled with heart-winning flavors like Strawberry Horchata and Champagne Caramel Rosé in a memorable, madly Instagrammable presentation.