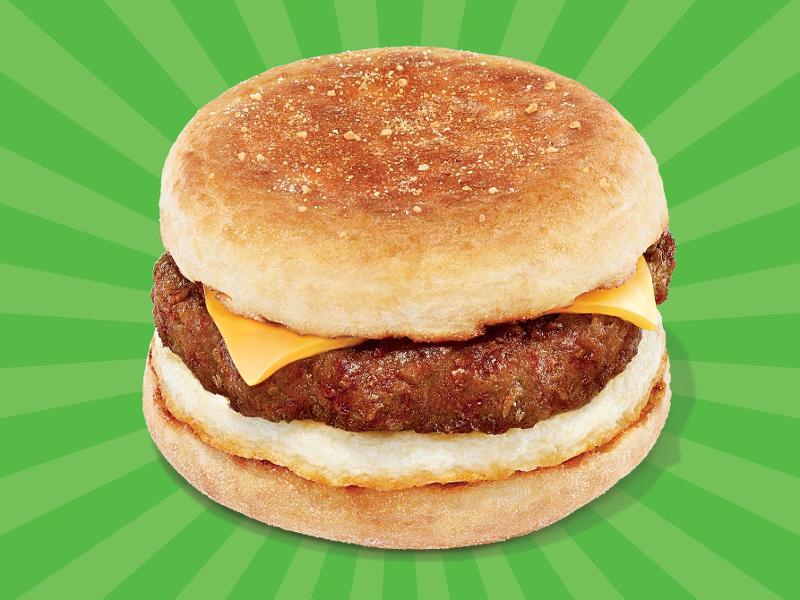 No, Dunkin’ has not gotten rid of its Beyond Sausage Breakfast Sandwich. But it’s a lot harder to get one.

The Canton, Mass.-based coffee chain said in a statement Wednesday that it is only serving the product in 10 Western states and “several hundred” of its restaurants.

“We maintain a strong relationship with Beyond Meat and will continue to work together to explore innovative plant-based options to meet consumer demand for plant-based menu items,” the company said. “The Beyond Sausage Breakfast Sandwich continues to be available at several hundred Dunkin’ restaurants throughout the country, including in California, Arizona, New Mexico, Colorado, Missouri, Nebraska, Hawaii, Utah, Kansas and Wyoming.”

The statement followed a report from an analyst with J.P. Morgan that Dunkin’ had dropped the sandwich and suggested it likely didn’t sell well enough to warrant continued inclusion on the menu.

Indeed, the sandwich is not listed on Dunkin’s online menu.

News of the report sent Beyond Meat’s stock down nearly 2% in after-hours trading Wednesday.

While Dunkin’ hasn’t completely pulled the product, it has still pulled back considerably on a menu item that had once given it some considerable buzz.

Dunkin’ introduced its Beyond Sausage breakfast sandwich in November 2019 to considerable fanfare. There is at least some evidence that it helped generate more sales—they improved by 130 basis points in that quarter from the previous period, even though the sandwich was only on the menu half the time.

The introduction was one of several by fast-food chains of plant-based products from Beyond Meat or its rival, Impossible Foods, that are designed to closely mimic the texture and flavor of real meat. Dunkin’ rival Starbucks has more recently jumped on the bandwagon with its own Impossible Breakfast Sandwich.

Yet such products have also been beset by some disappointments. Most notably, Tim Hortons dropped its own Beyond Meat product in early 2020 amid its own weak sales.