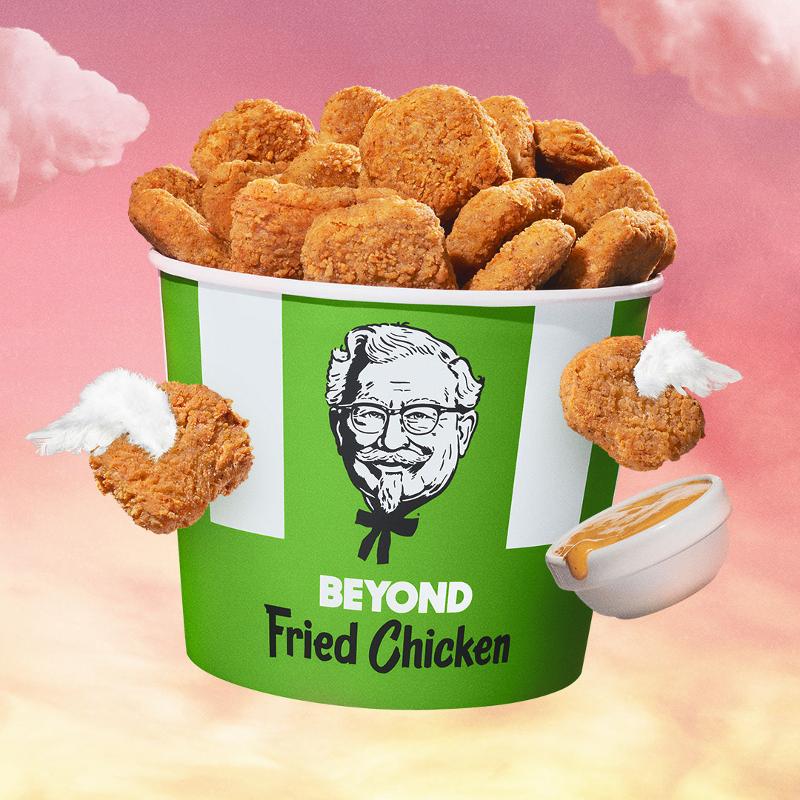 Kentucky Fried Chicken, the first QSR to menu Beyond Fried Chicken in 2019, is rolling out the next iteration of the plant-based product nationwide on Monday.

Beyond Meat developed what KFC is calling “Kentucky Fried Miracle” exclusively for the chain, creating a plant-based version that’s close in flavor and juiciness to its iconic fried chicken.

“The mission from day one was simple—make the world-famous Kentucky Fried Chicken from plants,” Kevin Hochman, president, KFC U.S., said in a statement. “And now over two years later we can say, ‘mission accomplished.’”

To kick off the rollout, KFC and Beyond meat teamed up with actress and creator Liza Koshy to star in a Kentucky Fried Miracle campaign. The social media influencer floats in on a “magic chicken carpet” to promote the national debut of the menu item. 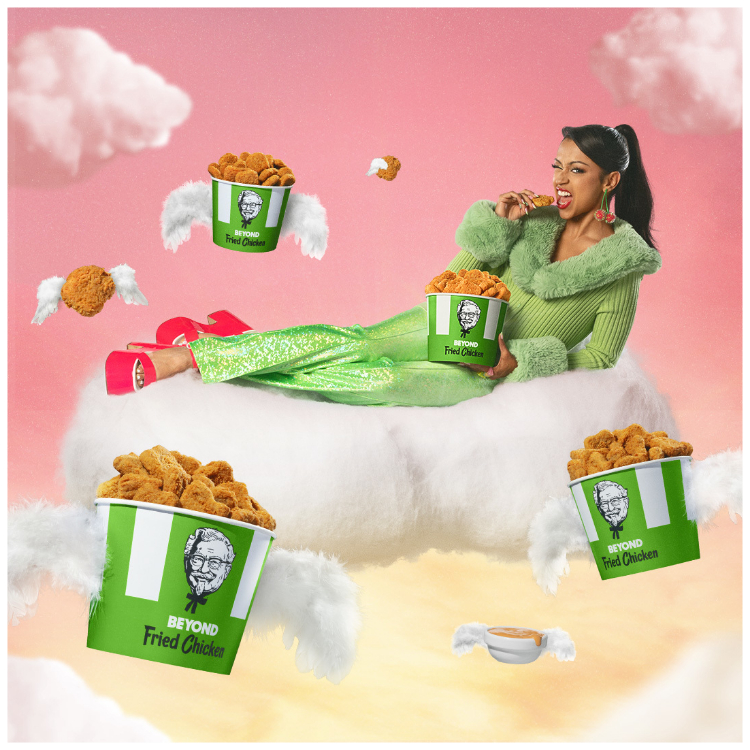 The 3,960-unit KFC is the first quick-service chain in the U.S. to menu plant-based chicken on a national scale, underscoring the rise in consumer demand for meatless versions of favorite menu items. The global plant-based alternatives market could grow to $162 billion in the next decade, up from $29.4 billion in 2020, according to a recent report from Bloomberg Intelligence. Some of the country's biggest chains, including Starbucks and Burger King, are pushing plant-based meat products. Burger giant McDonald's, meanwhile, has been testing a plant-based burger of its own.

KFC has been working on its plant-based chicken for the past couple of years. The Louisville, Ky.-based chain first tested the product at a single location in August 2019. The Beyond Fried Chicken sold out in less than five hours and generated 2 billion media impressions.

The two companies then worked to change the recipe to make the product closer to KFC's animal protein chicken. That version was brought to an expanded test to select restaurants in Nashville and Charlotte in 2020, followed by a sneak peek of the product in Southern California locations that summer. This time, the menu item sold out in a week.

Come Monday, customers can order up Beyond Fried Chicken with their favorite KFC dipping sauce, choosing from Honey BBQ, Ranch, Honey Mustard and KFC Sauce. It’s also available as KFC’s first-ever plant-based combo meal with fries and a medium drink, or a la carte in six or 12-piece orders. Prices start at $6.99.

Beyond Fried Chicken will be available at KFC for a limited time, while supplies last.