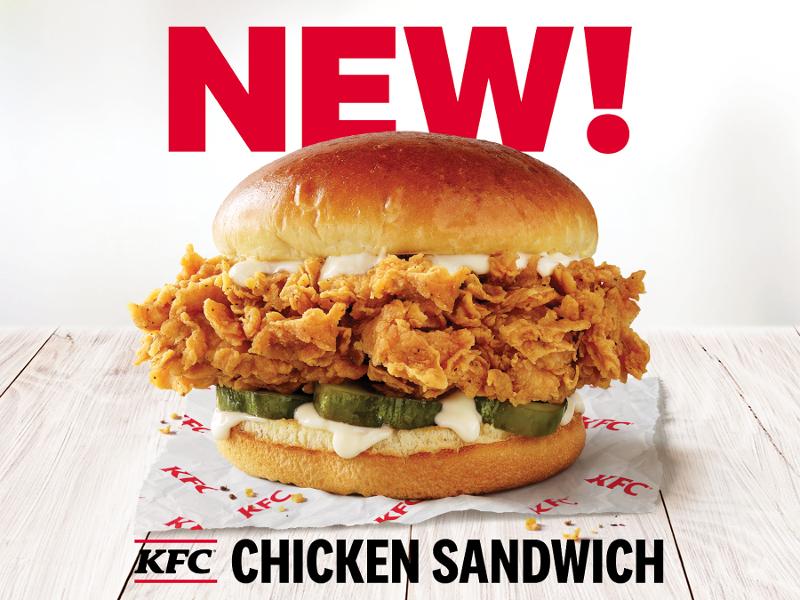 KFC on Tuesday stepped into the chicken sandwich wars by admitting that its competitors’ offerings were probably better.

The Louisville, Ky.-based chicken chain said it would start testing a premium chicken sandwich at 15 locations in Orlando designed to go up against rivals Popeyes Louisiana Kitchen and Chick-fil-A.

The Extra Crispy sandwich, 20% larger on a brioche bun with pickles and mayo, is priced at $3.99. The sandwich will be in test for a limited time.

The company in its release noted that a new premium sandwich was “necessary.”

“We wanted a chicken sandwich that really lives up to our legacy as the fried chicken experts and, let’s face it, ours wasn’t the one to beat,” Andrea Zahumensky, chief marketing officer for KFC U.S., said in a statement. “We knew an upgrade was necessary, so we painstakingly selected each ingredient to create a bigger, better, more premium sandwich than ever.”

Giant McDonald’s, meanwhile, has been eager to bolster its own chicken case with a test of a new chicken sandwich last year.

KFC, meanwhile, has focused much of its attention on marketing and limited time offers but was also apparently working on its own version. Zahumensky said the company tested eight variations of thickness and brines to develop its pickles and worked with six different bakeries on the formula for its brioche bun.

The company said it would deliver the sandwich to “unsung heroes who have kept America up and running in recent weeks,” including teachers, mechanics, police officers and others.