“It was a joke, and we quickly posted that it wasn’t real,” said Courtney Bufford, McAlister’s executive chef. “But then we started thinking that we should make this happen.”

Fast forward to June 10, 2022—National Iced Tea Day—when Atlanta-based McAlister’s began selling pints of Sweet Tea Ice Cream from its more than 500 locations. The very limited-time flavor, which will only be available while supplies last, was developed in partnership with Creamalicious, a premium ice cream brand that also has Southern roots.

Sweet tea has been on the menu ever since McAlister’s Deli opened its first location in Oxford, Miss. almost 30 years ago. It has since become a signature.

“It’s a Southern tradition to drink sweetened iced tea on a porch in the summer,” said Bufford. “We make sure ours is the best.”

The beverage is sourced from top quality black tea and brewed with water that’s passed through a special filtration system. It’s then sweetened with cane sugar.

To start the R&D process, Creamalicious Chef Liz Rogers developed a rich ice cream base and infused it with the sweet tea. She and Bufford worked together to balance the base with hints of other flavors. 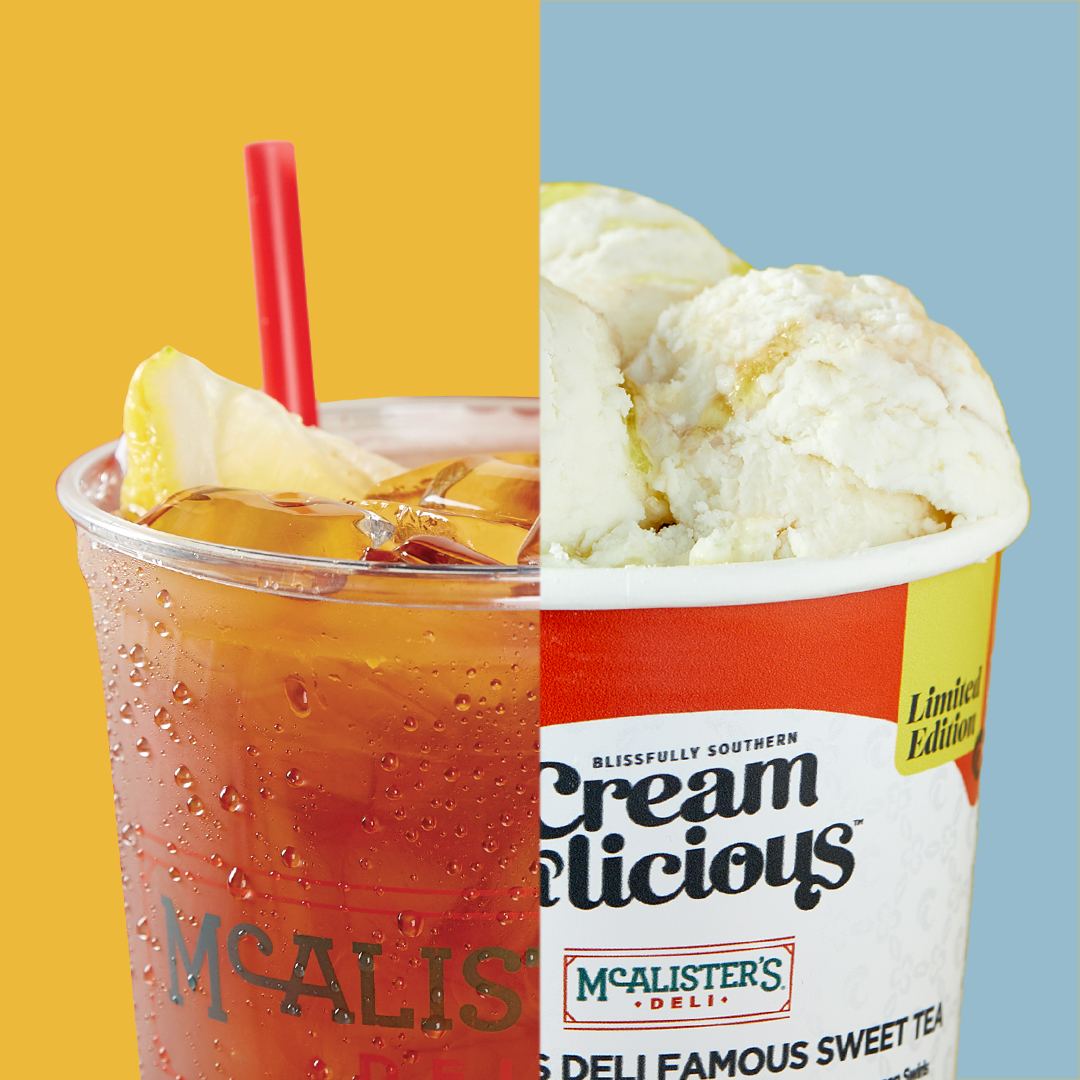 “Sugar cookies are another McAlister’s signature, so we added notes of sugar cookie, then swirled in some lemon,” said Bufford. “We wanted the ice cream to be enjoyable to the guest without being overwhelming.”

The two considered adding other fruit flavors, and tried the formula with strawberry, peach and black cherry purees—all products that were already in house. “Lemon was the best choice, since people often add lemon to iced tea anyway,” Bufford said. “We tried five or six versions before we came up with the final one.”

The ice cream is selling for $7.99 a pint and is available at McAlister’s locations and from the Creamalicious website.

The summer or sweet tea

Sweet Tea Ice Cream is the first ice cream McAlister’s ever launched, and the chain hasn’t extended its signature beverage to any other applications.

But desserts are a big draw on the menu. “We always have a nice plated dessert, like cheesecake, and introduce several limited-time dessert items each year.” 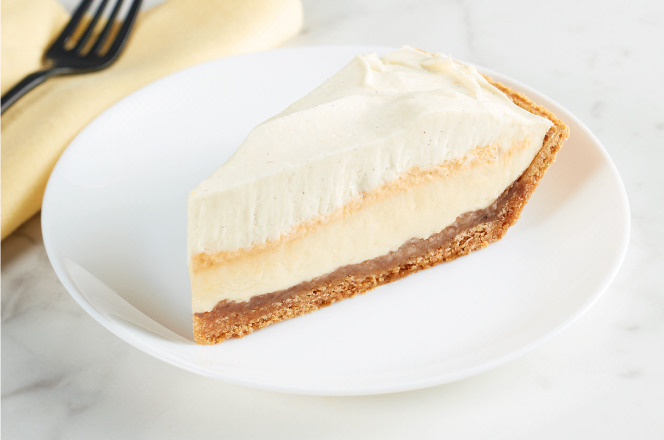 In the meantime, the Sweet Tea Ice Cream LTO marks the beginning of summer’s Sweet Tea Fest. “On July 21, we continue the celebration with ‘free tea day,’” she said. “We also offer a 30-day tea pass for $6.99, allowing customers to get unlimited sweet iced tea. After the promotion, we’ll see if more ice creams are in our future.”

Behind the Menu  Beverages  LTOs  Menu