Pizza sales have soared during the pandemic. The delivery- and family-friendly item drove record growth for Papa John’s, which reported that same-store sales rose 28% in Q2 of 2020. And same-store sales at Domino’s were up 16% in the second quarter ending June 30.

Banking on that surge, both chains are creating line extensions that are just as delivery- and family-friendly but provide consumers with more choice. 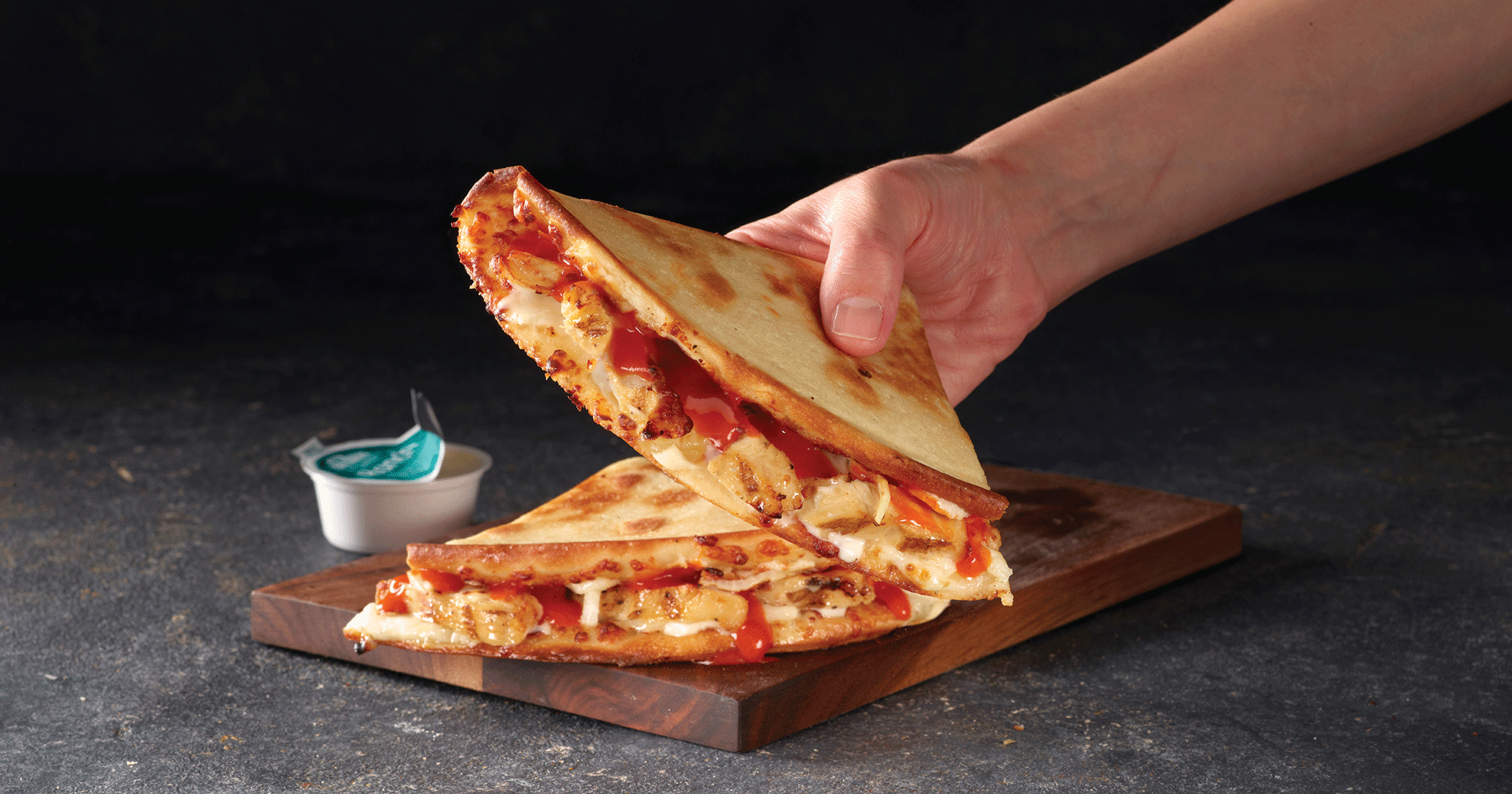 Earlier this year, Papa John’s debuted Papadias, a new category of folded flatbread sandwiches built on a base of the chain’s pizza dough. The chain reported in April that the sandwiches are not only boosting lunch business, they are generating incremental sales—customers are ordering them along with their pizzas.

The new addition, billed as a less messy, easier-to-eat alternative to Buffalo wings, is filled with grilled chicken and onions held together by melted cheese and flavored with spicy Buffalo sauce. Each order comes with a side of buttermilk ranch for dipping. 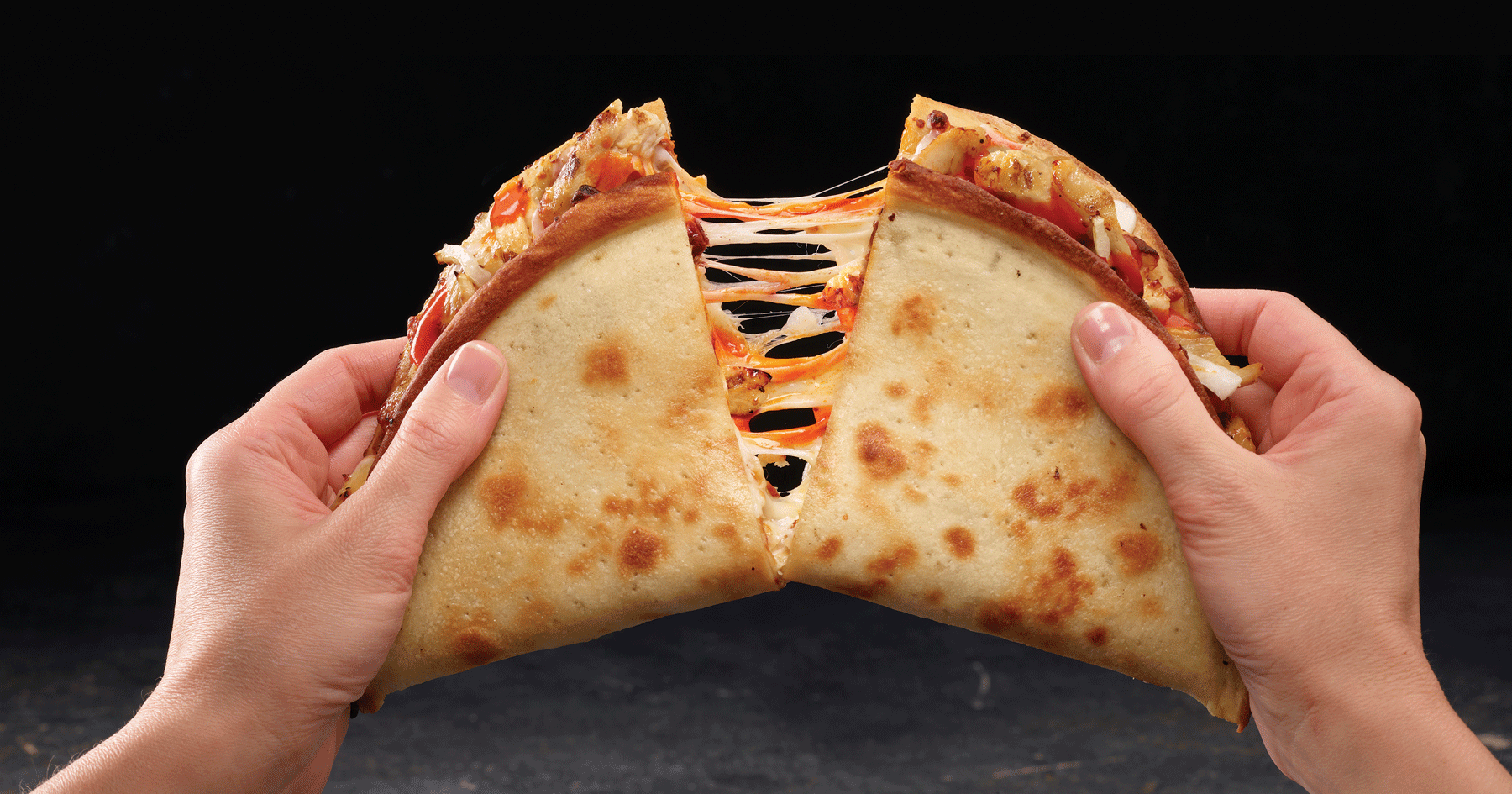 Targeted to at-home or on-the-road tailgaters, the chain is offering the new Papadia for a promotional price of $6 until Oct. 25.

Domino’s is sticking with its pizza platform but adding topping options that don’t travel particularly well in their original formats. The chicken taco pizza and the cheeseburger pizza repackage tacos and cheeseburgers respectively into specialty pies that are designed for delivery.

Domino’s is promoting a limited-time sweepstakes with one of its new pies. From Aug. 25-Sept. 15, customers can head to the chain’s Twitter or Instagram account on Taco Tuesdays and enter for a chance to win a free chicken taco pizza. 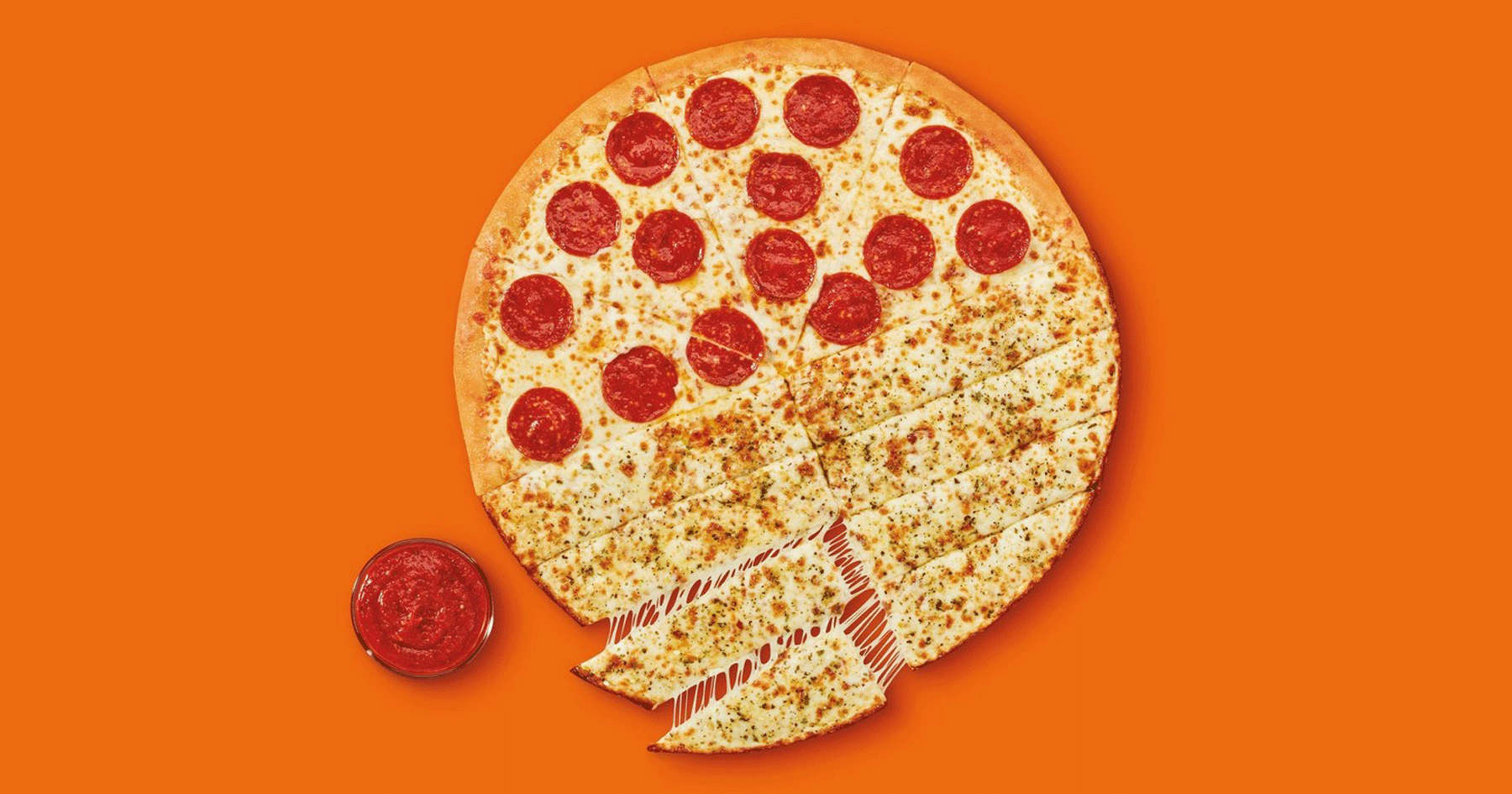 The pizza, which sells for $6, officially launches on Aug. 31 but customers can order it online for delivery or pickup starting on Aug. 24.