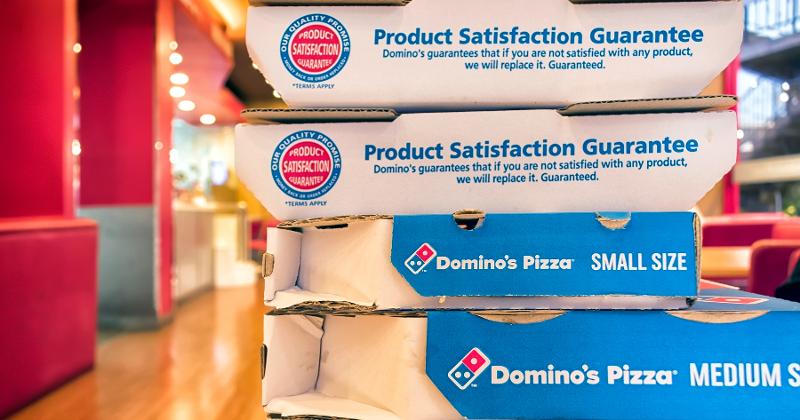 Same-store sales at Domino’s surged in recent weeks along with other delivery providers as quarantined consumers stayed home and had the food brought to them.

Yet the company said it could not say how long the surge in sales could last.

Same-store sales are up 14% this quarter through May 17, the company said Tuesday, including 21% since April 20.

“We are seeing a tailwind as consumer behavior across the restaurant industry has shifted toward delivery and carryout, though we are not sure whether this trend will continue for the remainder of the second quarter or how long it will last,” CEO Ritch Allison said in a statement.

The company’s international sales also appear to have turned a corner. They increased 3.3% the past four weeks, following a 1% decline in the first month. Same-store sales outside the U.S. are now up 1% so far this quarter, putting the chain back on a string of international growth that dates back to the early 1990s.

Still, international sales are “choppy, and may be for the foreseeable future,” Allison said, noting that sales are matching or exceeding that in the U.S. in some markets, while in others, franchisees are still dealing with opening limitations or store closures.

Domino’s results echo those of other takeout- and delivery-focused chains that have seen sales surge in recent weeks as consumers have emptied cupboards and opted for the relative safety of ordering delivery.

Wingstop’s same-store sales rose 33% in April, for instance. And they rose 27% at Domino’s rival Papa John’s.