It might not look all that different from other build-your-own pizza spots, but Denver’s Pizzeria Locale has one thing that others in the crowded segment do not—a partnership with industry icon Chipotle. 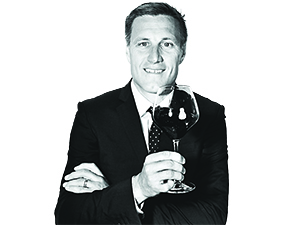 Business at this fast-casual restaurant (which has a full-service sister location by the same name) started off quiet, but “it’s picked up in the last two months,” says co-founder Bobby Stuckey, presumably thanks to news of the deal breaking in December.

Like similar operations (and Chipotle), guests at Pizzeria Locale make their way down the prep line, as staff “slap” dough, top pizzas and prepare salads to order. One thing that differentiates the concept, says Stuckey, is the preparation, which is on display for guests to see. Before approaching the line, customers pass a glass-enclosed “Dough Room” where the temperature and humidity are set to replicate the conditions of Naples. Pizzeria Locale also boasts a custom oven. “Neapolitan ovens are built to hit 1,000 degrees, because ingredients used for these pizzas are more delicate.” Its rotating hearth oven, which was three times the price of its full-service counterpart, cranks out pies a little faster with less margin of error.

Wine and beer also are crucial. While it’s an afterthought for other fast-casual operators, Stuckey says, “we chose wine ahead of time. We’re serving our two wines on tap, so there’s no waste. We’re able to offer [it] at a lower price point … and we’re selling a high percent.

How did the partnership evolve?
We are friends with [Chipotle founder] Steve Ells, and we’ve spent lots of personal time with him. We’ve always talked about this as something we wanted to work on.

Why now?
We took two years to get to the fast-casual method. A lot of the craze is from those who haven’t done pizza; they’re more concept people who are throwing darts at a board.

How involved is Chipotle?
They want us to run the restaurant. They aren’t really involved in the operations.

What have they contributed?
They’ve helped us a lot with back of the house, as well as with finance, finding real estate and dealing with landlords.