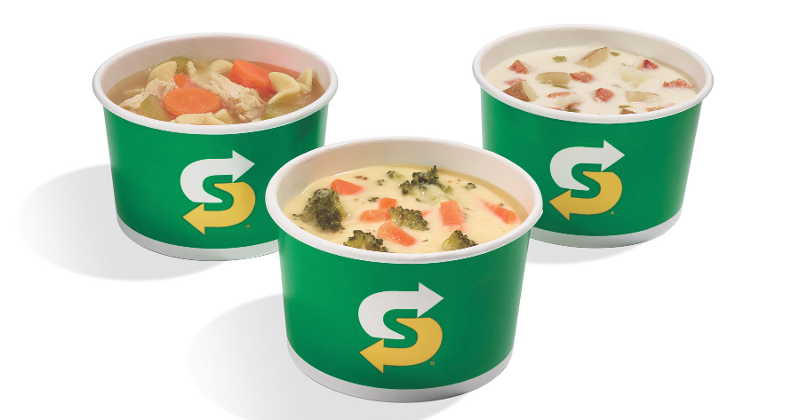 Subway is proclaiming the arrival of soup season, even if the weather remains on the warm side.

To celebrate the start of soup season, Subway is introducing Souped Up Weekends, offering guests a dollar off any of the soups on weekends in October, starting Oct. 7.

“We’ve stepped up our soup at Subway, with three refreshed recipes that will have our guests dreaming of sweater weather after their first sip,” said Paul Fabre, senior vice president of culinary and innovation at Subway, in a statement. “The Subway culinary team spent more than a year in our test kitchen tweaking our recipes to pack even more flavor into our fan-favorite side, and we can’t wait for America to taste the difference.”

Like the Subway Series of sandwiches, the soups play down customization and plays up chef-created recipes.

Subway has been working to overhaul its menu for several years, with the first signs appearing in July, 2021 when Eat Fresh Refresh launched, introducing 11 new and premium ingredients to the pantry. Subsequently, stores reported the highest unit volume since 2014, but profitability and sales have not yet caught up to pre-pandemic levels.

Subway is betting that a continuing emphasis on menu innovation will get the chain there.