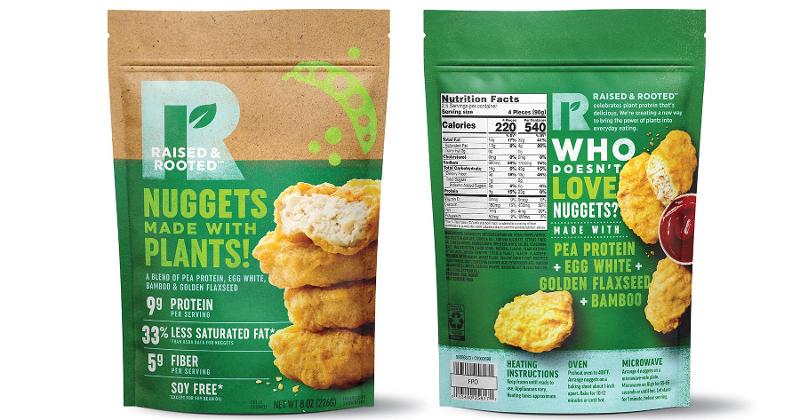 Add a big name to the growing market for plant-based meats.

Tyson Foods on Thursday announced its new Raised & Rooted brand, which includes both plant-based and blended protein products that feature both meat and plants. That makes Tyson the largest U.S. meat producer to enter the growing market for higher quality, plant-based versions of traditional meat entrees.

The move comes as two new entrants into the market, Impossible Foods and Beyond Meat, have generated strong sales in large part by working out deals with major restaurant chains to offer their products in burgers and tacos—while using the companies’ names in their marketing brochures.

It also adds a major restaurant industry supplier in the mix in Tyson, which has numerous restaurant chains in its customer base, such as McDonald’s.

However, it’s not the only major supplier that is eyeing the market. Nestle in April launched its Incredible Burger in Europe and said it plans to start selling a plant-based Awesome Burger in the U.S. this fall under its Sweet Earth brand.

Nestle also said that it is in talks with McDonald’s to extend its partnership in Europe. Nestle supplies the burger giant with the patties made in its Big Vegan TS burger in Germany.

Tyson had been telling analysts this year that it was planning plant-based products, making the announcement a foregone conclusion.

The nuggets are made from a blend of pea protein and other plant ingredients. The blended burger is made with a blend of Angus beef and pea protein, and the company says it has fewer calories and less saturated fat than other plant-based burgers.

In addition to its own products, Tyson Ventures, the company’s venture capital fund, has been investing in startup companies working on alternative proteins, including mushroom-based protein maker MycoTechnology and cell-based meat producers Memphis Meats and Future Meat Technologies.

Restaurant chains have been eagerly adding plant-based products to their menus, including White Castle’s Impossible Slider and Burger King’s Impossible Whopper, as well as the Beyond Star Burger from Carl’s Jr. and Del Taco’s Beyond Taco.

Investors have jumped on board, sending Beyond Meat’s stock soaring since its IPO last month.

The entrance of larger, existing industry suppliers adds competition and manufacturing capacity to the market, potentially making such products more amenable to larger chain customers and smaller companies squeezed out amid supply constraints.