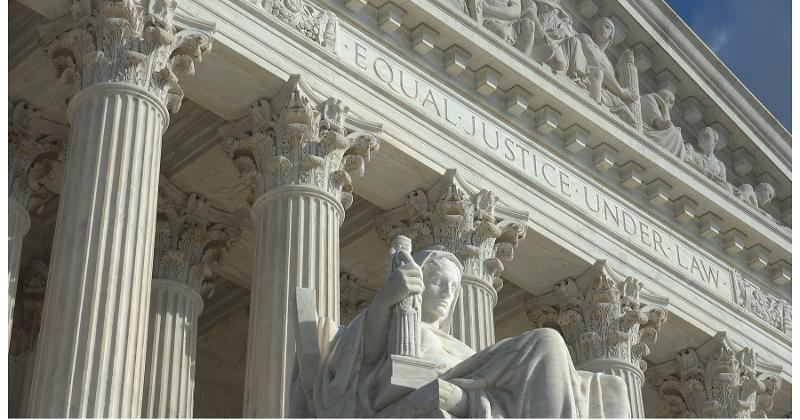 The U.S. Supreme Court agreed on Monday to hear a challenge of California’s ban on the sale of pork from hogs born or raised in pens that provide little room for the animals to move.

The measure, which became law through a 2018 ballot initiative, aims to ensure more humane treatment of animals grown for human consumption. Opponents in the pork industry say the space requirements would require a more sweeping changeover of growing conditions than most producers can make in the time allotted.

The result, they warn, will be shortages and a steep spike in the cost of pork. They note that restaurants and other wholesale buyers are already contending with a historic rise in their food costs.

The legal opening for the National Pork Producers Council and other opponents is the scope of the mandated sales ban. It extends to pork from pigs that were raised outside of California.

Plaintiffs in the appeal to be heard by the nation’s highest court argue that interstate commerce is regulated by the federal government, not states. Hence, they contend, the California measure should not stand.

The U.S. Court of Appeals for the Ninth District rejected that argument and upheld the validity of the ballot initiative. The Supreme Court will review that decision.

The situation holds implications for restaurateurs outside of California. Pork producers warn that the state-level measure would force pork producers nationwide to invest in new and more spacious enclosures for their animals, since the California market is so huge. Capacity would decrease because of the additional space each animal was allotted, and the investment would likely raise prices everywhere.

In addition, ballot measures similar to the one that passed in California have appeared elsewhere. Massachusetts faced a severe shortage of whole eggs heading into 2022 because of an earlier ballot measure that prohibited sales as of Jan. 1 from hens that were grown in cages with less than 1.5 square feet of horizontal space. Proponents of that 2016 initiative had argued that any smaller container virtually prevented the birds from moving from side to side.

The prevailing standard among growers nationwide is 1 square foot, according to those in the egg industry.

Opponents said the ban would reduce the supply of eggs that could legally be sold in the state by about 90%.

In the 11th hour, the state legislature passed legislation that allowed eggs to be sold from hens that could move up and down in multi-level cages.

The Massachusetts referendum also set new space standards for raising pigs, but enforcement has been delayed until late summer.

The amount of space that farmers provide their hogs has also become an issue for McDonald’s. Corporate raider and minority shareholder Carl Icahn has said he’ll seek two seats on McDonald’s board to ensure the burger giant meets its pledge of several years ago to stop using pork from hogs born in gestation crates, the narrow birthing pens that have been an agricultural norm.

The California law prohibits the sale of pork from animals that were born in the crates.

A Supreme Court case can take from days to years to be resolved.