I’m excited to refresh a regular column that has been a staple of Restaurant Business for years. Here are my picks for the week’s (give or take a day or two) best ideas—plus one of the worst. 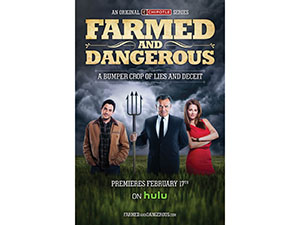 Idea No. 1: Olive Garden offers free babysitting. Take that, Grant Achatz!
Not that parents who had “tickets” for dinner at Chicago’s haughty and kid-averse Alinea will suddenly scrap them for a date night at Olive Garden, but the casual dining chain’s “Parent’s Night Out” promotion running in certain locations on Feb. 7 is just the kind of thing to get harried parents out of the house without compromising any of its family-friendly cred.

What’s brilliant is that the offer addresses the two big issues that keep many parents home—finding someone they can trust with the kids and forking over an extra 40 bucks to a sitter on top of paying for dinner. By partnering with an established kiddie venue My Gym and offering the service for free, Olive Garden wins the (date) night. Other operators, are you listening?

Idea No. 2: Brooklyn restaurant puts Beyonce on the menu
Italian restaurant Brucie has announced that it will serve a special Valentine’s Day dinner that is Beyonce themed. That means dishes such as Blue Ivy (the name of the pop star’s daughter), featuring smoked blue potatoes, chiriboga blue cheese, trout roe and watercress, as well as Jay-Ziti with “carter” clothbound cheddar, speck, sweet potato and sage pistu.

The stunt, er special, has been the talk of the news media, from Time.com to E! Online. Not sure yet how they’ll break it to the diners that the phrase “You are what you eat” is just an expression.

Idea No. 3: Operators go for the gold with Olympics promotions
No surprise: restaurants are targeting Winter Olympics fans with creative new promotions and menu items. Moscow Mules are flowing everywhere, but some operators are putting their own spin on the Games. The Graham Georgetown hotel in Washington, D.C., for example, will hand out free “Gold Medal Shots” every time the U.S. wins the gold. Chicago sports bar Sedgwick’s will host its own Olympic-inspired competition with events such as the “Ice Luge Competition” and bar games, every Thursday starting Feb. 13.

Idea No. 4: Oh, happy day
Red Robin has reset the clock on its happy hour, instead offering deals on adult beverages all day, every day—and not just at the bar. Starting Monday, Feb. 3, the casual dining chain will offer “It’s Red Robin Somewhere” specials on draft and bottled beers and several spirits for $3.50, $4.50 or $5.50 from the time the doors open—which is 11 a.m. at most locations.

Idea No. 5: Chipotle is so dramatic
In what sounds like an early April Fools prank (it’s not), Chipotle has announced that it will debut a four-episode miniseries on Hulu beginning Feb. 17 called “Farmed and Dangerous.” The satirical comedy will “explore the outrageously twisted and utterly unsustainable world of industrial agriculture,” its website promises.

Whether the show will ultimately sell more burritos remains to be seen. Says Motley Fool, “Even if millions of viewers tune into Hulu for the premiere, it’s impossible to say whether their viewing experience will subsequently heighten their cravings for a barbacoa burrito with pasture-fed beef.” The bigger goal may be getting people to think about how their food gets to the table, and to think about Chipotle when they do. The first step though, is to get them to watch. Judging from the “Farmed and Dangerous” trailer, with its JR-like tycoons, exploding cows and conniving vixens, it’s a good chance they will.

… And the worst idea of the week: Cat Cafes
Because cats + food = no.