It’s rare to hear of dog owners rising up in protest when an business posts a “No dogs” sign on the door. But when the sign says “No guns,” restaurateurs are finding themselves under fire. 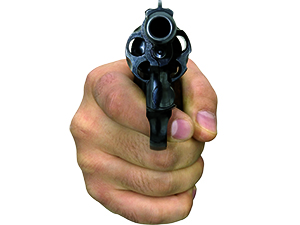 It’s a battle as old as the Hatfields and McCoys. But opponents seem unready to call a truce, even as Illinois, the last state to approve concealed carry, began letting people take guns into restaurants and elsewhere in 2014.

Restaurants can ban guests from carrying, but gun-rights advocates are coming down hard on those who do. Following a public brouhaha over a “No guns” sign at Toby Keith’s I Love This Bar and Grill in Woodbridge, Va., a local restaurateur launched a website listing gun-friendly businesses. In North Carolina—where the gun law was expanded in October 2013 to allow restaurant carry—one group has posted a blacklist of eateries it deems “high-risk” for not allowing guns.

While no one wants to lose customers, banning guns is a risk some are willing to take to ensure safety. “We understand we’re going to lose some business,” says Glenn Keefer, owner of Keefer’s in Chicago. “That’s ok if there are other places that are welcoming guns.”