When Chili’s Bar & Grill was gearing up to revise its employee handbook a few years ago, a little front-end research yielded some elightening results. Chris Ebbeler, senior manager of workplace community at Brinker International, Chili’s parent, asked employees what they expected from the handbook. The replies were along the lines of “the legal department’s policies” and “how to get fired.” When asked if they ever read the existing handbook, most workers essentially said no, and one bluntly admitted, “I think it’s floating around in the trunk of my car.” 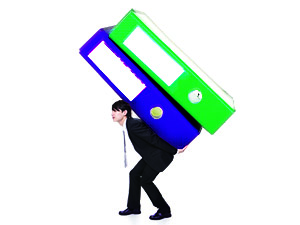 “We were spending money to get employees up to speed about the expectations of working here, but from Day One, we were creating a belief that the handbook is of no value,” Ebbeler says. So he went to the legal department and said, “We’re going to blow this handbook up.”

The changes, which included full-color pages, more graphics and less formal wording, shook things up for the better. Because the handbook was 20 pages shorter (with many details shifted online), production and printing costs were reduced 35 percent.

In follow-up surveys, 100 percent of Chili’s employees say they read the new handbook, and the feedback was positive: “I love the way it’s written ... because it made me feel like I made the right decision to work here,” was the sentiment, Ebbeler says.

Here are his tips for creating a page-turning handbook that will get read—and get results.

“For an older brand like ours, the handbook is a way to refresh our story, especially for those who weren’t born when Chili’s was founded.” To help new workers connect emotionally, Ebbeler’s team interviewed those who’ve been at Chili’s since it started.

“If our employees think the handbook was written by the legal department, we’re shooting ourselves in the foot,” says Ebbeler. So now, in a section titled Do the Right Thing, for instance, the handbook reads: “There’s nothing gained for us to fire you. Here are the guardrails to help you. Stay in between them, and you’ll do just fine.”

“Traditionally, the handbook is where you put every policy and procedure. We turned that model on its head and asked, ‘What’s the bare minimum we need to tell them?’” says Ebbeler. The new handbook conveys the basics and directs people to the employee website for more details.

Loop in legal in a new way

Legal, as well as the marketing and public-relations departments, were included in the process. “The handbook is the perfect collaboration between departments,” says Ebbeler. “We went over every page together and talked through everyone’s concerns. Ultimately, everyone was happy with the relaxed, more authentic approach.”

We followed up with employees within 30 days to ask if we delivered on our promise of an easy-to-read guide,” Ebbeler says. He got a unanimous “yes.” But you can never say you’re done, he says. “Policies change, leadership changes; some of those stories we tell may not be relevant in a few years.”