Sparks assumes the title from Anita Adams, who remains president of the fast-growing family-dining chain.

At Black Bear, Sparks will be responsible for accounting, finance, treasury and risk functions. He will also play a role in franchise sales, real estate development and supply chain management, the company said.

He reports to Adams.

“Drawing from more than two decades of restaurant experience, including franchisor operations, Steve will be a trusted advisor and strategic partner on our executive team, and we look forward to his leadership at Black Bear Diner,” Adams said in a statement. 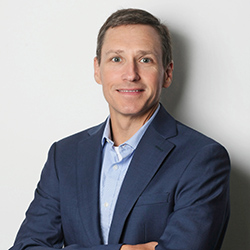 His appointment is the latest move by Black Bear to build an infrastructure for supporting the chain’s growth. In August, the regional brand hired Tammy Johns as chief people officer. It promoted Steve Standlea to chief concept officer in April, when it also added the president’s duties to Adams’ responsibilities as CFO.

Black Bear, which features oversized portions at all three mealtimes in a bear-themed setting, added 14 locations in 2018 to finish the year with 120 units, according to Technomic. The brand outdistanced its competitors in family dining with a 15.8% increase in systemwide sales, to $291.6 million, the research says.

The majority of Black Bear’s restaurants are located on the West Coast, with roughly half in California.