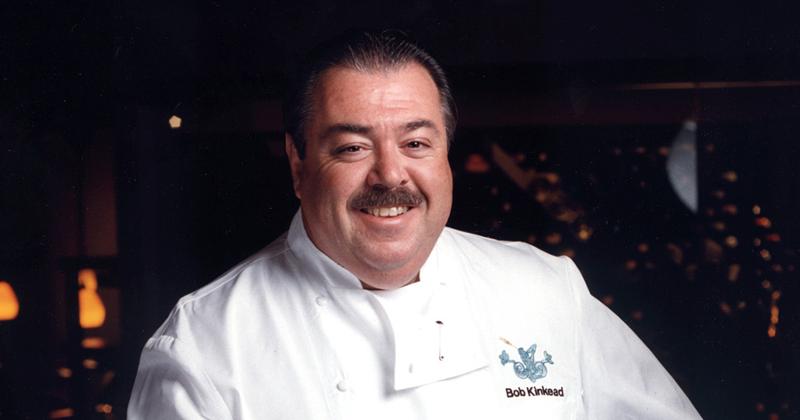 Bob Kinkead, the chef-operator who promoted fine dining even as he loosened up Washington, D.C.’s stuffy high-end scene, has died at age 67, according to former colleagues from the capital city’s restaurant community.

Kinkead laid the groundwork from the late 1980s to the beginning of the current decade for Washington’s emergence as one of the nation’s most vibrant dining scenes. His cooking at Twenty-One Federal and Kinkead’s restaurants proved that fine dining need not equate to flawless executions of coq au vin and other old-guard continental standards. With Kinkead’s—subtitled An American Brasserie, and his most celebrated establishment—Kinkead focused on seafood dishes based on what he’d learned in New England restaurants while teaching himself to cook. Although an acclaimed chef, Kinkead was self-taught—his college degree was in psychology.

Even if Kinkead’s had not been named after him, guests and staff would likely have known it as Kinkead’s restaurant. A man of great will, quick wit and considerable impatience, the lifetime chef infused the establishment with his personality. Back-of-house staff said they seldom laughed as deeply—or worked as diligently—as when Kincaid would step in to expedite on busy nights.

He could also be feisty in defending his livelihood. When full-service chain restaurants began elbowing their way into the D.C. market during casual dining’s growth surge in the 1990s, Kinkead pulled together big-name independent restaurateurs from across the nation to defend fine dining. They formed a group, the Council of Independent Restaurants of America (CIRA) with the intention of pooling their purchasing power to offset the leverage of big chains and to share best operational practices. Despite several starts and stops, the logistics proved insurmountable. But Kinkead would continue to rail against chain restaurants as a blight on America’s restaurant scene.

Although Kinkead had a famously quick temper, underlings say the bluster masked an outstanding warmth and level of personal support, particularly for promising underlings. He would train a number of the city’s outstanding chefs and restaurateurs, including Ris Lacoste, Tracy O’Grady, Jeff Black, Mike Huff, Logan Cox, Will Artley and David Collier.

Kinkead came to Washington in the late 1980s to cook and monitor his minority stake in Twenty-One Federal, a sister of 21 Federal in the seaside getaway of Nantucket, Mass.  Although the D.C. outpost quickly became a favorite of D.C.’s power elite, the restaurant could not overcome what Kinkead loudly cursed as a poor business foundation, including a bad lease. When it closed in 1993, he opened Kinkead’s in short order. The restaurant would have a 19-year run.

Kinkead also operated Hell Point Seafood and Colvin Run Tavern, also in the greater D.C. area. In 2004, he and his younger brother, chef David Kinkead, opened a restaurant in Boston called Sibling Rivalry. Each chef would offer their riff on a particular showcase ingredient such as fennel or pumpkin. It closed in 2013.

He had long suffered from diabetes and heart disease.