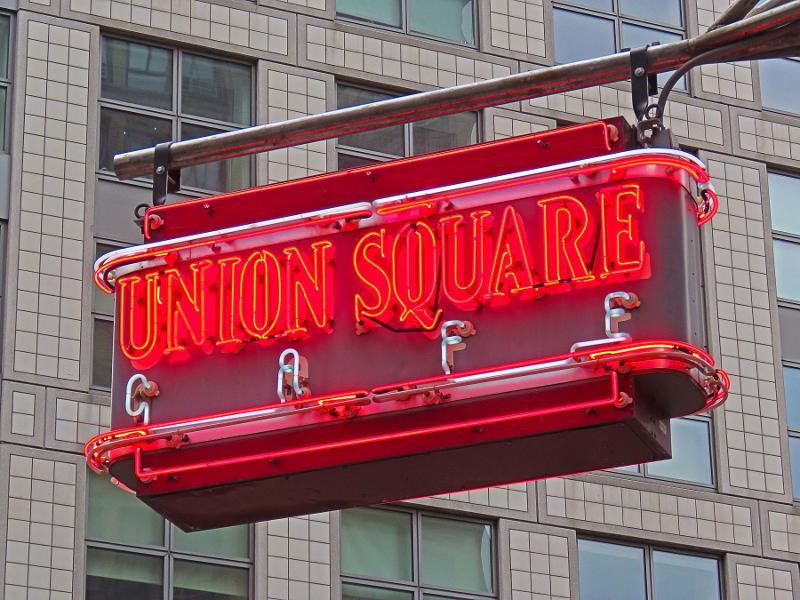 Editor's note: We're re-running this piece from March 2015 as Danny Meyer steps down as CEO of Union Square Hospitality Group. Meyer was the inaugural winner of the Restaurant Business Restaurant Leader of the Year award.

More than three decades ago, the then-publisher of Restaurant Business brought his son, a bartender at an upscale New York City restaurant, to the National Restaurant Association’s annual convention in Chicago. The youngster wanted to learn more about the industry he’d just entered, but what really excited him was hearing the intentions of a young restaurant wannabe who sat next to him during one of the educational sessions. This newfound acquaintance was going to open a fine-dining restaurant in New York that would be unlike anything the local scene currently sported, the son explained to his skeptical dad.

His name, the young man said, was Danny Meyer.

Rare today is the restaurateur who doesn’t know the name or the achievements associated with it. Meyer has continued to thrive as an entrepreneur, opening such new ventures in recent months alone as a standalone bar (Porchlight), a pizzeria (Marta) and a new fine-dining place (Untitled) helmed by longtime Gramercy Tavern chef Michael Anthony.

Meyer’s thinking on his leadership has evolved along with the portfolio of Union Square Hospitality Group, which he serves as CEO. In an interview conducted two months after the IPO of Shake Shack, a spin-off he serves as chairman, Meyer shared his take on the challenges of transitioning from entrepreneur to corporate chief.

Taking your hands off

“I finally got comfortable about five years ago with being the CEO of a restaurant company and not a restaurateur,” says the 30-year veteran of the business. Prior to that, “we weren’t printing our daily specials for lunch without me going over the font.” He views his evolution from doer to leader as a responsibility to his employees and customers. USHG’s people need to grow into new roles, building on the foundation of the skills they’ve honed and the knowledge they’ve amassed, and patrons deserve to benefit from that acumen. “You wouldn’t want me behind the bar at Porchlight mixing your cocktail,” he says.

“The restaurateur will always be in me,” he says. “Marta, Porchlight and Untitled are the first restaurants where I didn’t chose the architect. Do I care who that architect is? You bet. But I have to leave that to someone else. People who have really, really good talent also want some autonomy.”

How he defines his current role

“My job is to plant the garden with the right potential leaders,” he says. “The soil is our culture. The number one priority I have, next to strengthening our culture, is getting the right people aboard.”

How he maintains that culture

“I host a meeting every four weeks with anyone who has joined our company—if you’ve joined us in the prior four weeks, you’re in that meeting,” he says. “We’re not going to talk about how you serve from the left. We talk specifically about the culture. I challenge you to come into any of our restaurants and ask any employee what our culture is. I’m confident you ‘ll get the same answer” regardless of whom is asked.

There’s also a positive inertia that comes into play.  “The culture itself attracts the sort of employees who are proponents of it,” he says.

Maintaining his signature employee focus as the company grows

One of the most frequent questions he gets, says Meyer, is “how are you going to shield that culture from diluting or regressing. You’d think that it would—it was something I struggled with for years.

But, in fact, “it’s gotten easier with each passing year,” he says. Associates rising into a leadership capacity were steeped in the culture, and its contribution to USHG’s success is self-evident.

Just to make sure, Meyer reached outside of the industry to hire a chief culture officer, Erin Moran, whose sole job is nurturing the specialness of a culture built on Meyer’s concept of enlightened hospitality.

Translating that culture to a public company

The securities documents filed for the IPO of Shake Shack included an impassioned explanation from Meyer of enlightened hospitality’s importance to the retro burger chain’s ongoing success. The case for putting employees first was also made repeatedly during the pre-offering roadshow to investors. “We’re not going to change the way we do business just because of the IPO,” Meyer says. “We want to make more money than we did last year, too.  The only way that is sustainable is if you have a virtuous cycle,” a regard for employees, patrons, the community and suppliers along with shareholders.

“We’re still in a surreal moment with Shake Shack. ‘What the heck was that all about?’”

Why he decided to diversify the business

“About four years ago, some of my senior leaders and I had the wonderful moment of seeing someone from our organization go out on their own,” Meyer recalls. “It felt great to have these wonderful alums go out and do their own thing.

But the group was stunned by the comment of USHG president Jeffrey Flug. “Jeff asked, ‘As good as this feels, would it feel bad if some of these leaders could indulge their entrepreneurial spirit and not have to leave the company?’” Meyer recounts.

The whole senior leadership team was convened and told, “we are going to change things so you leaders are in a position to bring us your ideas, and you’re going to get some ownership in it as well.”

More restaurants, definitely, but “we’re still only going to open restaurants if there’s a need, if it can provide leadership and distinction in the category it servers.”