“Leaving Subway was a hard decision for me, especially given the really great things happening at Subway right now,” Walker told RB. “This was more of a personal decision for me, than a professional one. [CEO Trevor Haynes] and the team at Subway have my admiration and respect. Trevor especially has been a fantastic boss, and mentor, and someone who I’ll continue to admire.” 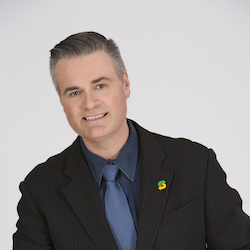 It also comes amid a time of turmoil for the Milford, Conn.-based company, the world’s biggest restaurant chain by unit count. Subway operates 44,000 locations worldwide.

Tripodi told the publication Marketing Week that his three-year tenure at Subway was “one of the most challenging jobs I’ve ever had.” He said the privately held brand was “isolated” and required “significant transformation” across the business.

Yet it has struggled in recent years to generate sales and has been closing locations in its U.S. market.

Suzanne Greco, who became CEO in 2015 following the death of her brother and the chain’s founder, Fred DeLuca, retired last May. She was replaced on an interim basis by Haynes, who remains the chain’s acting CEO.