Jim Mizes has retired as the CEO of Blaze Pizza, which on Tuesday named Amanda Shaw interim CEO as it looks for a permanent replacement.

Shaw has been the chief financial officer of the Pasadena, Calif.-based chain since 2018, and the company said she has worked with Mizes “to ensure a smooth transition for the business.”

Blaze said in a statement Tuesday that its board of directors has formed a committee to search for a permanent replacement “and will consider both internal and external candidates” for the job. 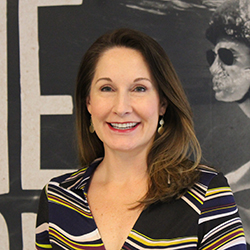 System sales last year rose more than 20%, according to information from Restaurant Business sister company Technomic. System sales have grown from just $6 million in 2013 to more than $300 million last year.

The company is working to bolster its technology and especially delivery as it prepares to take on larger pizza chains—it has tested larger pies in part to generate more takeout sales.