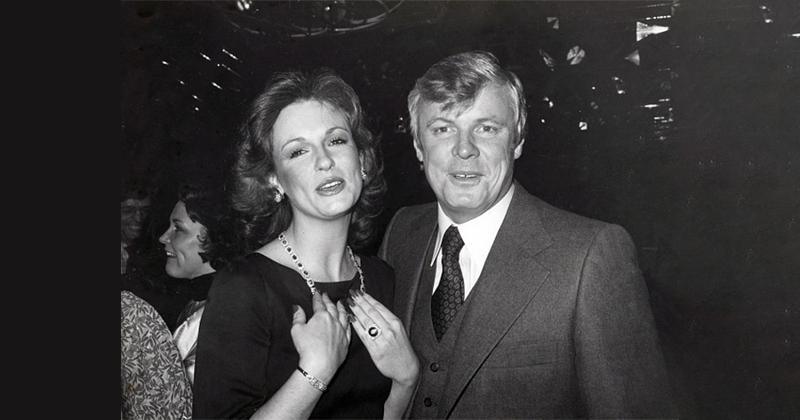 John Y. Brown, a charmer who flitted between business and politics, building the KFC and Kenny Rogers Roasters restaurant chains along the way, died last week at age 88 of complications from COVID-19.

The native Kentuckian left his mark on the fast-food business when he purchased the chicken business of fellow Kentuckian Harland Sanders in 1964. At the time, Sanders had licensed his unique chicken prep method to about 600 restaurants. The poultry was coated in a mix of 11 herbs and spices and cooked in a pressure cooker to infuse the flavor into the meat. It was called Kentucky Fried Chicken to position the product as an exotic Southern specialty.

In exchange for use of the recipe and the Kentucky Fried Chicken branding, restaurants paid Sanders a nickel for the equivalent of each chicken they sold.

Most of the restaurants used a full-service model. Original franchisee Harman Enterprises, for instance, used servers on roller skates to take orders and deliver meals. Kenny King’s, in Cleveland, had more of a diner set-up.

By that time, Brown had talked his wife into opening a barbecue restaurant. He met with Sanders to discuss adding Kentucky Fried Chicken to the venture’s menu.

The entrepreneur, barely out of his 20s, saw a way of getting into the then-booming fast-food business. He and partner Jack Massey bought the operation from Sanders for $2 million and recast the concept as a limited-service brand.

Under Brown’s stewardship, KFC would surge quickly to 3,500 stores. He sold the brand in 1971 to Heublein, a liquor distributor, for $284 million.

Brown then diversified into the pro-sports business, using some of his proceeds to buy the Kentucky Colonels franchise of the fledgling (and relatively short-lived) American Basketball Association. Through a turn of events, he eventually became involved with the Boston Celtics.

He also used some of his newfound wealth to buy a restaurant chain called Lum’s, whose specialty was a hot dog steamed in beer.

Not long afterward, he plunged into the burgeoning fast-food burger segment by launching a concept called Ollie’s Trolley. Aimed at families, it featured model trains as a motif. In some units, the trains delivered burgers to patrons’ seats.

Though Brown reportedly profited significantly from those ventures, the success would not rival what he’d delivered at Kentucky Fried Chicken.

He attempted to recapture big-time success by launching a quick-service chicken chain that played off his notoriety. But John Y’s Chicken flopped.

Brown tried again in 1991, this time banking on the proven celebrity status of pop-music star Kenny Rogers. The two collaborated on Kenny Rogers Roasters, a rotisserie-chicken concept pitted directly against Boston Market, then called Boston Chicken. The latter had enchanted Wall Street with its promise of providing a “home-meal replacement,” or a meal of rotisserie-cooked meats and sides that families could buy fully cooked and serve on their dining-room tables.

Boston Market proved better at selling investors on home-meal replacement than it was at selling customers on the notion. It would falter, in part because of a surge in competition. Kenny Rogers grew to about 350 stores but would stumble itself, eventually filing for Chapter 11 bankruptcy protection.

While moving in and out of the restaurant business, Brown developed a taste for politics. He successfully ran for the governorship of Kentucky in 1979, campaigning on a pledge to run the state as if it was a business.

But a nationwide economic downturn assured that Brown would be  a one-term governor. He followed up that term with an announcement in 1984 that he would seek one of Kentucky’s U.S. Senate seats, but bowed out six weeks later, citing health concerns.

Along the way, Brown’s romantic life also became a source of notoriety. He courted and married former Miss USA Phyllis George, who would become one of the nation’s best-known sports reporters and commentators.

The relationship would spur Brown to take one more shot at the restaurant business. In the late 1980s, he and George launched a skinless-chicken concept called Chicken By George.