If Joe Erlinger is going to get his favorite McDonald’s sandwich, the McSpicy chicken sandwich, he’ll have to hope the company brings it to the U.S.

Fortunately for Erlinger, he’ll be in a position to do just that.

Erlinger this week was thrust into the position of president of McDonald’s USA, after Chris Kempczinski was elevated to CEO following the firing of Steve Easterbrook. It’s the latest promotion for a fast-moving executive with a long history at the Chicago-based burger giant. 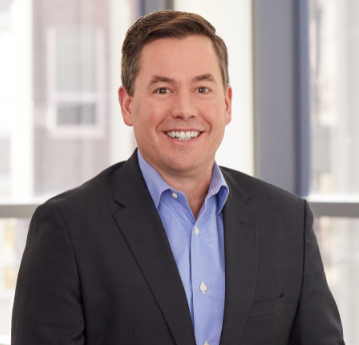 Erlinger has worked with McDonald’s since 2002, holding numerous positions in the U.S. and around the world. He was most recently president of the company’s international markets, which feature some of the chain’s most mature international countries, including the United Kingdom, Canada and Australia. Before that, he was president of the company’s high growth markets.

It was during his frequent trips to Asia that he developed a taste for the McSpicy. As head of the chain’s high growth markets, he orchestrated leadership changes and drove “high levels” of mobile app adoption across numerous markets. The larger international markets, meanwhile, have enjoyed 20 straight quarters of same-store sales increases, improving customer satisfaction and more delivery sales.

“He is a respected leader who is returning to the U.S. after working around the world for McDonald’s,” Kempczinski said in an email sent to employees Sunday. “He has a proven track record of driving strong results through collaboration with franchisees and a relentless focus on the consumer.”

Operators, for their part, welcomed Erlinger to the position, praising him in part based on his own operations background and extensive experience. Erlinger spent several years holding various operations positions, and many franchisees had hoped an operator would take the helm at the U.S. market.

Erlinger takes over the McDonald’s USA job at a complicated time. The U.S. business has performed well. Same-store sales have risen 5% year to date, including 4.8% in the third quarter ended Sept. 30.

That performance has come despite intense competition from the likes of Burger King, Wendy’s and Popeyes Louisiana Kitchen, not to mention Chick-fil-A and others.

The company has overhauled 9,000 locations in its new “Experience of the Future” image, a kiosk-centric design spearheaded by Kempczinski. McDonald’s has pushed delivery, added technology to its drive-thrus and experimented with other service models, such as curbside.

It also began serving Quarter Pounders with fresh beef cooked to order. That was a big change for a system that has long premade burgers from frozen patties.

At the same time, however, these efforts have failed to generate traffic, as have several attempts at value. The company has shifted from national value to more localized offers, yet transaction count has declined this year despite otherwise strong sales.

Though the company is getting customers who make larger orders and pay higher prices, operators are worried about the decline in traffic. McDonald’s is a huge chain that relies on customer count.

The push to remodel units led to some anger among franchisees last year, who formed the National Owners Association, the first broad-based, independent franchisee association in company history.

Though those relations have improved, there remains tension between the company and its franchisees that flares up periodically. Last month, franchisees were angered by the company’s comments to suppliers that the association is not a recognized franchisee group. More tension rose after the company asked some association board members to sign nondisclosure agreements.

In a statement, Erlinger called the U.S. market “the heartbeat of McDonald’s.” He also said he would work “with our franchisees to build upon the transformational progress in our largest market.”

“We have tremendous momentum to deliver on our brand promise to all of our consumers,” he said.