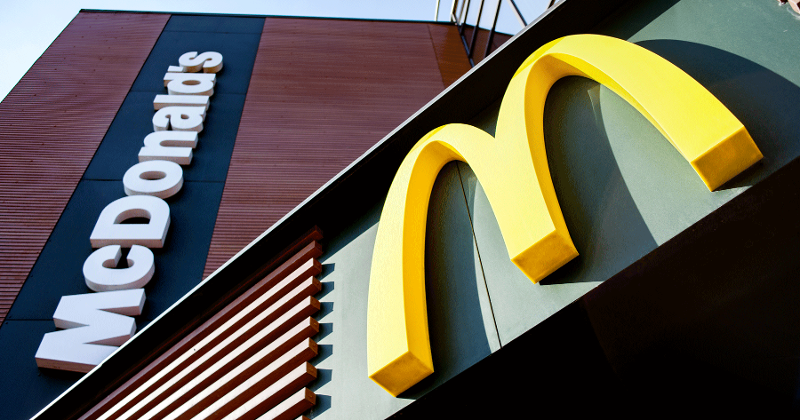 McDonald’s hammered its former CEO in a new legal filing on Monday, saying that Steve Easterbrook “abused the trust” of coworkers and others associated with the company by lying about his relationships with employees.

In a filing in a Delaware court, McDonald’s argued that its clawback lawsuit against Easterbrook has merit and that it was filed in the correct court. And the company repeated its assertion that its former CEO lied to the board when it asked him if there were other relationships with coworkers.

“As CEO, Easterbrook violated McDonald’s policies, disrespected its values, and abused the trust of his coworkers, the board of directors and McDonald’s stockholders,” the company said in its filing. “Easterbrook breached his fiduciary duties of candor and loyalty and fraudulently obtained a termination ‘without cause.’ To right those wrongs, McDonald’s filed this action.”

McDonald’s made its argument opposing Easterbrook’s request to dismiss the case. Easterbrook earlier this month said that McDonald’s should have sued in Illinois and argued that clauses in the separation agreement last year gave McDonald’s various benefits in exchange for the severance payment. He also argued McDonald’s had all the evidence when the two sides agreed to the separation.

“When McDonald’s investigated, Steve Easterbrook lied,” the company said. “He violated the Company’s policies, disrespected its values, and abused the trust of his co-workers, the Board, our franchisees, and our shareholders. His argument that he should not be held responsible for even repeated bad acts is morally bankrupt and fails under the law.”

The statement is the bluntest yet in McDonald’s emerging battle with its former CEO over a severance package Easterbrook was allowed to walk away with following his firing last year over a consensual relationship with an employee.

The company sued Easterbrook earlier this month, seeking a return of a severance package worth as much as $57 million. McDonald’s said that new evidence came to light in July that he had three additional relationships with employees, and that he lied about those relationships and destroyed emails on his phone revealing their existence. Those emails remained on company servers, which investigators uncovered after the new relationships were alleged.

McDonald’s has come under significant criticism for that agreement, and the latest dispute hasn’t quieted down that criticism. CtW Investment Group, a company shareholder, has called on board members, including Chairman Enrique Hernandez, to resign in light of what it calls a “soft-handed approach” to its former CEO’s wrongdoing.

That group reiterated the statement last week after the company said that its investigation into Easterbrook also discovered that he covered up actions of other employees.

Those new allegations center on David Fairhurst, McDonald’s former chief people officer who left the company the day after Easterbrook was fired. The Wall Street Journal on Sunday said Fairhurst has become a focus of the company’s investigation.

That investigation, and the Delaware lawsuit, has become a major problem for the Chicago-based burger giant, which in recent weeks has promised to become a more values-oriented company under Easterbrook’s successor, Chris Kempczinski. Fairhurst’s successor as human resources chief, Heidi Capozzi, has undertaken a complete review of the department’s functions and has started implementing changes.

The investigation of Easterbrook, and of the human resources department, have the potential to keep the topic at the forefront of McDonald’s news for some time. And the company has made it clear that it will not stop at its former CEO in its investigation.

“The board will follow the facts wherever they may lead,” the company said last week.