Aziz Hashim has replaced Jim Hyatt as president and CEO of Ruby Tuesday on a temporary basis following the casual-dining brand’s acquisition this morning by the private equity firm NRD Capital for about $335 million.

Hashim, the founder and managing partner of NRD, said he would lead the chain until a permanent successor for Hyatt can be found. 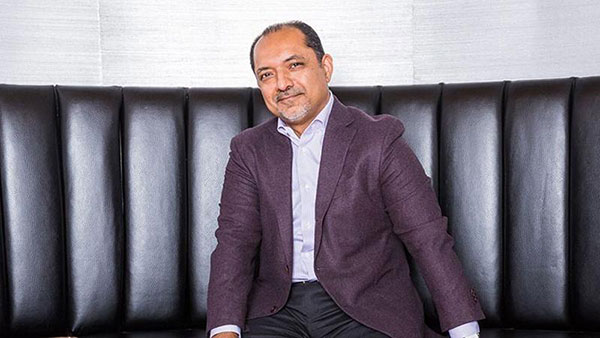 Ruby Tuesday, with 596 units, is now the biggest brand in NRD’s portfolio. The firm also has a controlling interest in Fuzzy’s Taco Shop, Frisch’s Big Boy and the South African brand Mike’s Kitchen.

Hashim is a seasoned veteran of restaurant franchising, though largely on the franchisee side. Before launching NRD, he was a franchisee of Popeyes, KFC, Domino’s Pizza and Taco Bell.

Only 55 Ruby Tuesdays are franchised, providing NRD with a significant refranchising opportunity.

The brand, one of the oldest in casual dining, has struggled in recent years to regain its core clientele following a disastrous shift upmarket, and aims to draw new customers. About 100 stores were closed as part of the turnaround effort.

Hyatt was brought in as CEO in April to engineer a turnaround that escaped a predecessor, JJ Buettgen, who had been replaced on an interim basis by Brinker International vet Lane Cardwell. Hyatt had come from the quick-service sector of the business, where he had led an effort to turn around Church's Chicken.

A month before he joined Ruby Tuesday, the casual-dining company's board revealed that it was exploring the possibility of a sale or refinancing.

“It is our belief that by leveraging the brand’s core strengths—investing in its people and product, exploring new opportunities for growth, and executing operational excellence initiatives across the company—Ruby Tuesday can once again generate excitement with diners,” Hashim said in a statement.