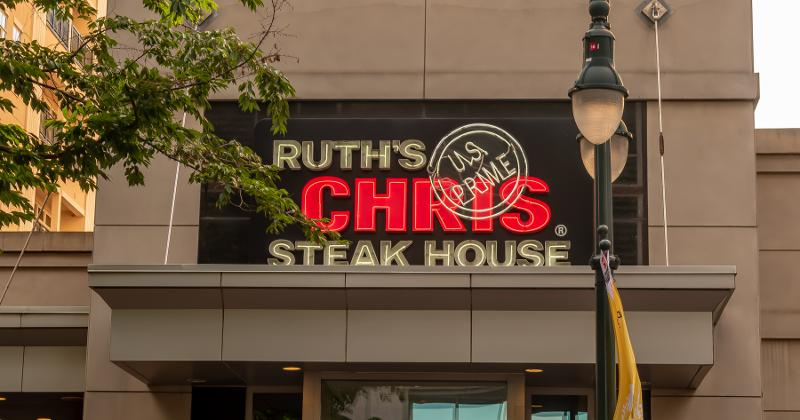 The EVP, CFO and chief accounting officer of Ruth's Chris parent Ruth's Hospitality Group last week was named chief operating officer of the steakhouse chain, a role she will take on alongside her existing duties.

Chipman joined the company in November 2020 after more than 25 years in financial positions at Orangetheory Fitness, Domino's and McDonald's. She has quickly become a valuable member of the staff, said CEO Cheryl Henry in a statement.

"We look forward to having Kristy as an increasingly important part of our senior leadership team as we execute against our plan in 2022 and beyond," Henry said.

Henry was COO before becoming CEO in 2018. The company has apparently not had a COO since then.

Chipman's annual salary was increased to $550,000 as part of the promotion.

Ruth's also hired a VP of development as it looks to speed unit growth. Robert Miles, a commercial real estate developer, was appointed to the role on Dec. 13. Miles was hired away from J. Alexander's Holdings, where he spent eight years as VP of real estate and development. He has also held real estate roles with Cameron Mitchell Restaurants, Bravo Development Inc. and Ruby Tuesday.

The Winter Park, Fla.-based chain had 151 restaurants worldwide at the end of 2021.

Starbucks does well in Italy, while Domino’s does not

Sweetgreen cuts 5% of workforce after warning on sales and profits