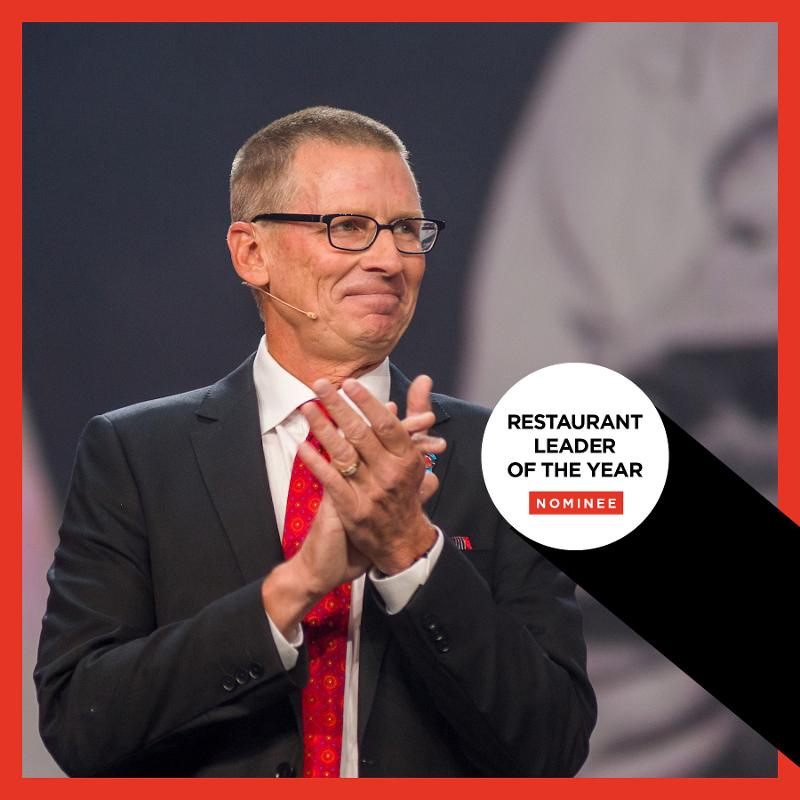 Mike Zak started working with Wendy’s in 1985, just as the burger chain was in the middle of its first attempt to add breakfast. A few months later, Wendy’s discontinued that effort and closed hundreds of stores, and Zak told his wife he might have to find another job.

So Zak, who is now a franchisee, was rightly skeptical when the company told him in 2018 that it was going to try breakfast again, for the fourth time.

“Not this again,” Zak said, when asked what he thought at the time. “Whenever we have a change in senior leadership, the playbook eventually gets to ‘Let’s try breakfast again.’ I thought we were going to avoid it with Todd, but it just took him awhile.”

He’s speaking of Todd Penegor, Wendy’s CEO, who took a big risk by making yet another run at the morning daypart that had dogged so many of his predecessors. To make matters worse, a global pandemic led to widespread closures of restaurants in the U.S. just one week after the introduction.

Yet the launch worked. By the end of 2020, breakfast represented 7% of the chain’s sales, a major win for the company, and every franchisee signed onto its renewal. That helped Wendy’s leapfrog rival Burger King to become the country’s second-largest fast-food burger chain. It also earned Penegor a spot among the finalists for this year’s Restaurant Leader of the Year award.

“The word I would use, and it doesn’t happen often in a franchise, is collaboration,” Zak said. “This was absolute collaboration from the inception of the conversation to building the menu to products, testing, the [profit-and-loss statement, or P&Ls]. A lot of things that happened were collaborative. By the time we got to the yes vote it wasn’t coercion. It made total sense to us.”

“I had street cred, with my dad being a franchisee, coming into the system.” —Todd Penegor, Wendy's CEO

Growing up with Wendy’s

Penegor is a uper—pronounced “you-per”—meaning he grew up in Michigan’s Upper Peninsula, in the 25,000-person town of Iron Mountain. Yet his Wendy’s roots grow deep. His father, an accountant, built the first Wendy’s in town in 1984.

“There was a McDonald’s on one side of town and, I’ll date myself here, a Burger Chef on the other side of town,” Penegor said. The elder Penegor ran that Wendy’s for 22 years before he sold the restaurant and retired.

Todd Penegor was a freshman at Michigan State when the location was opened. He would spend his summers helping with scheduling and payroll.

Penegor graduated from Michigan State and then got his MBA from the school. He then went to work at Ford in various finance positions. He jumped to Kellogg Co. and ultimately became president of the company’s Snacks division between 2008 and 2013. It had just bought Pringles to become the company’s largest business unit, overtaking the company’s notable cereal business.

“I never thought I would leave,” Penegor said.

But then he received a pitch from a recruiting firm looking for a CFO to work at Wendy’s in Dublin, Ohio. Emil Brolick, the company’s CEO at the time, said that Penegor could be his successor.

“For me it was an opportunity,” Penegor said. “I had a finance background. I had run a business. I could potentially grow into the CEO’s role. I would be one of the succession candidates. There was no guarantee, no promise. But he really spent time to mentor me.”

Also, Penegor said, “I had street cred, with my dad being a franchisee, coming into the system.”

Brolick is a legend in the Wendy’s business. He had guided the chain through a turnaround and the recession. And when he decided to retire in 2016, he handed the reigns to the uper son of a Wendy’s franchisee. It would not be an easy job.

But Brolick didn’t quite succeed with one of his efforts: breakfast.

It’s difficult to truly appreciate just how much skepticism there was in the Wendy’s system about breakfast.

Just about everybody else outside of Arby’s had breakfast. McDonald’s, Burger King, Taco Bell, Jack in the Box, Chick-fil-A all served in the morning. The success those other chains had with the daypart made it a tempting sales-building strategy for a succession of chief executives dating back to that mid-1980s experience.

But it just never worked and had almost become a running joke.

Brolick had his own run at breakfast coming out of the Great Recession before it was ultimately killed in 2013. “It’s very difficult to enter that space today and commit the kind of marketing resources that we feel would be necessary to really entrench ourselves successfully,” he somewhat famously told Bloomberg TV in 2014.

There was one thing about all those other efforts, however. “We never launched breakfast nationally,” Penegor said.

Indeed, the company would roll out breakfast regionally. Its competitors, McDonald’s and Burger King, would hammer Wendy’s in those markets with ads, the tests would stumble and executives would back off.

Wendy’s also had another advantage: It developed a strong social media voice that could make this effort work better than it had in the past. But the company needed to get those skeptical franchisees on board.

Penegor wanted franchisees to be on board. “Not just the head but the hearts of franchisees,” he said.

It was not an easy task.

“Honestly, the bottom line is I ran out of nos. The brand really let us go through this process. It was not easy. It would have been a lot easier to dictate. But they would have gotten compliance, but not the heart.” —Wendy's franchisee Mike Zak

Zak was a member of the “A Team,” a select group of franchisees who were chosen to analyze a new breakfast daypart and work through the process. At the time, Zak was the president of the franchisees’ marketing board.

“It was different [from previous efforts] from the very beginning,” Zak said. “The first interaction with us as a marketing board was, ‘What needs to be true for breakfast to get you excited?’”

Still, Zak said he was skeptical for a long time. “For most of that, I was a no,” he said. “I went into it with the mindset to tell this group why they’re wrong again.”

But, he said, the company ultimately resolved his concerns.

“Honestly, the bottom line is I ran out of nos,” Zak said. “The brand really let us go through this process. It was not easy. It would have been a lot easier to dictate. But they would have gotten compliance, but not the heart.”

Wendy’s would implement a breakfast that would focus on the drive-thru, with the dining room not open until 9 a.m. and with a model that could be done with just two to three workers. The menu was loaded with sandwiches that did not add many new ingredients to franchisees’ shopping list.

The focus was to make it operationally simple and easy to profit from. Operators were given an out in a year if they didn’t like it. That ultimately got franchisees on board with the launch.

“There was a lot of internal skepticism,” Penegor said. “We have a long-tenured franchise system. They had a lot of questions. But we wanted to bring the franchise community along for the ride.”

Breakfast launched last March, and in the first week, the system’s same-store sales were up 18%.

“And then the pandemic hit,” Penegor said.

“He really earned his stripes with the franchise system during the pandemic.” —Mike Zak

The system pivoted quickly. Wendy’s had planned to advertise during the NCAA men’s basketball tournament. When that was scrapped, the company had to shift its ad strategy.

The pandemic itself would hit the morning business hard. With fewer commuters, concepts that depended upon people driving to and from work lost an important source of sales.

“The timing couldn’t be any worse,” Penegor said.

But, “We knew it was still an opportunity to have another layer of growth,” he said. He knew, for instance, that the pandemic wouldn’t last forever.

Wendy’s quickly abated ad funds during the morning, which helped with the daypart’s profitability. And Penegor said the company’s breakfast business was fortuitous in one key area—it was built for drive-thru, which was the big winner during the pandemic. The dining rooms were already closed.

“We just had to be patient,” Penegor said. “People were going to come back to the same routine.”

Breakfast managed to get to 7% sales mix despite the pandemic, which the system considers a major victory, and the company’s franchisees remain on board.

It’s important to note, however, that breakfast isn’t the only reason for Penegor’s appearance among nominees this year. The company is focusing intently on other sales-building areas—notably international, where the company has just 947 of its more than 6,800 units. Wendy’s is also building its digital business and recently hired Kevin Vasconi away from Domino’s.

And, Zak noted, Penegor’s response to the pandemic got the entire franchise system behind him. “I honestly don’t know what he could have done better,” he said.

Zak last year was the chair of Wendy’s franchise association. “Literally from March 15 through April 23, the first six weeks, he and I talked every day, sometimes several times a day,” Zak said. “There were times he was listening at midnight. It was collaborative. He really earned his stripes with the franchise system during the pandemic.”

The five Restaurant Leader of the Year nominees will participate in an online panel discussion on May 25 in collaboration with the National Restaurant Association Show. You can register for the discussion here.