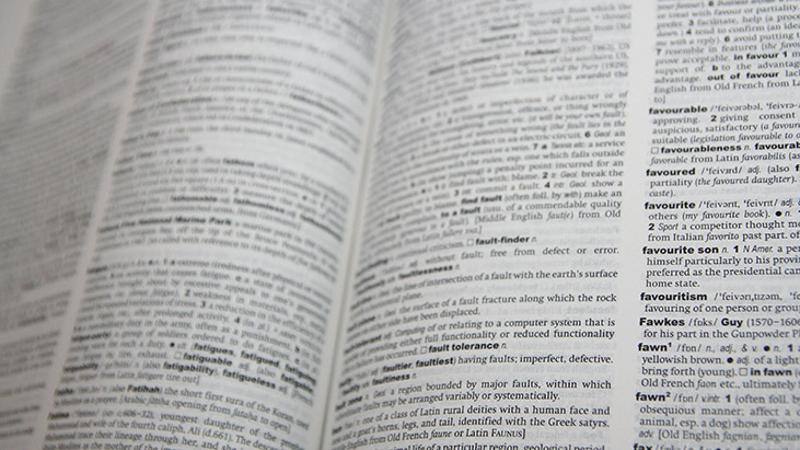 Every year, the dictionary has to update its list of entries. As an industry, we too have to revamp our vernacular to include terms and phrases flying out of the mouths of restaurateurs—and customers. Here’s a list of the buzzy phrases that caught fire among industry folks this year.

Formerly known as customer types. There’s a movement by researchers such as Technomic and Datassential to group consumers based on their habits and preferences, rather than their demographics. Instead of looking at age or generational group, operators can examine and understand consumers based on what’s driving their purchasing decisions, such as price point, health preferences and the need for convenience.

It’s a phrase Shake Shack founder Danny Meyer uses to describe the growing tide of chains focusing on high-quality food and service. “Fine casual means taking the cultural properties that fine dining, at its best, believes in,” he told Entrepreneur earlier this year. Fine-casual concepts, he explains, source responsibly, hire people who care about hospitality and sell products that match fine dining at a fraction of the cost, making the delivery far more democratic.

Marketing speak for “not putting off women.” The Habit Burger CEO Russ Bendel said at the National Restaurant Association show in May that his team strives to make the concept “a female-friendly place to have a burger,” a product traditionally aimed at young blue-collar men. About 45 percent of sales currently come from women, he said.

Another label being applied to Gen Z, the generation behind Millennials. The tag refers to the youngsters’ distinction of being born in the wake of 9/11, hence living their whole lives under the vigilance mandated by homeland-security concerns.

The term is rapidly supplanting “daypart” because it better reflects the eat-when-you-want mindset of younger consumers. If you don’t want a wedgie from cooler foodservice pros, stop referring to the “snack daypart.” It’s an afternoon occasion, bro.

A term christened by Technomic for a group of quick-service chains that see an opportunity in the market sliver between traditional fast food and pricier fast-casual concepts. Signature dishes feature better, more wholesome food than what’s offered at national chains like McDonald’s and Taco Bell, but for less than the double-digit price tag of the fast-casual market. Think Chick-fil-A, Culver’s and El Pollo Loco.

You may not know the term, but you know the activity: employees using their smartphones to do work tasks at home and personal tasks (such as updating social media) while on the clock. Restrict or embrace it? That’s the question facing bosses in all businesses, including restaurants.

As more restaurants partner with third-party delivery services such as Uber and Postmates, the benefits of the relationships are evolving, with a payback even in recruitment and retention. In the eyes of employees, these pairings aren’t just about outsourcing functions that a restaurant would struggle to provide; Blaze Pizza, for one, says it gets credit for aligning itself with the “better experience” and coolness of the shared-economy movement, the force behind such phenomena as Airbnb or Lyft.

Consumers’ strategy of knocking back drinks at home before heading out to a bar, thus spending less to build up a buzz. As a millennial speaker suggested at Technomic’s consumer conference in January, it’s not a new term, just one that might be unfamiliar to members of an older vintage. But the phrase is being stretched to cover strategic eating at home before visiting a restaurant, countered Baby Boomer Darren Tristano, a.k.a. Technomic’s president. With partially full stomachs, customers don’t have to order as much food, he explained.

It’s a term gaining steam among IT and operations folks to describe the kitchen bottleneck caused by climbing digital orders. Most kitchens are built to handle a certain number of orders, but smartphone apps and online ordering are pushing volumes past that threshold, taxing the back of house. Order-taking software must be “smart” enough to compute when additional orders will be ready—or if no more can be accommodated. Otherwise a kitchen will be throttled with too many orders coming in, putting cooks in the weeds and upsetting guests.

Voice of the customer

It’s a new position on restaurant payrolls. This year, operators constantly talked of all the Big Data available. But harvesting insights from the data pouring in isn’t as easy as looking at an online dashboard. To make sure they can make data actionable, operators are hiring data scientists to help interpret the information.

Instead of relying on the best-looking produce only, operators—especially at the independent level—are starting to embrace imperfect fruits and vegetables, such as oddly shaped root veggies or citrus that’s an off color. Chains are starting to test those waters, too. Fast-casual Sweetgreen and New York City units of Shake Shack added WastED LTOs to see if customers would buy into the idea of eating less-than-pretty food made from scraps that would normally be tossed.

Word of the year: engagement

It’s not a new term, but it is being used a lot more to measure success. Today’s diners are looking for more than just good food at a fair price from restaurants; they are looking for an experience and to build an emotional connection with brands. Because of this, operators are creating deeper touch points to further engagement. A sharp contrast to traditional marketing, they are looking to create digital, social and in-restaurant interactions that resonate with guests in a more personal, interactive way.