Any business owner who says he wasn’t at least a little jealous at the success of the simple but brilliant Oreo blackout tweet during the 2013 Super Bowl is surely lying. 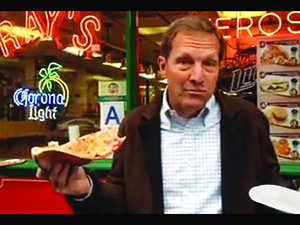 The post that spawned nearly 16,000 retweets, a dozen advertising awards and props from industry insiders has helped insert terms such as “moment marketing,” “real-time marketing” and “newsjacking” into every CMO’s 2014 strategy.

Since the Oreo post, companies, including restaurants, have tried to catch lightning in a bottle again with that next tweet or video to excite the zeitgeist. Results have been hit or miss.

While luck certainly is a factor, fun also is a key ingredient in many viral messages. When comedian Jon Stewart dissed Chicago pizza on The Daily Show, Marc Malnati, owner of Chicago-based chain Lou Malnati’s responded within days with a YouTube video (shot on a smartphone by his son) poking fun at the dig. The effort netted him a guest spot on the television show (which averages 2.5 million viewers a night) the next week.

There are no numbers yet, but Lou Malnati’s believes it saw more traffic when the episode aired. “It was a creative and fun way to hit a new audience,” says Mindy Kaplan, director of sales and marketing for Lou Malnati’s. “Food is such an emotional thing. Restaurants have the ability to jump on these opportunities.”

Also key is to jack news that matters to your audience. “The Superbowl might not be your moment. It might be the city council voting on something big,” says Mike Hayes, associate digital marketing manager for Ben & Jerry’s. “Know what your brand is, then find the right issue. If you’re trying to jump on everything, then you’re not standing for anything.”

Hayes’ team earned more than  10,000 retweets with a Twitter post a day after Colorado legalized marijuana. It read: “BREAKING NEWS: We’re hearing reports of stores selling out of Ben & Jerry’s in Colorado. What’s up with that?” and included a photo of an empty freezer with only one pint of ice cream left inside.

Messages like these are deceptively timely; while they may take only hours to develop (Ben & Jerry’s tweet was thought up, created and cleared in two hours), they require planning on the back end. “We did a lot of work last year developing how we could create content in house,” Hayes says. Now, Ben & Jerry’s has someone who takes photos for social media, copywriters and community managers. “We’re using everyone’s strengths to create great posts.”

While it’s difficult to track a direct correlation between 10,000-plus retweets and a bump in sales, companies say the results clearly are valuable. “The goal is not sales,” says Hayes. “The goal is to build relationships with our fans. These posts do it.”

The shift to 24-hour marketing has spawned these new terms