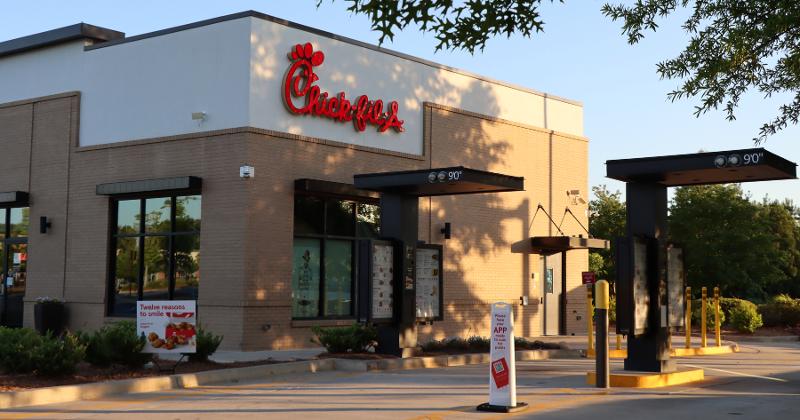 But that runs counter to consumers’ overall satisfaction with fast-food restaurants, which dropped 2.6% to 76 on a score of 0-to-100, with 100 being best. In general, consumers’ preference is for full service, where the ACSI score was 80.

The study, based on random interviews with more than 20,000 customers between April 2021 and March 2022, likely demonstrates that consumers have grown tired of fast food after more than two years of the pandemic, though consumers generally prefer full-service restaurants in the first place. It could also indicate frustration with staffing shortages, which during the survey were most acute at fast-food restaurants.

It’s also worth noting that satisfaction doesn’t necessarily translate into sales. McDonald’s, the country’s largest restaurant chain, remains dead last among major chains with an ACSI score of 68—a score that fell 3%. Yet McDonald’s same-store sales were up nearly 18% on a three-year basis in the first quarter. That made it one of the top-performing restaurant chains during the pandemic.

That said, Chick-fil-A has been among the best-performing big restaurant chains for years now. In the eight years that the chicken-sandwich chain has topped the ACSI rankings, its system sales have more than tripled, according to data from Restaurant Business sister company Technomic. That's the best performance over that period among the 25 largest chains, besting even the fast-casual burrito chain Chipotle Mexican Grill.

Chick-fil-A’s rating was unchanged, while many other top-rated chains fell—including Domino’s, whose rating fell to 78 from 80, and KFC, which declined to 78 from 79. Several chains including Dunkin’, Starbucks, Five Guys, Taco Bell, Popeyes and McDonald’s all fell at least 3%. Customers’ satisfaction with fast-food declined slightly or remained the same in all but one of the 11 categories measured. Only website satisfaction improved.

The survey also provided some discouraging news for smaller full-service chains, particularly on their app quality. Smaller chains fell into a tie with steak concepts Texas Roadhouse and LongHorn Steakhouse for an ACSI score of 80. One problem: The smaller chains’ mobile apps declined in popularity.

“The large group of smaller full-service restaurants experienced substantial deterioration in mobile app quality, contributing to a steep decline for the industry overall,” said Forrest Morgeson, assistant professor of marketing at Michigan State University and director of research emeritus at the ACSI. He noted that satisfaction with mobile app quality fell to 78 from 85, a steep drop that offset improvements in satisfaction with websites, reliability and variety.

“With fewer resources, smaller chains and independent restaurants are offering apps that aren’t making the grade per customers,” he said. “In contrast, positive shifts in both mobile app quality and reliability for several larger chains appear to reflect major app updates for these bigger industry players.”

Here are the rankings for large chains.

The ACSI ratings for full-service restaurants and for fast-food restaurants.