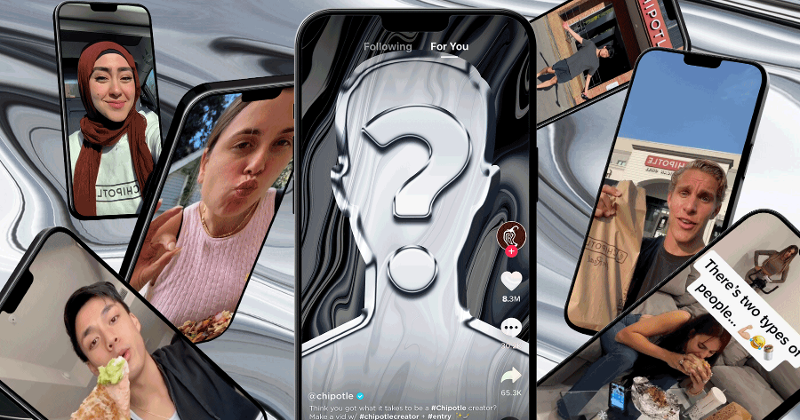 Chipotle Mexican Grill, which has been an innovator in its use of TikTok for several years, announced Thursday it’s turning to the video-sharing platform to find an influencer to work with the chain on its digital strategy.

With the launch of the inaugural Chipotle Creator Class, which includes viral stars and digital creators such as Newton Nguyen, Zack Fairhurst, Zahra and Moneysigneric, the fast casual said it seeks to “redefine the traditionally transactional relationship between creators and brands by taking a true creator-first approach that promotes collaboration and career growth,” according to a statement.

Chipotle is running a TikTok contest through Monday, inviting superfans to submit creative videos about the chain. The one with the highest number of votes from Chipotle and the Creator Class will earn the 15th spot in the group.

Up to three times a year, members of the group will meet with Chipotle to share concepts, ideas and strategies about the future of the chain and the “creator economy,” Chipotle said.

Participants are compensated for their time and can also earn 50 free entrees, a catered Chipotle party, exclusive Chipotle merchandise, a visit to the chain’s test kitchen in Irvine, Calif., a promo code for the influencer’s followers and priority consideration for future paid sponsorship campaigns.

“The Chipotle Creator Class is an entirely new approach to influencer relationships that focuses on rewarding, thanking and empowering our biggest fans,” CMO Chris Brandt said in a statement. “We are committed to providing exclusive opportunities to our most influential superfans who have done so much to help grow our brand.”

In 2019, Chipotle became the first major restaurant brand to harness the marketing power of TikTok, then a relatively new video-sharing social media platform. Chipotle has since run a number of marketing and engagement campaigns on the platform. And, in July, it became an early adopter of a new TikTok Resumes platform, which allows prospective employees to submit videos rather than just paper resumes.